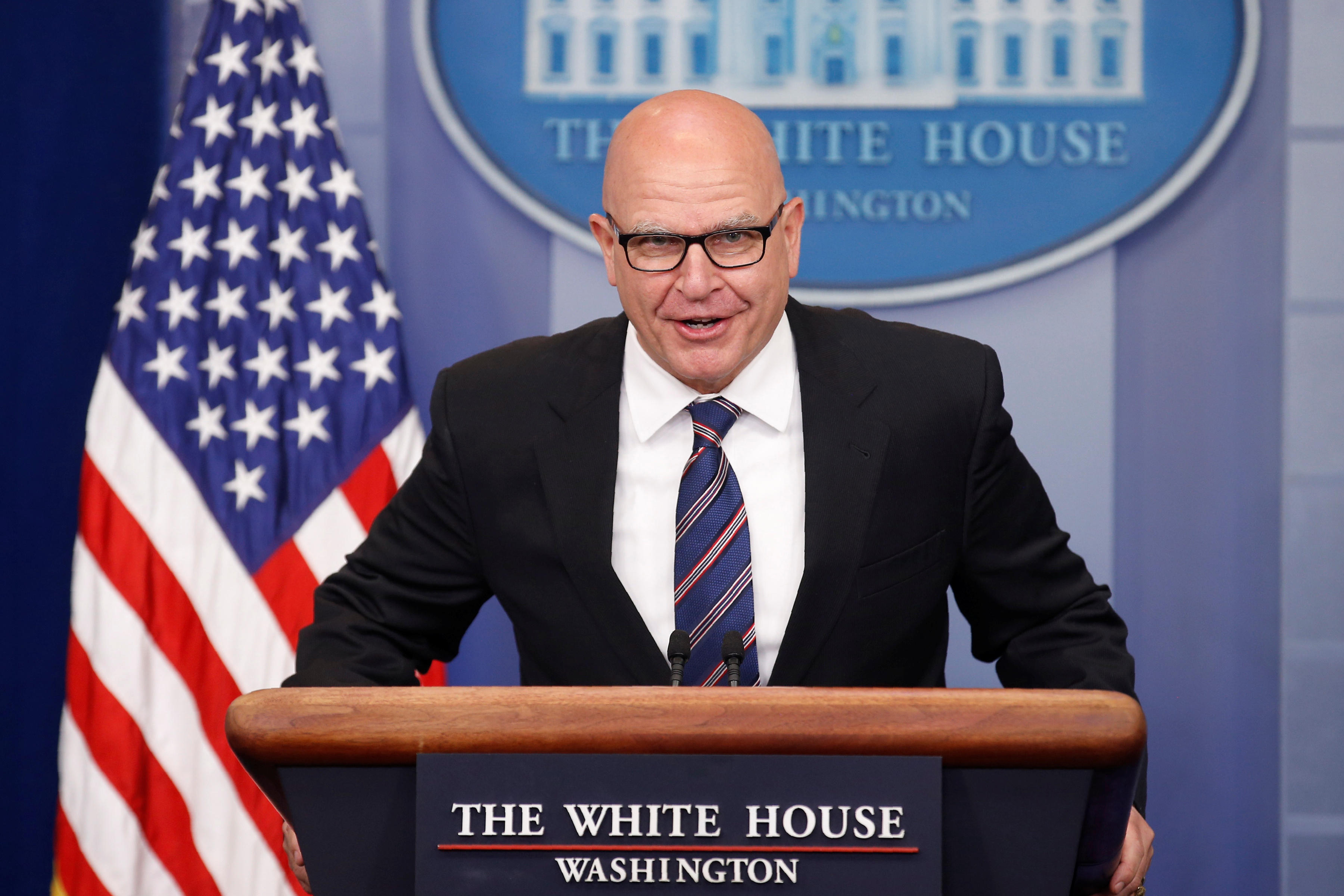 National Security Adviser Gen. H.R.. McMaster fielded questions again about reports Monday that President Trump had shared classified information with Russian officials at the White House last week. After the stories were posted, he delivered a brief statement to reporters Monday, calling the story "false" and refuting the reporting.

It was a statement McMaster stuck to on Tuesday when he briefed reporters, saying repeatedly that Mr. Trump's discussion with the Russian foreign minister was "wholly appropriate."

The disclosures may have endangered a key intelligence source involved with the campaign against the Islamic State of Iraq and Syria (ISIS), U.S. officials told the Post. A former intelligence official told CBS News that Mr. Trump discussed "something inappropriate" in the meeting with Russian officials last week.

Trump spoke in a joint statement with Turkish President Recep Tayyip Erdogan some time later where the president briefly commented on his meetings with the Russian foreign minister.

Trump wasn't aware of the source of the intelligence, McMaster says

McMaster said that the president wasn't aware of where the information came from and that he wasn't briefed on it.

McMaster said that U.S. national security is "put at risk by this leak and by leaks like this."

"It was nothing that you would not know from open-source reporting," he said. "It had to do with operations that are already ongoing that had been public for months.

He said none of them felt that the conversation Trump had with the Russians was inappropriate.

McMaster was asked if he was denying that the president revealed information that was given to the U.S. by an intelligence partner. McMaster said he won't discuss what is and what isn't classified.

"What I will do is tell you that in the context of that discussions, what the president discussed with the foreign minister is wholly appropriate in that conversation," he said.

McMaster said that he's not going to be the one to confirm information that could "jeopardize our security."

A reporter asked McMaster if the president believes that the Western Wall is part of Israel. He dodged the question and said that no Israeli leaders will join Trump at the wall, but he's visiting it because it's in connection with the theme of connecting with three of the world's great religions, McMaster said. He said the president wants to convey that they're united against the enemies of all civilized people.

McMaster was asked if he sticks by his assertion that the Post story that said the president shared classified information with the Russians is "false." He said, "I stand by my statement that I made yesterday."

He said that the premise of the story if "false" and that Trump's conversation with Russian officials last week were not "inappropriate" and didn't result in a lapse of national security.

He said that the "real issue" is that national security has been put at risk those violating confidentiality and those releasing information to the press.

McMaster said that Secretary of State Rex Tillerson will join Trump for most of the trip, which they'll depart for on Friday. The first stop is Saudi Arabia where McMaster said the president will have coffee with the king, attend a royal banquet and attend a signing ceremony for Saudi security and economic cooperation. He'll also attend bilateral meetings with Gulf state leaders and meet and have lunch with leaders of more than 50 Muslim nations where McMaster said Trump will deliver "an inspiring but direct speech" on the need to confront radical ideology. He said that the speech is intended to "unite the broader Muslim world."

In Israel, McMaster said Trump will meet in Jerusalem with Israeli President Reuven Rivlin, lay a wreath at Yad Vashem and visit the Israel museum. He will also meet with Israeli Prime Minister Benjamin Netanyahu and have dinner with him and his wife. The next day, McMaster said that Trump will meet Palestinian Authority leader Mahmoud Abbas in Bethlehem, visit the Church of the Holy Sepulchre and say a prayer at the Western Wall.

He will then continue on to Rome where he'll visit the Vatican and tour St. Peters. He's also expected to meet with the king and prime minister of Belgium, the heads of state. and will travel to the European Union headquarters in Brussels to meet with presidents of the EU and the European Council. He'll also visit NATO and repeat the U.S. commitment to the alliance.