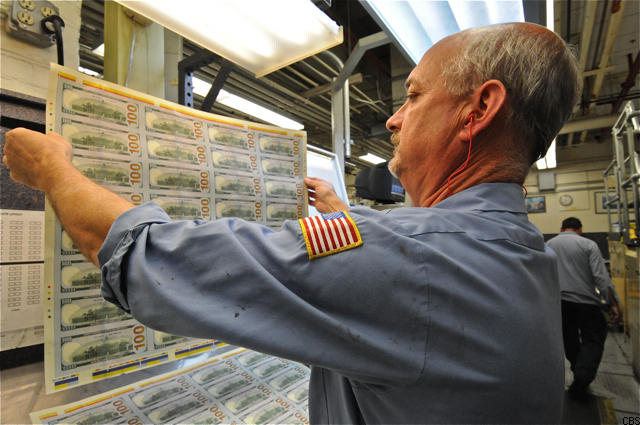 (MoneyWatch) ANALYSIS House Speaker John Boehner released a statement noting that the national debt has crossed the $16 trillion threshold, and that it has increased by $5 trillion since Obama took office. "This debt," he says, "is a drain on our economy."

Speaker Boehner is making two claims. First, that the debt is the result of Obama's policies, and second that the debt is harming the economy. On the first charge, it's true that Obama's policies have added to the debt, but they have only contributed around $1.44 trillion -- about half of that in the form of the stimulus package. The tax cuts, wars, and other policies enacted before Obama took office, by contrast, opened up a $5.07 trillion hole in the budget  -- over three times as much. So if there is blame to be apportioned, a good share of it must go to President Bush, as this chart illustrates.

But how could it be that Obama's policies only contributed $1.44 trillion to the debt when it has risen around $5 trillion since he took office? The answer is the recession. During a recession tax revenue falls as income falls, and spending on existing social services such as unemployment compensation and food stamps increases. The result is a larger deficit. However, Obama didn't cause the recession -- it was already well underway when he took office -- and he cannot be blamed for the debt we've accumulated as a result of the downturn.

As to the second charge, that the $1.44 trillion in debt Obama created harmed the recovery, there is considerable evidence that the opposite is true. The increase in debt, which was largely the result of the stimulus package, didn't turn things around and propel us into recovery. Our problems were far too large for that. But it did stop things from becoming even worse. Thus, contrary to the claims being made by Speaker Boehner, the stimulus made conditions better than they would have been without it.

That's not to say that debt is harmless. The main risk from accumulating large amounts of debt is that it will drive up interest rates, reduce investment, and harm future economic growth. There are two ways this can happen. First, when the government attempts to borrow to finance an increase in government debt, the increased demand for loans drive up the price of loans, i.e. it drives up interest rates.

This is a big problem when the economy is near full employment. The economy is thriving, loans are in short supply, and an increase in the demand for loans to finance a higher government deficit has a significant impact on interest rates. But when the economy is operating far below potential, as it is  currently, and money piles up in banks and corporations, there is little if any upward pressure on the price of loans, i.e. interest rates, when the government borrows more to finance a higher debt level. This means that, unlike at full employment, there are net positive effects from deficit spending. However, once the economy gets back to full employment it is essential that the debt level be stabilized to avoid rising interest rates that can reduce investment and harm economic growth.

The second way that increased debt can drive up interest rates occurs when the debt crosses a critical threshold and lenders get nervous about the ability to repay loans. In response they will demand higher interest rates -- a risk premium -- to compensate for the increased risk of default. As interest rates rise, the debt is harder to refinance, worries escalate, interest rise further, and this continues until the debt load becomes overwhelming. This is the "Greece" scenario that everyone worries about, though many people ignore the fact that we can print money to pay our debts while Greece cannot (since it is a member of the euro), and that makes it much less likely we will face this type of trouble.

Currently, there is no sign that the people who lend us money (i.e. purchase our government debt) are worried about our ability to repay the money we borrow. Interest rates are at rock bottom levels, and despite the dire warnings that have been coming for several years from some analysts that higher interest rates are just around the corner, investors have continue to view our debt as one of the safest places in the world to park their money.

There is, however, a longer run worry. If the debt continues to escalate as projected, we could surpass the critical threshold where our creditors begin to worry about the default risk on our debt. There is nothing to suggest we are close to that point yet, we still have time, but there is plenty to suggest that if we do not get the deficit under control in the longer run, this could be a real worry.

When thinking about our long-run debt problem, it's important to recognize that the problem is mostly rising health care costs. All other problems, including Social Security, pale in comparison. It's also important to recognize that this is not a government problem: Private sector health care costs are rising just as fast or faster, so simply shifting the burden away from government is not enough to solve the problem. In one way or another -- and which way is the source of much of the rancor between the parties -- the health care cost problem must be addressed.

Speaker Boehner's warning about rising debt levels is accurate in the long-run. We do have to solve our health care cost problem to avoid highly risky debt levels, and to make some other adjustments as well. And in the more immediate future, when we return to full employment, it will be important to at least stabilize if not reduce our debt load. But in the shorter run, when the economy is still below full employment as it is now, his worries about the debt are misplaced. Deficit spending does not hurt the economy so long as debt loads remain below the critical threshold where investors worry about default, and there's no sign we are near that point. In fact, the evidence says that in the presence of high unemployment an increase in the deficit helps the economy so long as we make the necessary adjustments to taxes and spending -- and both types of changes will be required to solve our long-run budget problem -- once the economy is on healthier footing.