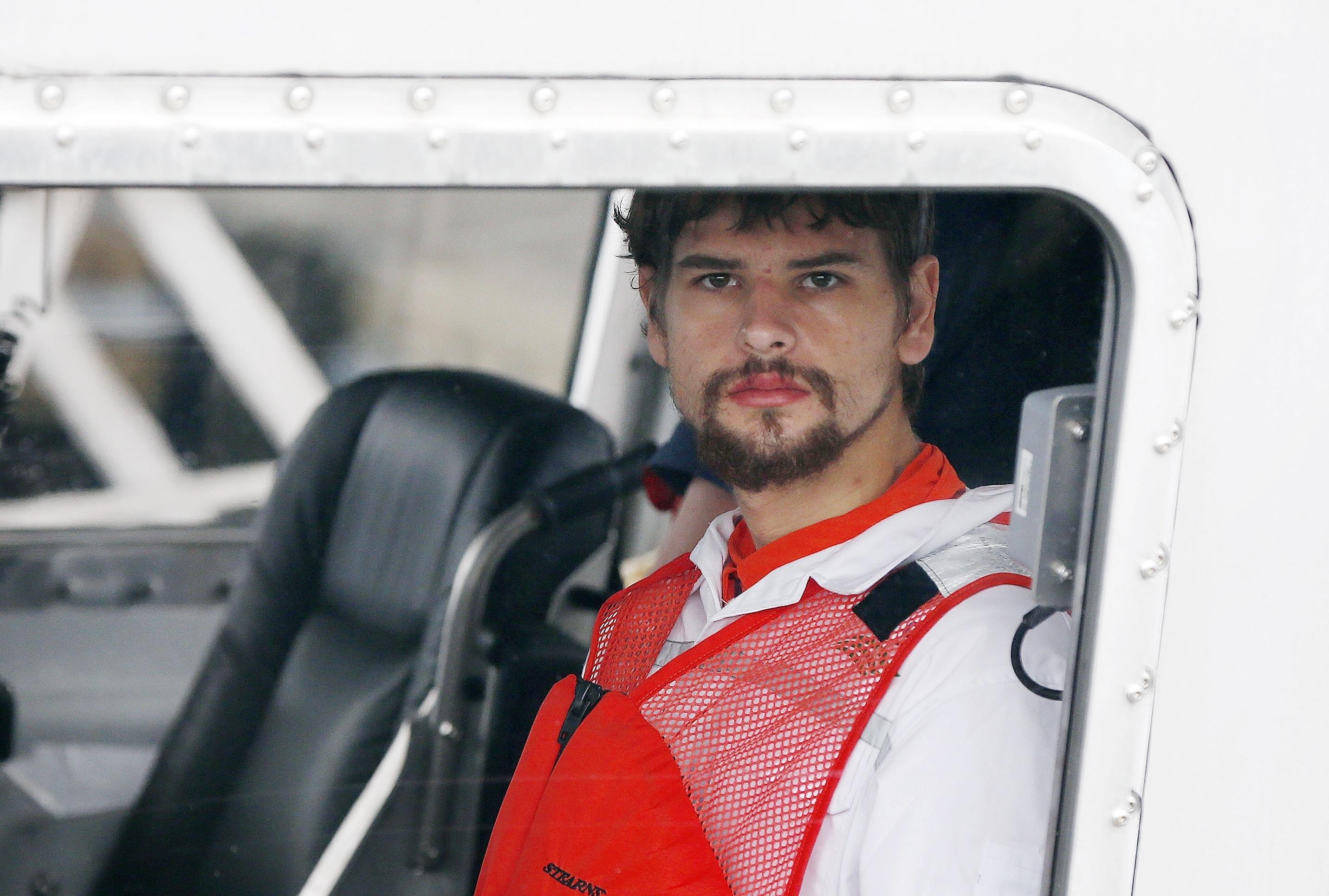 BOSTON -- A man who was rescued from a life raft after seven days on the Atlantic Ocean said suspicions about his account of the sinking of his boat are compounding his grief over the apparent drowning of his mother.

Nathan Carman, 22, was picked up by a passing freighter Sunday about 100 miles off the coast of Massachusetts after what he said was a week adrift that began when his 31-foot aluminum fishing boat sank during a mother-and-son fishing trip.

“None of us really know what he went through, and I’m sure it was traumatic,” Carman’s father Clark Carman told CBS Hartford, Connecticut, affiliate WFSB-TV​. “After seven days at sea, I don’t know how anybody made it.”

In an interview with The Associated Press on Wednesday, Carman said he did everything he could to find his mother, 54-year-old Linda Carman, of Middletown, Connecticut, as their boat went down.

“I don’t know what to make of people being suspicious,” he added. “I have enough to deal with.”

Authorities say Carman was a suspect in the unsolved 2013 slaying of his 87-year-old grandfather, John Chakalos, a wealthy real estate developer from Windsor, Connecticut. He was never charged in the killing.

Carman on Wednesday denied having any role in his grandfather’s killing.

“My grandfather was like a father to me, and I was like a son to him,” Carman told the AP. “He was the closest person in the world to me, and I loved him and he loved me, and I had absolutely nothing to do with his death.”

A 2014 search warrant obtained by the AP said that Carman was the last person known to have seen Chakalos alive; that Carman had bought a rifle consistent with the one used in the crime; and that he discarded his hard drive and GPS unit used around the time of the shooting.

Police submitted an arrest warrant to a prosecutor, but it was returned unsigned with a request for more information.

In his will, Chakalos left an estate worth more than $42 million to his four adult daughters, including Carman’s mother.

Windsor police Capt. Thomas LePore said Wednesday that the case is still open and that Carman remains a “person of interest.”

In the course of investigating the killing, authorities said in the search warrant that they learned from family members that Carman had a history of violence as a child, including one incident in which he allegedly held another child “hostage” with a knife. The documents also said Carman had several alarming episodes while he was a high school student, although no details of those incidents were given.

On Sept. 17, mother and son set off from a marina in South Kingstown, Rhode Island, authorities said. Carman told the AP that their boat sank in a matter of minutes the next day after he heard a “funny noise” in the engine compartment and saw water pouring in.

He said he saw his mother in the cockpit, and grabbed three bags containing food, flares and life jackets. But when he looked back, his mother was no longer there, he said.

He said he swam to the boat’s life raft - about 15 to 20 feet away - then blew a whistle and called out frantically for her for hours.

On Monday, authorities searched Carman’s home in Vernon, Vermont. Their search warrant indicated investigators think that Carman was handling some boat motor repairs himself and that the vessel might not have been seaworthy.

“The investigation has also revealed that Nathan had intended to go fishing further off-shore in a different location than what were his mother’s intentions and understanding,” the warrant said.

Family members have said Carman has Asperger’s syndrome, a form of autism that can be characterized by social awkwardness and repetitive behavior. Experts say people with Asperger’s are no more likely than others to commit violent crimes.