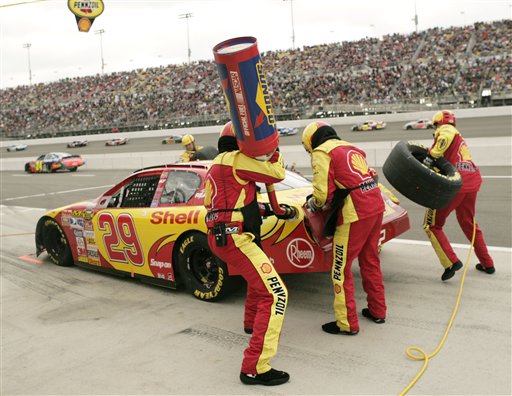 NASCAR wants to speed up implementation of its Car of Tomorrow to have it in use full-time by 2008, officials said Wednesday.

The COT will debut March 25 at Bristol Motor Speedway, the first of 16 races this season for the car designed to improve racing, bolster safety and cut team costs. The car was scheduled to run 26 races in 2008, and the full Nextel Cup schedule in 2009.

But Nextel Cup director John Darby said NASCAR is leaning toward putting the COT in full use next season.

"Whether we would expand the COT schedule for 2007 is probably not likely. But could we be all in for 2008? I think that is very possible," Darby said.

The announcement came on the first of NASCAR's two-day COT test at Bristol, where 50 teams were on hand to get a feel for the new car. But unlike past test sessions that were riddled with complaints and criticisms, drivers and crew chiefs seemed resigned to the car and focused only on fine tuning it for competition.

"From a driver's perspective, once you get in the car it's just a car," Jeff Burton said. "In my world, it's no longer about the Car of Tomorrow. It's just about a car, trying to do it better than everybody else. The Car of Tomorrow is here today."

That's the attitude NASCAR is hoping will lead to a push from car owners to implement the car faster. Although the COT is expected to ultimately cut productions costs, teams are currently spending through the roof to produce a fleet of stock cars while also developing the COT.

"A lot of what's happening is it's settling in to all the competitors that this is the future, this is the car. Why are we going to wait three years? I don't think we will."

But four-time series champion Jeff Gordon warned that it's too soon to declare the COT ready to run a 36-race schedule next season.

"I think it's too early to really commit to that. I understand it from a financial standpoint ... but I think until we get through some races, I really think there are some changes that might need to happen," Gordon said. "That's why we are running it this year, so we can get the car out there, put in race conditions and go through the inspection process, qualifying, race prep _ everything that it's going to take and really evaluate this car fully."

The COT is a six-year project that started under Gary Nelson, NASCAR's former vice president of research and development, when the sanctioning body was reeling from the 2001 death of Dale Earnhardt. Under fire because of its antiquated safety system, NASCAR took several steps to update its equipment, including the development of the COT.

The design changes in the care are not subtle. It's 4 inches wider and 2 inches taller than NASCAR's current race cars. The roll cage has shifted 3 inches to the rear, and the driver's seat 4 inches to the right.

An energy-absorbing material between the roll cage and the car's skin gives drivers a new layer of protection. The exhaust system runs through the body, diverting heat away from the driver and letting it out on the right side. The drive shaft is covered by a tunnel under the floorboard to keep it from tearing through the car if it should explode.

The windshield is more upright, designed to increase the amount of drag and slow the cars. The front bumper is 3 inches higher and thicker, boxier in design, and should catch air rather than deflect it.

A "splitter" in the form of a flat shelf is now below the front bumper. And the current rear spoiler has been replaced with a wing that looks more like something on a street car than a stock car.

Both features are designed to improve racing conditions and make the COT compatible with various tracks. The splitteand the wing are both adjustable, so teams can tinker with them to improve handling.

The wing will push air both over and under it, giving the car more stability in traffic and improving the aerodynamics of the trailing car.

It's all supposed to improve the racing on the track _ once the teams get used to it.

After Wednesday, everyone seemed to be mildly surprised.

"It actually drives better than our other cars do here," Earnhardt said. "It has exceeded my expectations at this point as to how the car is driving. I anticipated it to be a little more of a struggle. The racing (at Bristol) should be about exactly the same it has been."

According to a report published in Politico​, Azar had expressed his frustration with Hahn to several allies within his department

What to watch for in the presidential debate tonight

President Trump and Joe Biden are facing off in their second and final debate before the election. 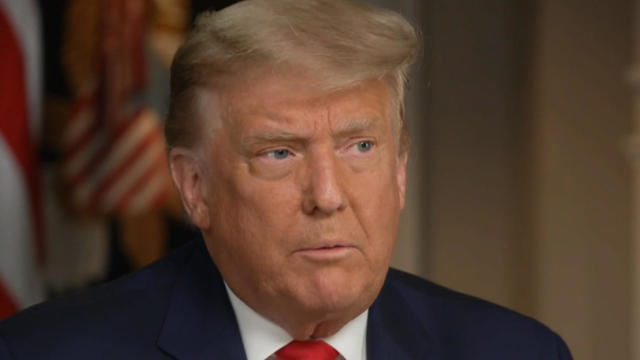 The full exchange, which runs approximately 37 minutes, was taped Tuesday at the White House.