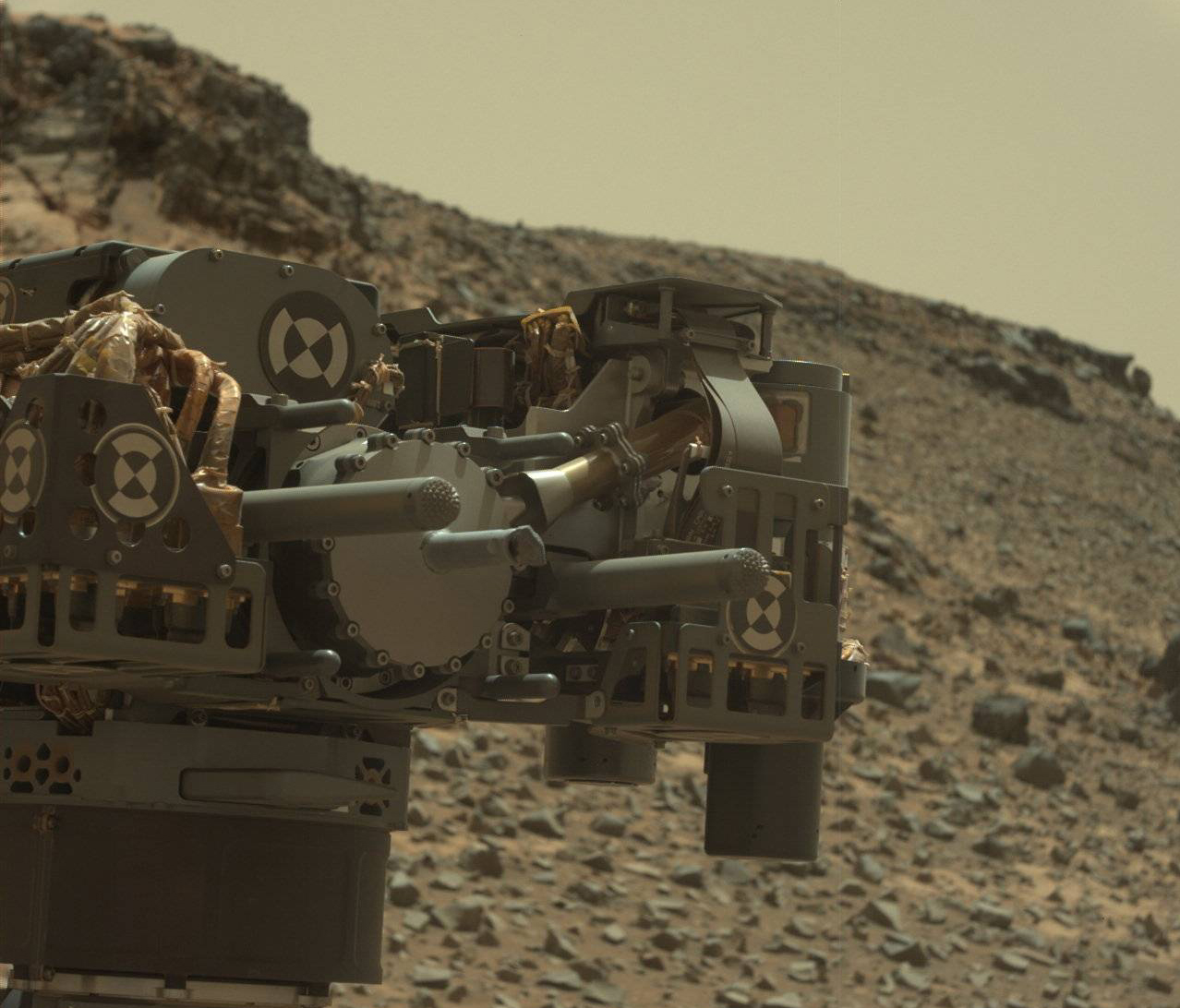 Jim Erickson, the Curiosity project manager at NASA's Jet Propulsion Laboratory in Pasadena, Calif., told CBS News engineers should get the results of an initial round of tests shortly, "and then we'll move on."

"But it's going to be a series of things that we use to try and figure out exactly where the short is occurring, whether it's transient or permanent, all the things you need to know in order to decide what to do about it," he said in a telephone interview.

The problem cropped up last Friday as a mechanism in Curiosity's robot arm was in the process of shaking powder from a drilling sample into a tray so it could be sifted and transferred to experiments in the body of the spacecraft for detailed analysis.

A percussive mechanism was working at the time, impacting the drill to help shake loose rock powder, a technique successfully used with five previous drilling samples.

While that was going on, telemetry indicates a short was detected, which in turn triggered on-board fault-protection software that halted arm operations. Erickson said engineers do not yet know whether the short was in the drill circuitry or somewhere else in the rover.

"In looking at the initial diagnostics that we are doing and what the possible root causes are, nothing shows up as a show stopper," he said. "We could be surprised, and that's one of the reasons we're doing more analysis and looking at all the data we're getting down. We're going to start out very gentle, so to speak, and very low risk and gradually move to where the data shows us we should be moving."

NASAThe $2.5 billion Curiosity successfully landed in Gale Crater in August 2012. Since then, it's been slowly making its way to the base of Mount Sharp, a towering mound of layered terrain in the center of the crater, stopping frequently to examine interesting soil and rocks.

The rover has already accomplished the mission's primary goals, detecting organic compounds like those necessary for life as it is known on Earth and showing Mars once featured a habitable environment. A major long-range objective is to climb up the lower slopes of Mount Sharp to reach a transition zone that might hold clues about what caused the red planet to dry out.

The short circuit detected last week was not Curiosity's first.

"One of the things we've seen before, and we're not saying this is the problem (now), it's just on our list of possibles, we'd previously seen an RTG short," Erickson said, referring to the rover's radioisotope thermoelectric generator. "It could have been another one, perfectly timed to look like it was related to the drilling."

The RTG generates the rover's electricity. The previous short cleared itself up when "eventually, there was enough current that it blew the little whisker that was growing in the RTG and that ended the short," Erickson said.

"One of the options is that this thing might be something that happened just at the same time as we started transferring the drill powder ... for further processing, that's one of the possibilities," he said. "Another possibility is that it's something in the drill itself."

Before launch, engineers had problems with the drill's percussive mechanism, designed to "basically pound on the drill to get more progress through the drilling cycle." But the drill is used so sparingly, a failure would "be sort of a surprise," Erickson said.

"To put it frankly, it is a surprise no matter what," he added. "Something has happened, and we have to figure out exactly what."

Curiosity will simply stay where it is while engineers carry out tests and study telemetry.

"Then, after we've gotten as much information as we can in that position, then we're going to finish getting the powder out of the drill, do the sample drop off ... and then we'll be in position where we can move to the next location while we do testing and analysis to isolate the problem."