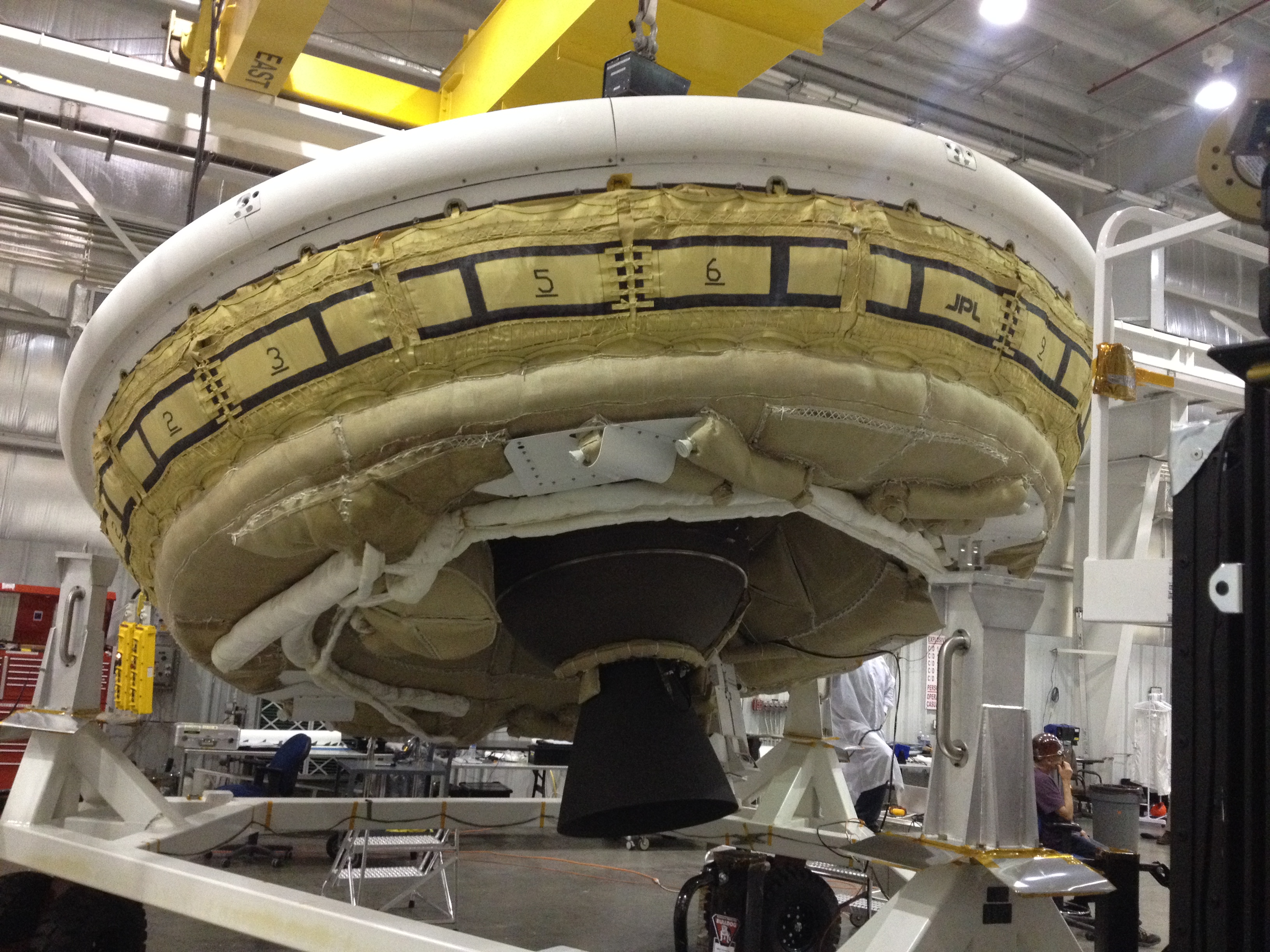 LOS ANGELES -- The skies off the Hawaiian island of Kauai will be a stand-in for Mars as NASA prepares to launch a saucer-shaped vehicle in an experimental flight designed to land heavy loads on the red planet.

For decades, robotic landers and rovers have hitched a ride to Earth's planetary neighbor using the same parachute design. But NASA needs a bigger and stronger parachute if it wants to send astronauts there.

The space agency will conduct a test flight high in Earth's atmosphere that's supposed to simulate the thin Martian air. The test, originally scheduled for Tuesday, June 3, had to be postponed due to weather conditions.

Cameras rigged aboard the vehicle will capture the action as it accelerates to four times the speed of sound and falls back to Earth. Viewers with an Internet connection can follow along live.

Engineers cautioned that they may not succeed on the first try.

"As long as I get data, I'll be very happy," said project manager Mark Adler of the NASA Jet Propulsion Laboratory.

The search for a way to land massive payloads on Mars predates the existence of NASA. Back then, engineers toyed with sending a winged spacecraft that would land like an airplane, but the idea was not feasible, space historians say.

Landing has always been "one of the big technology challenges for a human Mars mission," American University space policy professor Howard McCurdy said in an email.

When the twin Viking landers became the first spacecraft to set down on Mars in 1976, they relied on parachutes to slow down after punching through the Martian atmosphere. The basic design has been used since including during the Curiosity rover's hair-raising landing in 2012.

With plans to land heavier spacecraft and eventually humans, NASA needed a heftier solution. So it designed a supersonic parachute that's 110 feet in diameter - twice as big as the one that carried the 1-ton Curiosity. It's so gigantic that it can't fit into the wind tunnels that NASA typically uses to test parachutes.

Since it's impractical to test unproven technology on Mars, NASA looked to Earth as a substitute.

During the flight, a high-flying balloon will loft the disc-shaped vehicle from the U.S. Navy's Pacific Missile Range Facility in Kauai to 23 miles over the Pacific where it will be dropped. Then it will fire its rocket motor to climb to 34 miles, accelerating to Mach 4. The environment at this altitude is similar to Mars' thin atmosphere.

As it descends to Earth, a tube around the vehicle should inflate, slowing it down. Then the parachute should pop out, guiding the vehicle to a gentle splashdown in the Pacific.

The latest test program "is advancing capabilities and creating the engineering knowledge needed for the next generation of Mars landers," Braun, who served as NASA's technology chief, said in an email.

NASA plans more test flights next year before deciding whether to use the new parachute on a future Mars mission.