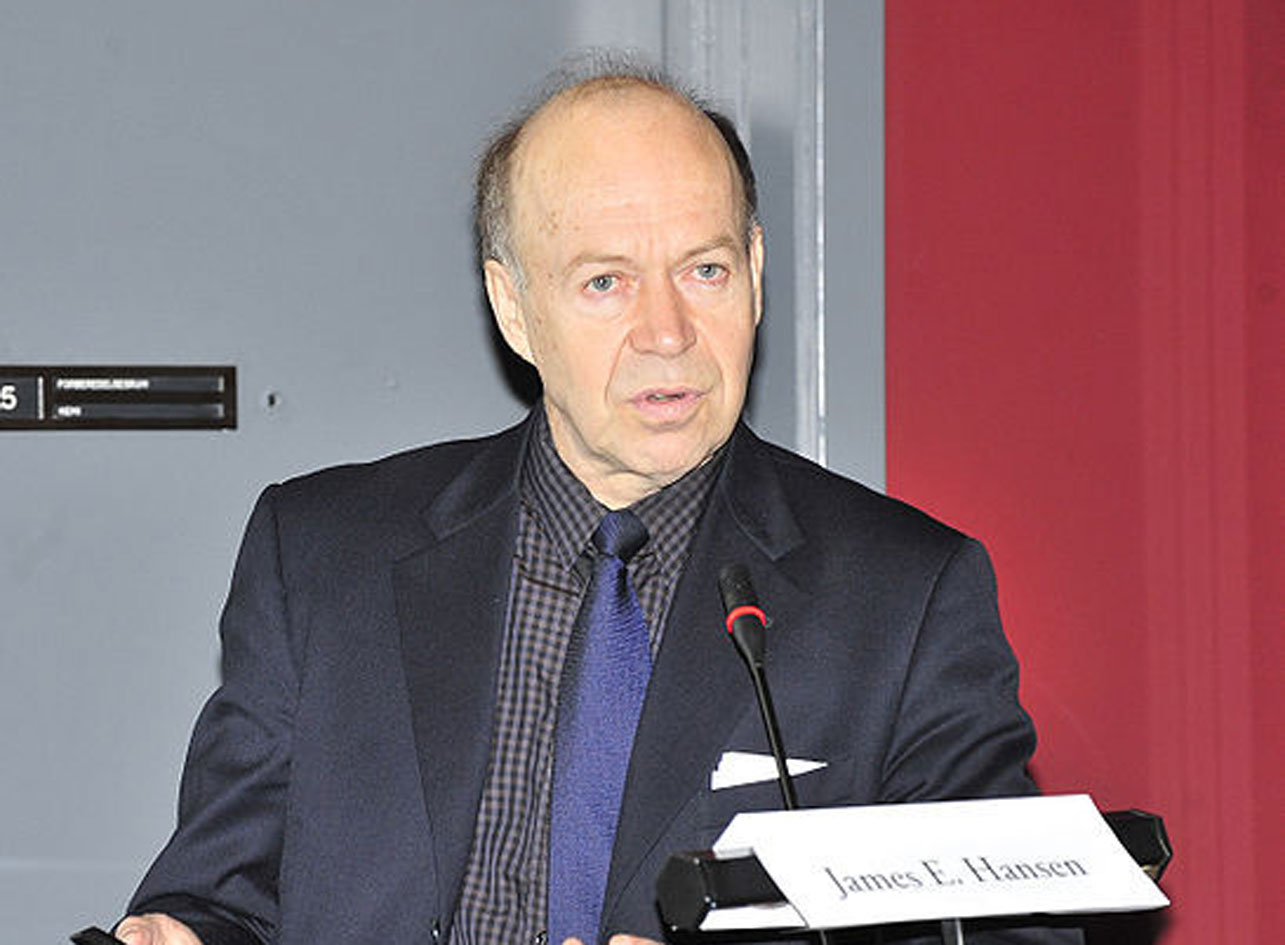 Climate scientist James Hansen is retiring from NASA this week to devote himself to the fight against climate change.

Hansen's retirement concludes a 46-year career at NASA's Goddard Institute for Space Studies in New York, but he plans to use his time to take up legal challenges to the federal and state governments over limiting greenhouse gas emissions.

In recent years, Hansen, 72, has become an activist for climate change, which didn't sit well with NASA headquarters in Washington. "As a government employee, you can't testify against the government," Hansen told The New York Times.

Supporting his "moral obligation" to step up to the fight now, Hansen adds in the Times article that burning a substantial fraction of Earth's fossil fuels guarantees "unstoppable changes" in the planet's climate, leaving an unfixable problem for future generations.

The distinguished NASA scientist has spent his career at the Goddard Institute on the campus of Columbia University. He has testified in Congress dozens of times, and has issued warnings and published papers that drew criticism from climate-change skeptics. [The Reality of Climate Change: 10 Myths Busted]

Hansen was arrested in February while protesting the proposed construction of the Keystone XL Pipeline that would carry heavy crude oil from Canada to the U.S. Gulf Coast. "We have reached a fork in the road," he told the Washington Post at the time, adding that politicians must understand they can "go down this road of exploiting every fossil fuel we have tar sands, tar shale, off-shore drilling in the Arctic but the science tells us we can't do that without creating a situation where our children and grandchildren will have no control over, which is the climate system."

With his departure from NASA, Hansen told the Times he plans to lobby European leaders to institute a tax on oil derived from tar sands, whose extraction leads to more greenhouse gas emissions than conventional oil. He could not have done these things as a government employee, he said.

Hansen will probably work in a converted barn on his farm in Pennsylvania, but may possibly set up a small institute or take an academic appointment, according to the Times. He will continue to publish papers in academic journals, but will not run the powerful computers and other resources NASA provided for tracking and forecasting global warming and its effects.

Raised in a small town in Iowa, Hansen initially studied the planet Venus, but switched to studying the effect of human greenhouse gas emissions on Earth during the 1970s.

He was one of the first scientists to raise alarm about climate change and its effects on climate and the environment. After testifying at a Congressional committee in 1988 that man-made global warming has begun, Hansen was quoted widely as saying, "It is time to stop waffling so much and say that the evidence is pretty strong that the greenhouse effect is here."

Hansed joined NASA's Goddard Institute as a post-doctoral scholar in 1967 and became a federal employee in 1972. He became director in 1981, and was the longest-serving director in the intistute's history. "He has pushed forward the frontier of our knowledge of Earth's climate system and of the impacts that humanity is having on Earth's climate," Nicholas E. White, director of the Sciences and Exploration Directorate at Goddard, said in a statement.

Climate scientists applaud Hansen for leading the predictions of climate change's effects. But some say these predictions were exaggerated. For example, he has said in recent years that vast carbon dioxide emissions might ultimately cause a runaway greenhouse effect like on Venus that would boil the oceans and make Earth uninhabitable, the Times reported. Other scientists say this hasn't happened in the past and that Hansen overstated the risk.

Hansen was embroiled in a political fight in 2005, when a young political appointee in George W. Bush's administration tried to muzzle Hansen in the press. But Hansen revealed this to the public in an interview reported by the Times, and the administration lifted its restrictions.

Despite his environmentalist stance, Hansen has also criticized the environmentalist movement. He strongly opposed a failed climate bill in 2009, because he said it would have given the federal government billions of dollars without truly limiting emissions.

Hansen, who is registered as an independent, believes carbon dioxide emissions should be taxed, but that the money should be returned to the public as a rebate, instead of going to the government.

Hansen told the Times he senses a mass movement on climate change is beginning, led by young people, which he plans to support.