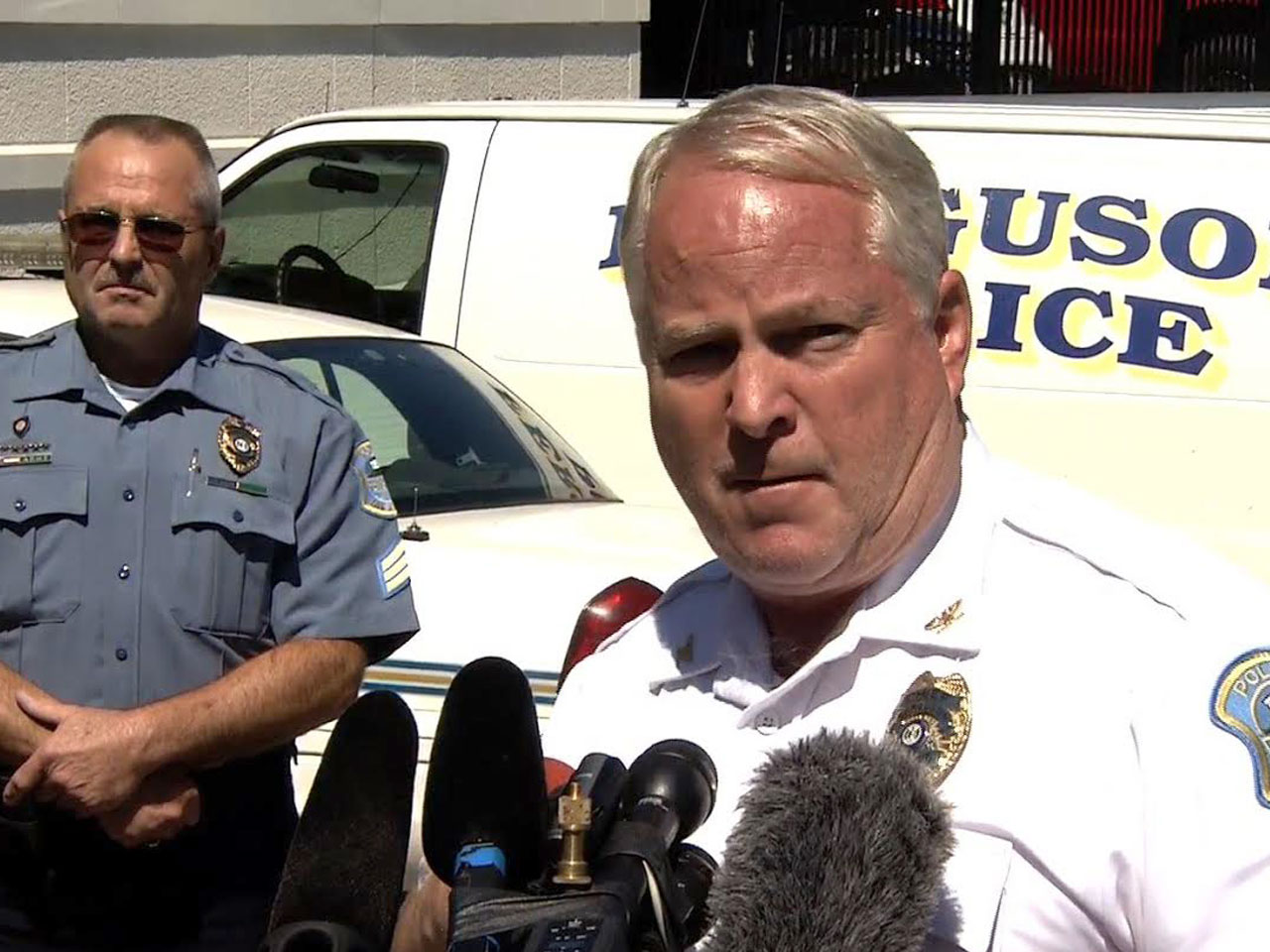 FERGUSON, Mo. - In the days since an unarmed black teenager was shot dead by a white police officer in a St. Louis suburb, a big question that's smoldered amid the outrage of many is who the officer is.

Authorities have refused to release the name of the officer who shot 18-year-old Michael Brown in Ferguson. Ferguson Police Chief Thomas Jackson has said he's concerned about the officer's safety amid numerous death threats. Computer hackers have also targeted the city's website and released details online about individual city employees.

Another officer's name was released and identified by some as the one involved in Brown's killing, but Jackson said those reports were false.

Jackson said there have been cyberattacks against the city's website, but that won't compel him to release the officers name. An anonymous global group of hackers had pledged to create mischief with Ferguson's city computers if the name wasn't released.

The officer has been with the force for about six years and was on a routine patrol when he encountered the two young men, Jackson said previously.

Police have not disclosed the race of the officer, but witnesses said he was white. Brown was black.

Civil rights activists and the attorney for Brown's family, all pressing for calm amid nights of unrest since Saturday's shooting, counter that knowing the officer's name may help the area to heal, allowing the National Association for the Advancement of Colored People and others to dig into the officer's background for any prior brutality.

"We don't want anyone's life threatened. If someone like this officer is killed, then there is no justice," said John Gaskin III of St. Louis County's NAACP chapter. "What the officer may have done is certainly unacceptable, and we are outraged. But we want to be realistic here: This is a man with a family."

Investigators have released few details, saying only that a scuffle unfolded after the officer asked Brown and another man to get out of the street, and that the officer's weapon fired at some point inside a patrol car. Witnesses say Brown had his hands raised when the officer repeatedly shot him.

The shooting has exposed deep racial and economic fault lines in the community, with the release of the officer's name a festering demand of protesters, as well as activist computer hackers.

In the aftermath of Brown's death, the group Anonymous said in online postings that it was monitoring police treatment of Ferguson's protesters and threatened to disrupt the suburb's government websites.

On Monday, someone burrowed into the city website and shut it down for much of the day. Representatives of Anonymous have taken credit. Separately someone snipped City Hall's fiber-optic cable during a protest that day, Jackson said.

Jackson, whose 53-person police force includes just three black officers, said he was unaware whether the hackers obtained any personal information about his officers. But, he added, "I don't know why they'd sit on it if they did."

On Tuesday, hackers went after St. Louis County's chief, Jon Belmar, whose department has been asked to investigate Brown's death. Some posted pictures of Belmar's home and family online, as well as his home address and telephone number.

"Realistically, what positive could come from that information coming out?" Jackson said. "Right now, people want it so they can destroy that person's life. That's the only reason that group's asking for it."

Still, impatience grows by the day.

"The community is crying out for transparency, and we want to be able to know what kind of person would shoot an unarmed kid in broad daylight," said Ben Crump, the Brown family's attorney who also represented relatives of Trayvon Martin, the 17-year-old fatally shot by a Florida neighborhood watch organizer who was later acquitted of murder. "Can you imagine if you are parents of a child shot multiple times in broad daylight and police won't even tell you the name of the shooter? That doesn't inspire confidence."

Meanwhile, local firearms dealers are reporting increases in sales at St. Louis area gun shops. Although violence has been limited to Ferguson and has been met with a strong law enforcement presence, local residents are afraid of mayhem potentially spreading.

""They're just afraid of whats going on and they're coming in to purchase either additional firearms or their first firearm," Steven King, owner of Metro Shooting in Bridgeton, Mo., told CBS affiliate KMOV.