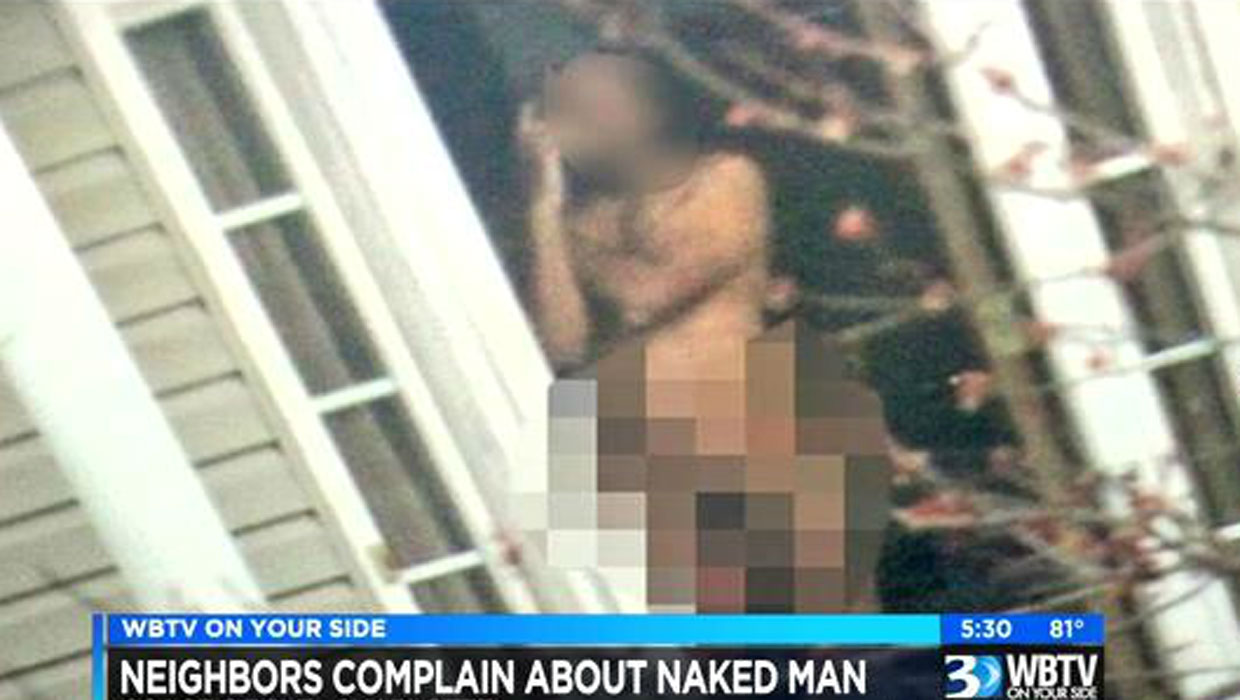 CHARLOTTE, N.C. -- Residents of a Charlotte neighborhood say they are fed up with a homeowner who they say stands at the front door of his house naked -- and has been doing so going on a decade -- but police say there's nothing illegal about it, CBS affiliate WBTV reports.

On Friday, people in the Cardinal Glen development called police about their naked neighbor...again.

Residents say the man opens his door in the nude and even talks on his cell phone, all in clear view of his neighbors.

"I was out rolling the trash can on Friday and I just happened to look over there and he was standing there buck naked," neighbor Pecolia Threatt told WBTV. "It's not good to have people walking around here naked like that, a grown man like that with all these kids out here you know," she said.

"....my daughter...even this week when she was home from spring break, she would call me at work and say 'Mom, I'm getting ready to go outside, but let me check if he's out there first'. That's how bad it is in the neighborhood," resident Adrienna Harris told the station.

Harris says she's called police numerous times over the last ten years to complain, but that nothing has been done.

A spokeswoman for the Charlotte-Mecklenburg Police Department confirms that officers were called to the man's home on Friday.

"Since it is not a criminal incident, it was documented in the 'call for service' but there is no report," the spokeswoman told WBTV.

She added that officers confirmed with a magistrate that the incident did not rise to the level of a criminal charge.

"After consulting with the magistrate and Police Attorney, unless he is outside of his home, he cannot be charged," she said. She says officials are looking into "additional options" to help resolve the issue.

WBTV reports that according to North Carolina law on indecent exposure, a person can only be charged with such a crime if they "willfully expose the private parts of his or her person in any public place and in the presence of any other person or persons."

Parents told WBTV they want to help change that law to protect their children.

"I don't let them go outside and play," Adrienna Harris said. "I have to keep them inside the house because that's really inappropriate for young kids to see stuff like that."

City leaders say neighbors do have the option of filing a complaint with the Homeowners Association that prohibits nuisance activity on a property, WBTV reported.

"Because what's actually happening is this particular neighbor is making it difficult for people and adjoining neighbors to have the quiet enjoyment of their homes," said City Council member Greg Phipps, who represents the area.

Since the beginning of this year alone, police records show officers have been called to the home of the "naked neighbor" four times.

This last time, neighbors were able to capture pictures and video of the man standing at his door -- images they hope will help them the case for some type of nuisance complaint, and change in behavior.

WBTV says it tried to speak with the man, but that he ran away from the camera covering his face.