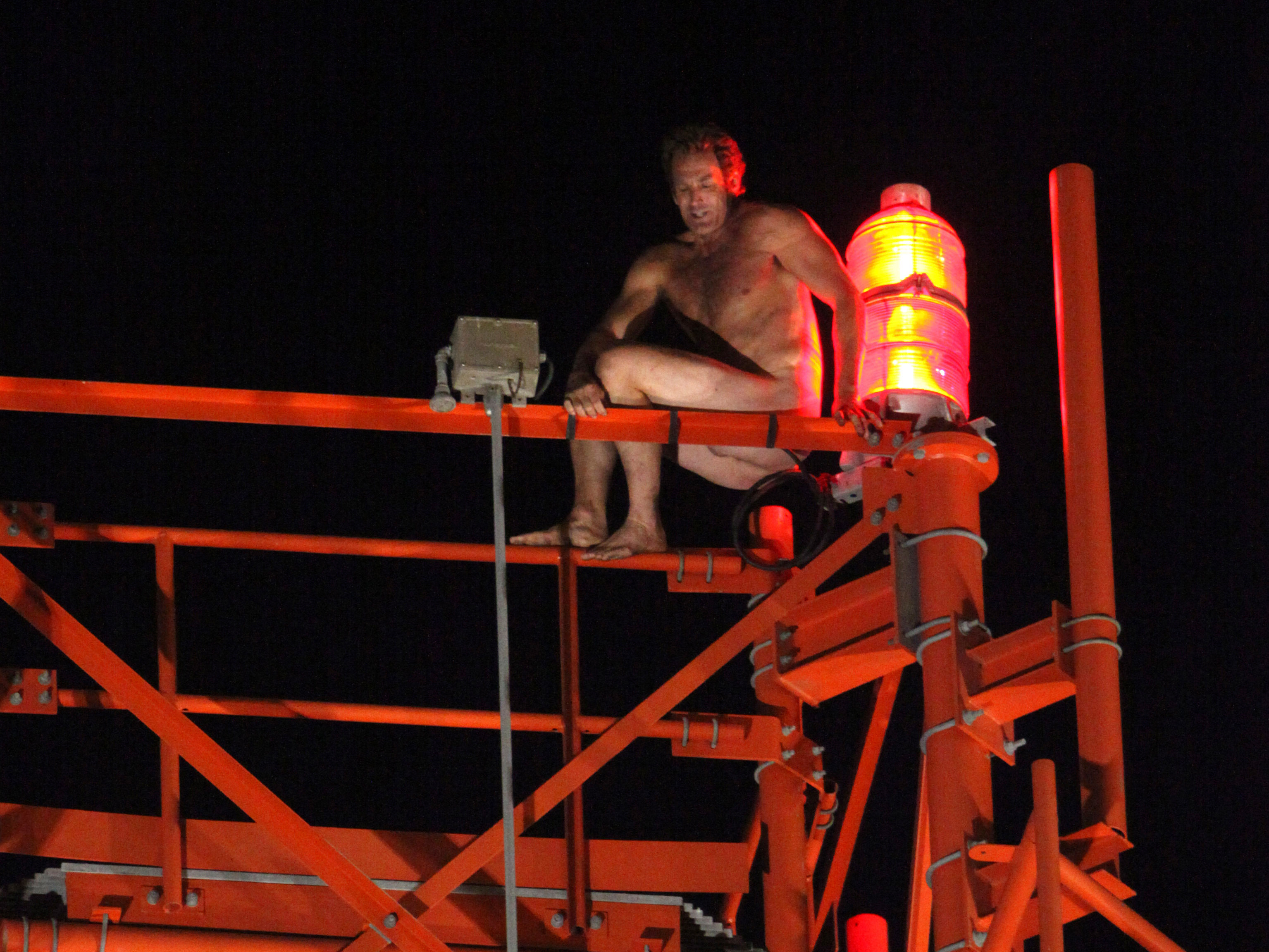 (CBS/AP) LOS ANGELES - Police say a naked man climbed to the top of a communications tower used by the Los Angeles Police Department and sat there for nearly six hours before he was lowered back to solid ground in a basket.

The man began climbing the 228-foot tower in downtown L.A. at around 4 p.m. Wednesday, shedding clothes as he ascended, and ended up on top of it naked, Officer Karen Rayner says. The Arizona Republic reports that he told police he had driven from Arizona.

It wasn't until around 8:30 p.m. that the man climbed down a ladder to a platform about midway down the tower where he was met by police officers. He was then slowly lowered to the ground by a makeshift pulley system as he sat in a basket, and was taken into police custody.

The man could be heard yelling, but it was unintelligible.

It's not known why he climbed the tower, which is part of the police department's personnel building on East Temple Street.

Police told the Daily Breeze that the man will not be charged with a crime and his name will not be released.