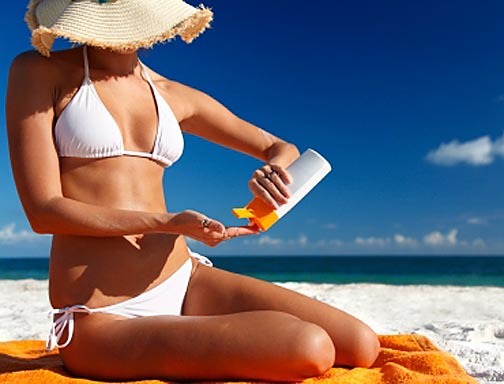 (CBS) Nudity is taking off.

At least that's the suggestion of a new fun-but-unscientific poll that found more Americans open to the idea of naked vacations, a.k.a. nakations.

The poll found that 48 percent of Americans would be willing to bare it all at a nude beach. That's up from 31 percent last year.

The poll, of 22,000 Americans, was conducted by online travel community TripAdvisor.

Why the increased interest in nakations? Are Americans' attitudes about nudity loosening up? Or are travelers simply looking to travel light - so they can avoid the hefty baggage fees now imposed by many airlines?

"If more air travelers take a stand and a nakation in 2010, it could send a message to the airlines using checked and unchecked baggage fees as a way to charge the vacationing masses more money in this tight economy," Erich Schuttauf, executive director of the American Association of Nude Recreation, told USA Today. "All you'll need for the week (sunscreen, cap, sunglasses, shoes and toiletries) can fit in a small carry-on that will fit under the seat, avoiding even carry-on bag fees."

Saving money on baggage is one thing. But what about the risk of sunburn "down there?"

It's a real concern, experts say.

"I would tell my patients to pay more attention in the areas not usually exposed to the sun as they are highly more sensitive and at risk for burning," Dr. Ariel Ostad, a New York City dermatologist, tells CBS News. Fortunately, he says, "applying sunscreen is safe in these areas."

In other words, slather it on if you take it all off.