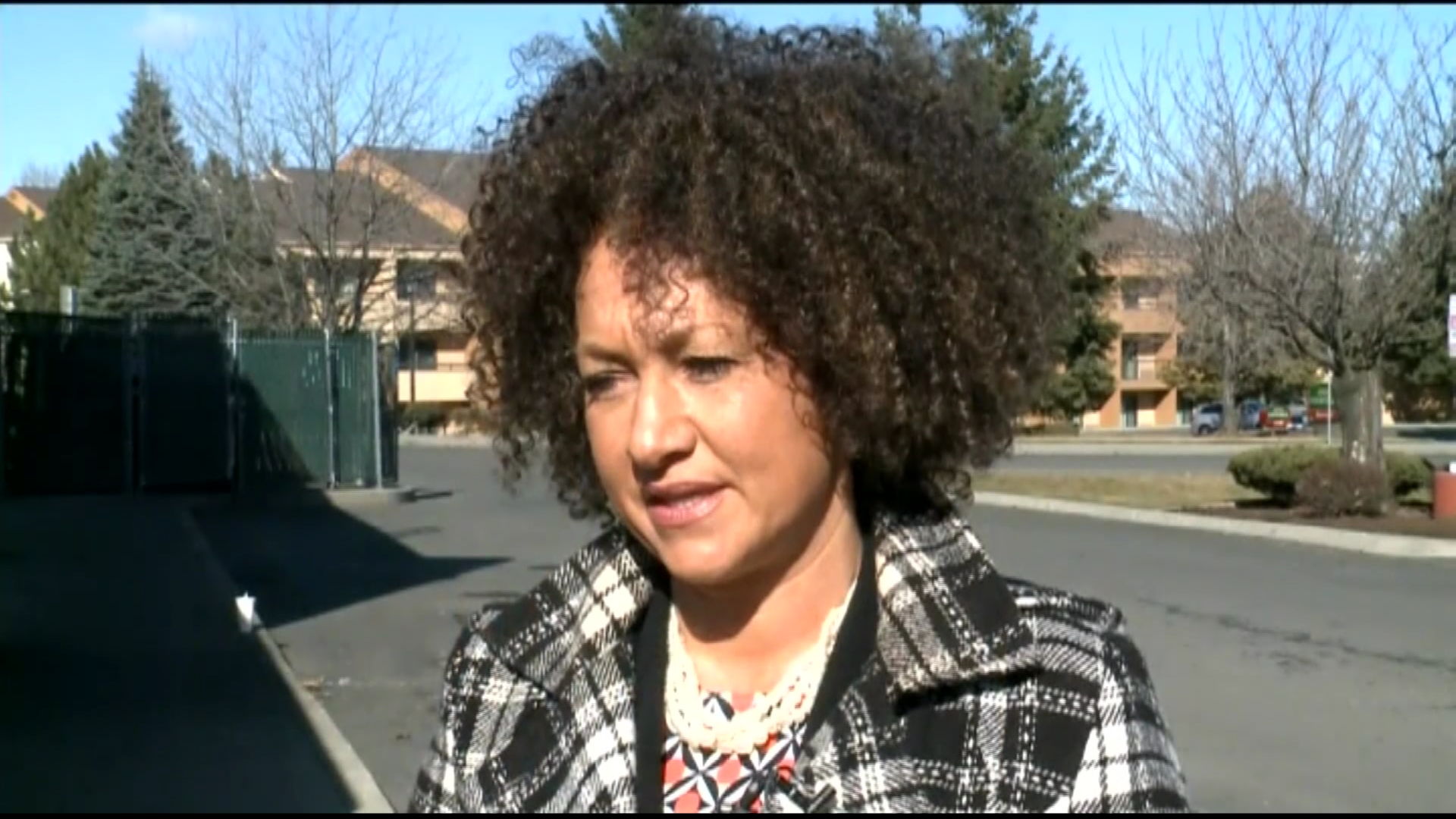 Rachel Dolezal, the president of the Spokane, Washington, NAACP, is being accused of falsely portraying herself as a black woman, CBS News' Adriana Diaz reports.

Her biological parents claim she is misrepresenting "major portions of her life," including being born white. As the city's mayor says it has opened an investigation and is gathering facts to determine if any city policies were violated, Dolezal is denying these accusations.

"Actually, I don't like the term African-American; I prefer black. So, if asked, I would say, yes, I consider myself to be black," Dolezal said to Spokane affiliate KREM.

"Our daughter is primarily German and Czech and of European descent," her mother said.

Her parents, Ruthanne and Larry, live in a rural home in Troy, Montana.

Her father described a young Dolezal as blonde, blue-eyed and freckled-face.

The couple say their daughter is pretending to be someone she's not.

"Rachel has wanted to be somebody she's not. She's chosen not to just be herself but to represent herself as an African-American woman or a biracial person," Ruthanne said.

KREM-TV obtained police reports in which Dolezal claims to be the victim of several hate crimes. They found that police responded but no suspects were identified and no arrests were ever made.

She said the only ones questioning her identity are Larry and Ruthanne.

"I don't give two (expletive) what they think," Dolezal said.

"It's more important for me to clarify that with the black community and my executive board than with people who don't understand," she said.

In the past, Dolezal has identified herself as a mix of black, white and Native American.

Dolezal dismisses the controversy as little more than an ugly byproduct of family dysfunction.

In a statement, the NAACP said Friday:

"For 106 years, the National Association for the Advancement of Colored People has held a long and proud tradition of receiving support from people of all faiths, races, colors and creeds. NAACP Spokane Washington Branch President Rachel Dolezal is enduring a legal issue with her family, and we respect her privacy in this matter. One's racial identity is not a qualifying criteria or disqualifying standard for NAACP leadership. The NAACP Alaska-Oregon-Washington State Conference stands behind Ms. Dolezal's advocacy record. In every corner of this country, the NAACP remains committed to securing political, educational, and economic justice for all people, and we encourage Americans of all stripes to become members and serve as leaders in our organization.

Hate language sent through mail and social media along with credible threats continue to be a serious issue for our units in the Pacific Northwest and across the nation. We take all threats seriously and encourage the FBI and the Department of Justice to fully investigate each occurrence."

Laura Berman speaks out after teenage son overdosed on drugs