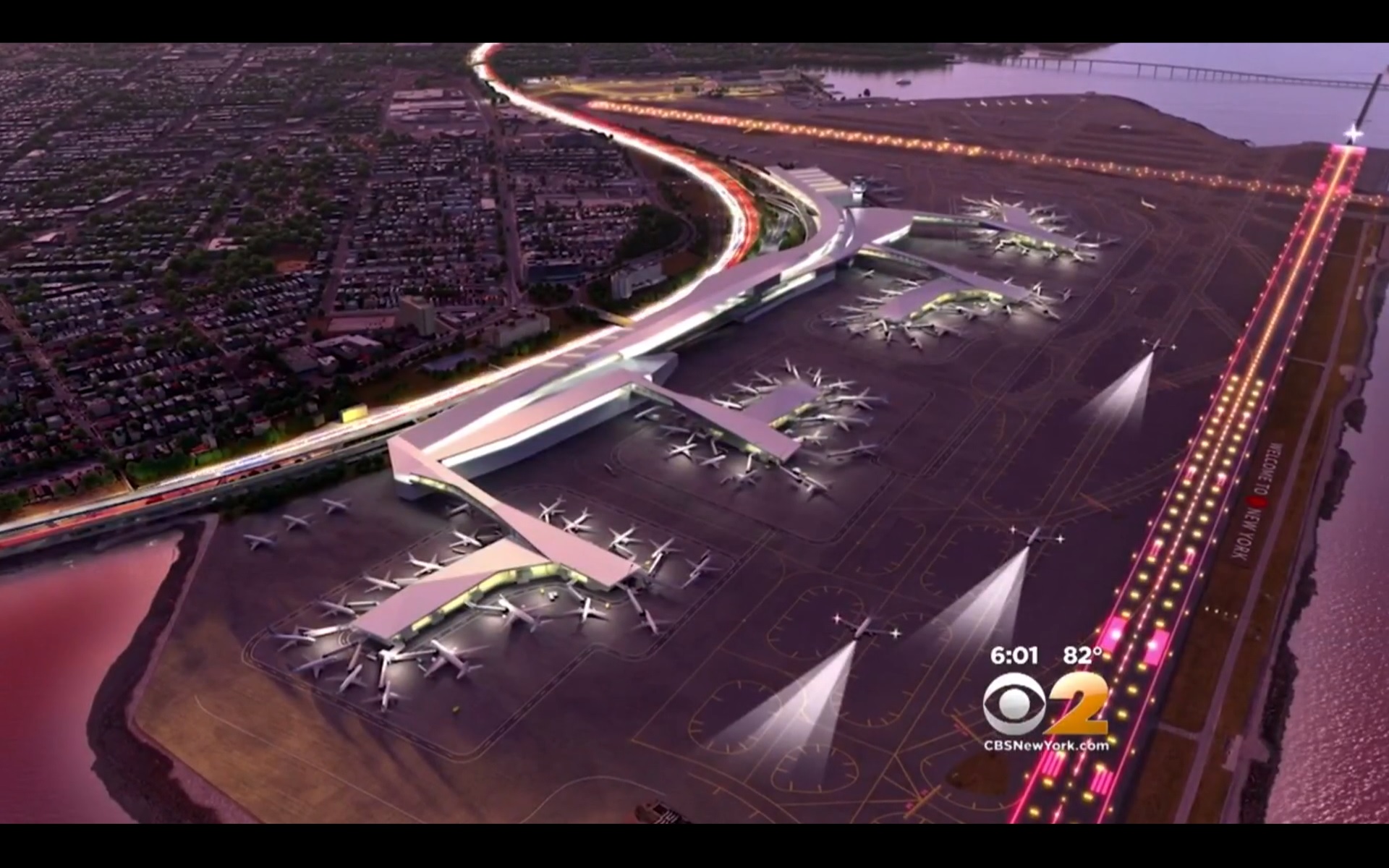 NEW YORK -- A year after comparing New York's LaGuardia Airport to "some Third World Country," Vice President Joe Biden helped unveil an ambitious plan Monday to rebuild its collection of aging terminals into a modern, unified hub while easing congestion by doubling the space available for planes to operate.

"I wish everything I said that was truthful but controversial would turn out this well," he joked during the announcement with New York Gov. Andrew Cuomo.

The overhaul would remake the entire footprint of the airport, which is shoehorned onto a small, oddly-shaped property of about 680 acres on the shore of the East River. The space is a fraction of what's used at other airports around the country handling similar passenger loads, and there no room to expand it.

LaGuardia's existing, cramped and chaotic buildings would be demolished and replaced with a big new terminal 600 feet closer to the Grand Central Parkway, the highway that rings the airport like a moat.

That shift would relieve some of the space constraints for aircraft trying to taxi to and from the congested gate areas. More space would be made by having passengers get to their gates using elevated passageways that pass over active taxiways. In all, nearly two miles of new taxiways would be created.

Construction on the first phase of the project would begin next year, pending final approval by the Port Authority of New York and New Jersey, which owns the airport. A second phase would be overseen by Delta Airlines.

The first remade portions of the airport would open to passengers in 2019. It will be the first new airport built after the Sept. 11 attacks, CBS New York reported.

"This is what New Yorkers deserve and have deserved for a long time. And now we're going to get it," Cuomo said.

He said the current airport is a collection of cramped terminals with high volume and low ceilings.

"LaGuardia is 'un-New York,'" Cuomo said. "LaGuardia is slow, it's dated, it is a terrible front-door entrance way to New York. It is a lost opportunity. It is almost universally decried as a poor representation of an airport, let alone a New York airport."

Biden said last year that if he blindfolded someone and took him to LaGuardia, he'd think he was in "some Third World country." Biden lauded the governor for "thinking big."

The vice president's influence was critical, Cuomo said - approvals that would normally take years were expedited by Biden's office.

The first phase of the plan will cost $4 billion, half from private funding, Cuomo said. Delta is a partner in the new terminal.

The new airport is part of an ambitious plan aimed at four of the state's airports in the New York area. Stewart Airport north of the city and Republic Airport on Long Island would both get Startup New York designation, offering new and expanding businesses to operate tax free for 10 years. Also, New York City's John F. Kennedy Airport would have its architecturally distinct Saarinen building reconfigured into a hotel.

The construction will add thousands of jobs and help grow tourism and commerce, officials said. They said it would triple the screening space, increase concession space and create better connections between terminals, a new roadway system and new parking garages.

"LaGuardia and JFK are economic anchors for this city, and they deserve to be the best in the world," Biden said.

LaGuardia, along the Flushing and Bowery bays in northern Queens, is the closest of the New York area's three major air hubs to midtown Manhattan - just eight miles - and it handled about 27 million passengers last year.

Often the first building travelers see is the sprawling, boomerang-shaped Central Terminal, which opened just in time to receive visitors to the 1964 World's Fair. Many passengers say it is like stepping back in time.

They immediately encounter low ceilings and dimly lit, narrow hallways. Check-in kiosks are arrayed haphazardly in rows just inside the entrances, where bright green neon lights blare, "Welcome to LaGuardia Airport." On the west side of the terminal sits a modest food court featuring a hamburger counter, a pizzeria and a Dunkin' Donuts.

In 2012, Travel and Leisure magazine named LaGuardia the nation's worst airport, saying it had the "dubious honor of ranking the worst for the check-in and security process, the worst for baggage handling, the worst when it comes to providing Wi-Fi, the worst at staff communication, and the worst design and cleanliness."

Passengers at the airport Monday readily agreed with that assessment, including Brooklyn resident Brad Epstein. He uses LaGuardia for his business travel and said it's the worst airport he's been in.

A new one, he said, "couldn't come soon enough."