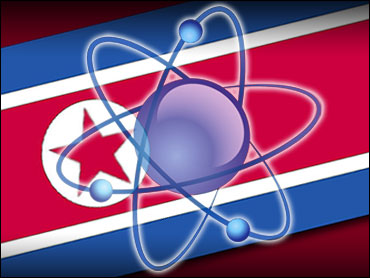 North Korea said Tuesday it has reprocessed 8,000 spent nuclear fuel rods and extracted enough plutonium to bolster its atomic stockpile, raising the stakes in an apparent effort to push the U.S. into direct negotiations.

The threat of an expanding North Korean nuclear arsenal comes a day after Pyongyang warned Washington it would beef up its nuclear stockpile if the U.S. refuses to hold bilateral talks.

North Korea has demanded direct talks with the United States to resolve the protracted standoff over the regime's nuclear program.

Washington has said it is willing to meet one-on-one with the North if the talks lead to the resumption of six-nation negotiations involving China, Japan, the two Koreas, Russia and the U.S. Discussions between a North Korean envoy and a U.S. official last week did not yield an agreement to hold talks, both sides said.

On Monday, North Korea's Foreign Ministry warned "if the U.S. is not ready to sit at a negotiating table with the (North), it will go its own way," an apparent threat to bolster its nuclear arsenal.

North Korea has long claimed it needs atomic weapons to defend itself against the U.S., which fought the North during the Korean War in the 1950s and has 28,500 troops stationed in South Korea to protect it from any aggression.

The U.S. denies any intention of attacking the North.

But Pyongyang said it remains "compelled to take measures to bolster its deterrent for self-defense to cope with the increasing nuclear threat and military provocations of the hostile forces," North Korea's official Korean Central News Agency said Tuesday.

The report cited "noticeable success" in weaponizing plutonium "for the purpose of bolstering up the nuclear deterrent."

The North agreed in 2007 to disable its main nuclear facility in Yongbyon - a step toward its ultimate dismantlement - in exchange for much-needed energy aid and political concessions. However, Pyongyang halted the process more than a year ago and later abandoned the pact as it faced international censure for a series of nuclear and missile tests.

North Korean officials restarted the nuclear facilities in April in retaliation for a U.N. rebuke of a rocket launch widely criticized as an illegal test of its long-range missile technology, and kicked out international nuclear monitors.

In September, the North said it was in the final stage of reprocessing spent fuel rods, and also claimed it succeeded in enriching uranium, a process that would give it a second way to build atomic bombs.