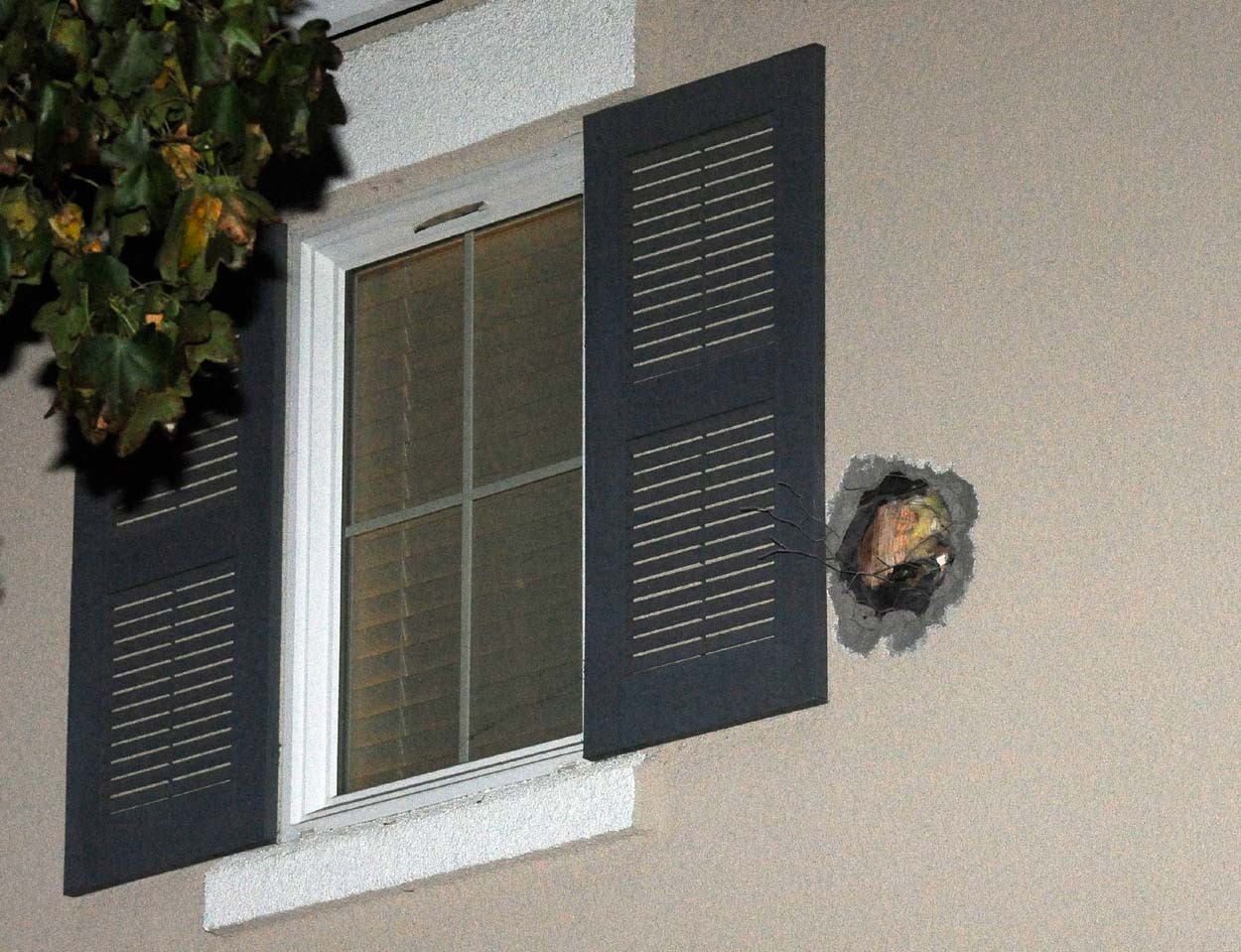 (CBS/AP) The "MythBusters" did some unplanned wall busting -- with an out-of-control cannonball. The Discovery Channel show was shooting a segment that involved firing a cannon on Tuesday when the plan went awry.

The segment took place at Alameda County Sheriff's Department bomb range in Dublin, Calif. The cannon was supposed to go through several barrels of water and a cinder block wall before hitting the bomb range. But instead, it sailed over the water-filled barrels and a concrete wall.

It then tore through a home and smashed a window in a minivan. Sheriff's spokesman J.D. Nelson told the Contra Costa Times no one was injured. The people in the home were asleep at the time.

"It's a little scary," said nearby resident Mark Hawthorne. "It's easy to laugh at after it's done and no one's hurt."