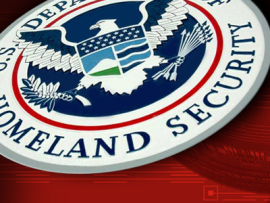 A Web host service shuts down a blogging platform and said authorities forced its hand. But the RIAA, MPAA and Homeland Security's antipiracy unit hasn't heard of the site. Who's responsible?

Blogetery.com, a little known WordPress platform used by more than 70,000 blogs, was shut down by its Web hosting company over a week ago and nobody seems willing to say why or who is responsible.

BurstNet, the Web hosting company, informed Blogetery's operator that service was terminated at the request of some law enforcement agency but wouldn't say which one. As for the reason, BurstNet hasn't made that clear either. In an e-mail to Blogetery's operator, BurstNet managers did say, however, that they had little choice but to terminate service.

"Please note that this was not a typical case in which suspension and notification would be the norm," BurstNet wrote to Blogetery's operator. "This was a critical matter brought to our attention by law enforcement officials. We had to immediately remove the server."

BurstNet executives were not immediately available for comment on Sunday afternoon.

Those BurstNet never indicated Blogetery's problems were caused by copyright violations, TorrentFreak, a blog that covers Web file-sharing issues and broke the story, wrote that the U.S. government may be involved as part of . Nearly three weeks ago, a group of federal law enforcement agencies, including the U.S. District Court for the Southern District of New York and the U.S. Immigration and Customs Enforcement (ICE), a unit of the Department of Homeland Security--seized assets and Web sites belonging to people authorities say operated illegal file-sharing sites. President Barack Obama has said his administration is going to and counterfeiting.

But on Sunday, a spokeswoman for ICE said "while ICE's Internet piracy enforcement efforts are still very much ongoing, we were not involved with the action."

That the MPAA and RIAA may not be involved makes sense. Typically, they try to make big news out of any enforcement efforts. They want them to act as deterrents.

And Blogetery's operator said in the e-mail exchange with BurstNet, that he always adhered to copyright law. Whenever anyone on his platform was accused of posting links to unauthorized movie or music files, he removed the material "within 24 hours."

What we still don't know is whether some state's enforcement agency or other branch of the federal government pressured BurstNet to cut off Blogotery. We still don't know for sure whether the reason for the shut down was due to copyright violations.

On Friday, Biden said, "This is "no time for incendiary tweets."