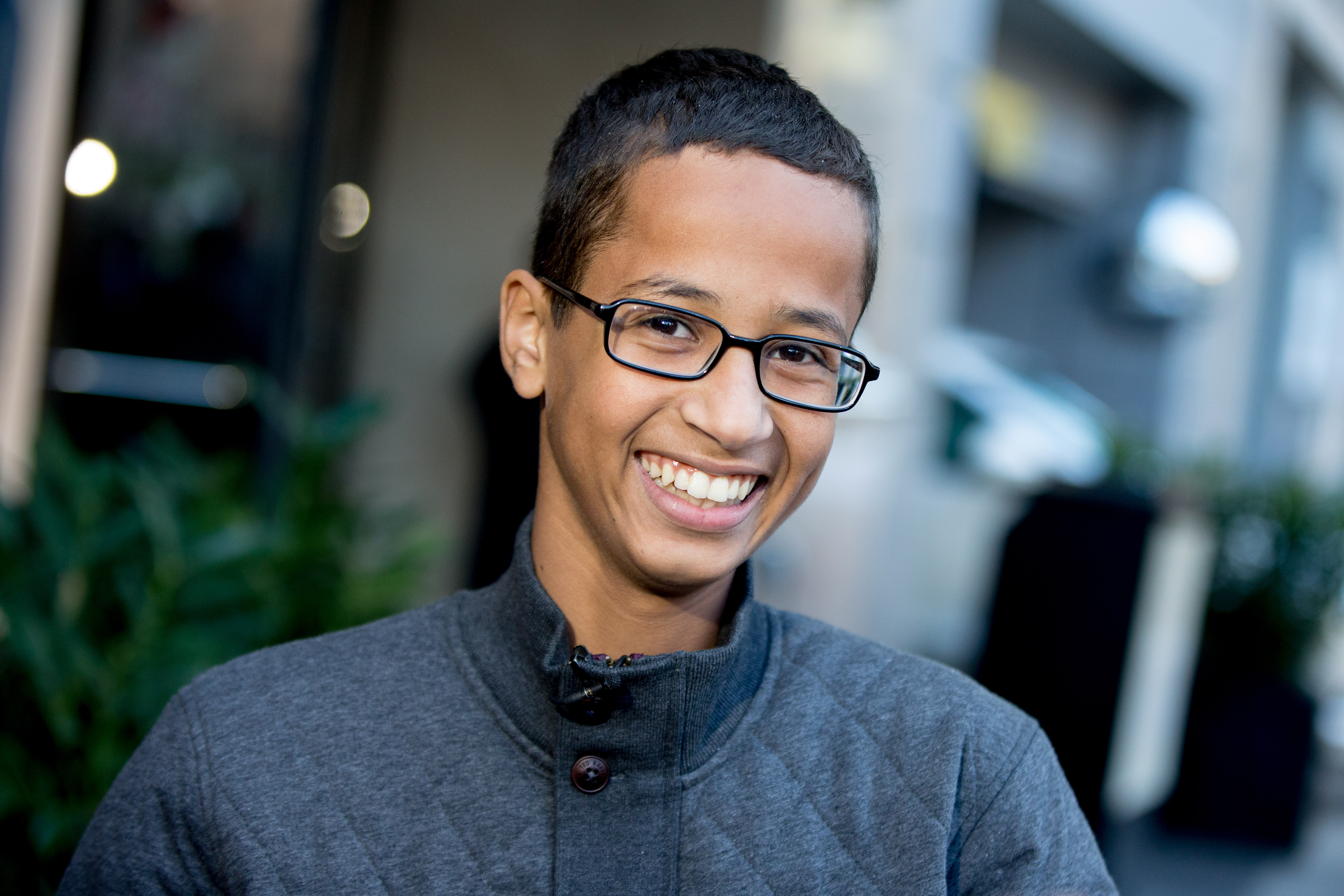 Ahmed Mohamed saw stars on the South Lawn of the White House. He was one, too, posing for pictures as the embodiment of youthful scientific curiosity, controversy and misunderstanding in an age of terror.

Mohamed met scientific stars like astronaut Alvin Drew before taking his seat to hear President Obama, who spoke of the importance of cultivating and encouraging those "glimmers of curiosity and possibility, not suppress them, not squelch them."

Just over a month ago, Mohamed brought a crude digital clock he constructed at home to school. His English teacher thought the contraption might be a bomb. Mohamed said as soon as he saw "her eyebrows go up," he knew was in trouble. He was arrested and suspended from school.

Mohamed's innocent motive behind his clock was to impress his engineering teacher, "but instead, I impressed the world," he said.

Tech executives rallied to Mohamed's cause and President Obama took to Twitter to praise his innovative spirit - one Mohamed said might make a difference in space.