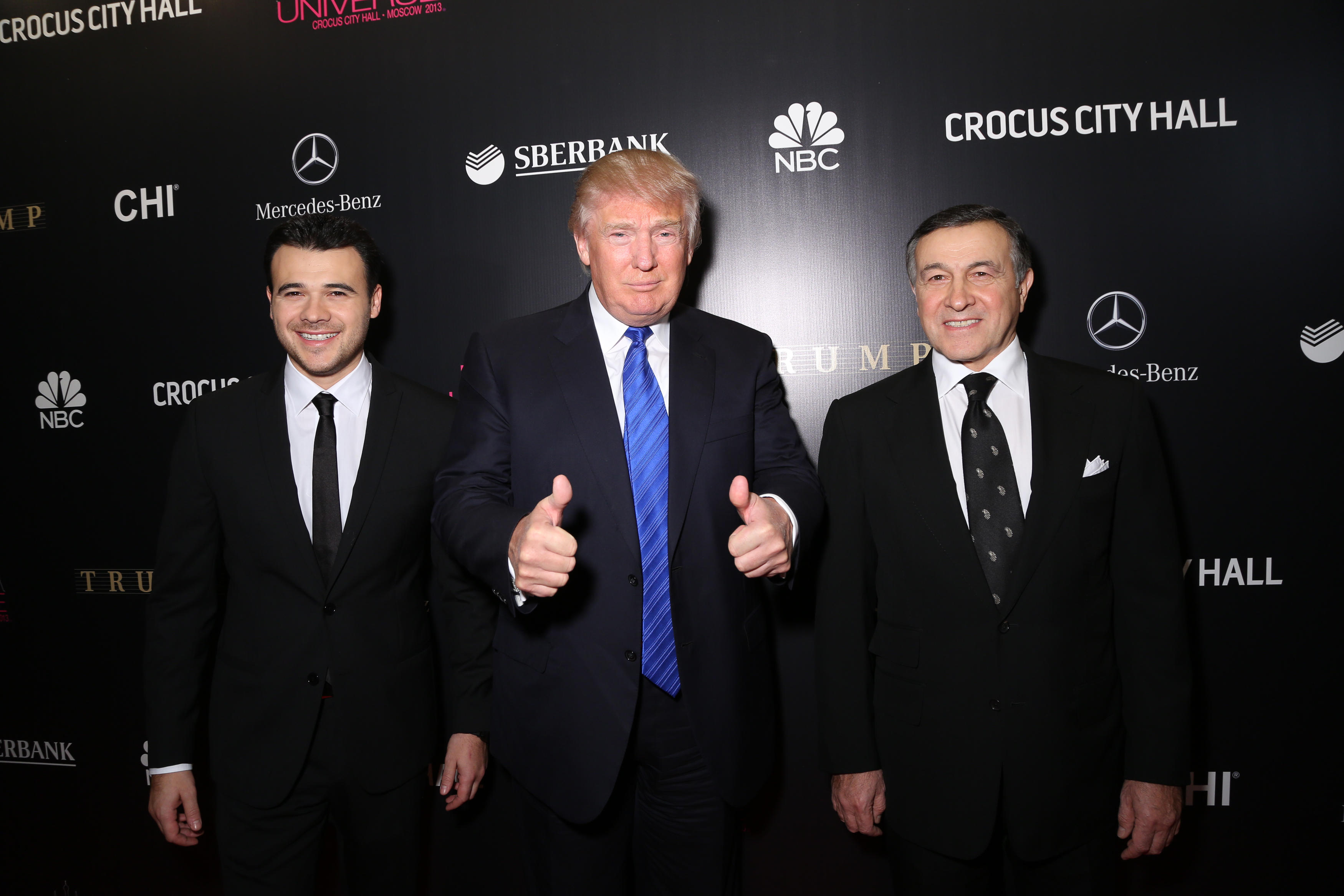 A music publicist says he set up a meeting between a Russian lawyer and President Donald Trump's eldest son on behalf of a client in Moscow named Emin Agalarov.

In a statement to The Associated Press on Monday, Rob Goldstone says the lawyer said she had information about purported illegal campaign contributions to the Democratic National Committee that she thought Donald Trump Jr. might find helpful.

Goldstone says Trump Jr. agreed to squeeze the meeting into a tight schedule.

Agalarov, an Azerbaijani pop star with self-proclaimed "rock star good looks and a clutch of international music awards", is the son of Azerbaijani-Russian billionaire Aras Agalarov and was once married to the daughter of the president of Azerbaijain, Illham Aliyev.

The Agalarov family has a history of ties to the Trump empire, including to Mr. Trump himself, who sent a personal message to the recording artist on his 35th birthday, which Emin re-posted after Mr. Trump's election win.

Mr. Trump even appeared in a music video for one of Agalarov's top hits, "In Another Life," back in 2013.

The video, which was shot when Mr. Trump was in Russia for the Miss Universe Pageant, features Mr. Trump firing Agalarov for seemingly daydreaming about pageant contestants, a nod to Mr. Trump's former stint on reality television, "The Apprentice."

In a March interview with Forbes, Agalarov claimed he and his developer father had plans to build a Trump Tower in Russia, but plans were scratched after Mr. Trump announced his intentions to run for office.

"He ran for president, so we dropped the idea," Agalarov said. "But if he hadn't run we would probably be in the construction phase today."

The Trump organization and lawyers for Mr. Trump have denied having "any income of any type from Russian sources," and administration officials in May would not commit to disclosing a list of the president's associates who had any business ties with the Russian government.

The Agalarov family name has since popped up in a dossier on Mr. Trump compiled by former British intelligence officer, Christopher Steele, which was later turned over to U.S. intelligence.

The dossier claims that Emin's father Araz had been closely involved with Mr. Trump during his visits to Russia and "would know most of the details of what the Republican presidential candidate had got up to there."

Mr. Trump dismissed the document, which allegedly contained unproven allegations of contacts between Mr. Trump's advisers and Russians about the hacking of the emails of the Democratic National Committee and of Hillary Clinton campaign chair John Podesta, and other potentially compromising material.

The 35-page dossier was circulated in political and media circles in the United States but was not published for some time because the information could not be verified.

Another Agalarov family connection? Russian President Vladmir Putin awarded the Agalarov patriarch with an Order of Honor of the Russian Federation for his contributions to the country.

Aras Agalarov, who has served as a liaison between Mr. Trump and Putin on several occasions, has been awarded numerous Russian state-funded development projects for construction by his real estate company.