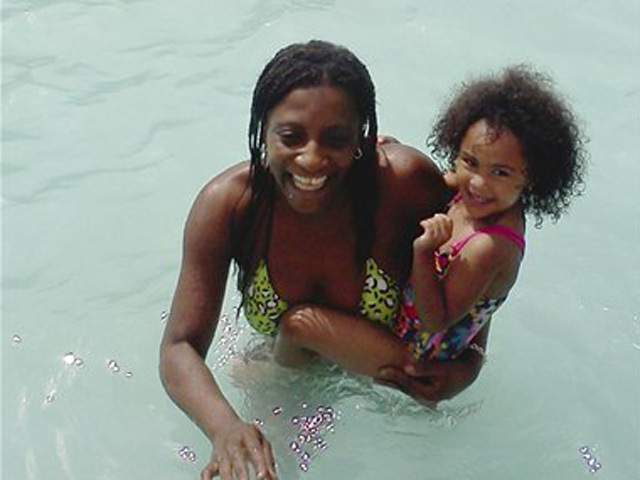 The Bristol County district attorney's office said the body of Marie Joseph was submerged at the bottom of the 12-foot-deep end of the pool from Sunday afternoon until Tuesday evening.

Joseph, 36, was a hotel housekeeper in Newport, R.I. She was from Haiti and had five children. Her body was discovered after it floated to the surface shortly before some youngsters sneaked into the pool for a clandestine swim Tuesday night.

The medical examiner's office has determined the manner of her death to be accidental and the cause to be asphyxiation by drowning.

The probe shows the water in the Fall River pool was murky from the time the pool opened for the season last Saturday. Visibility tests conducted Wednesday revealed a diver couldn't be seen at a depth of 3 1/2 to 4 feet below the surface of the water.

"Although this office is releasing this preliminary information regarding the case today, the investigation into the death, the circumstances surrounding it and the delay in discovering the body is ongoing,'' the district attorney's office said in a statement.

The agency will immediately begin investigating issues related to Joseph's death, including clarity of the pool water and whether water quality protocols were followed, Lambert said.

Lambert said that 11 pools reopened Friday after safety inspectors found they met all safety guidelines and their staffs are well-trained. Additional pools will reopen once their reviews are complete.

But the Fall River pool will not reopen anytime soon because its entire staff has been suspended. City officials also have said that they will not issue a permit to reopen until state officials assure them that swimmers will be safe there.

Lambert, however, said state-run pools do not require local permits to operate.

``There are some instances where local communities come in and perform inspections. We don't discourage that,'' he said. State officials on Friday sought to reassure the public about safety at public swimming pools ahead of the July Fourth holiday weekend.