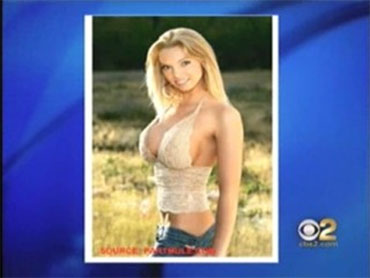 BUENA PARK, Calif. (CBS/AP) A body found stuffed in a suitcase and thrown in a trash bin has been identified as that of a 28-year-old former swimsuit model who disappeared over the weekend.

Police said Tuesday that Jasmine Fiore had been strangled.

Lieut. Gary Worrall says police want to speak with Ryan Alexander Jenkins who reported her missing Saturday night after he reportedly took her to a poker party in San Diego the night before.

The celebrity gossip site TMZ.com says Jenkins, 32, is from Calgary and was among the final contestants on the reality TV show "Megan Wants a Millionaire," which airs on VH1.

The celebrity website quotes Jenkins' publicist as saying "Ryan is currently speaking to his attorney and will fully co-operate with the police in this matter."

Fiore had recently moved to Los Angeles from Las Vegas and had appeared in an ad for Howard Stern's radio show.