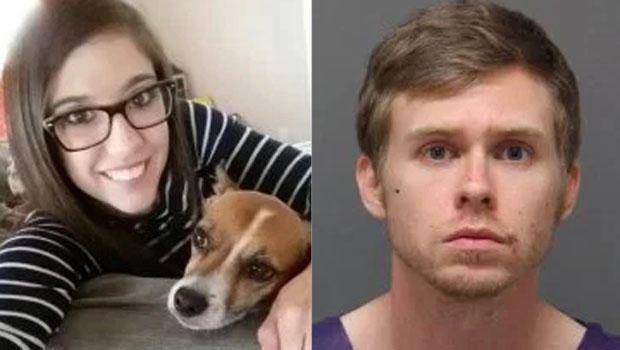 RALEIGH, N.C. -- A man who allegedly told a 911 dispatcher he took too much cough medicine and awoke to find his wife slain appeared in court Tuesday on first-degree murder charges.

Authorities in Raleigh, North Carolina, received the call from 28-year-old Matthew Phelps Friday and responded to find his wife, 29-year-old Lauren Ashley-Nicole Phelps, dead in a bedroom from stab wounds.

In the 911 call, obtained by CBS affiliate WNCN, Phelps told the operator he took more cold medicine then he should have and woke up after his dream with blood all over him and a knife on the bed he shared with his wife.

"I think I did it," he's heard saying on the call.

The victim's family members attended Tuesday afternoon's hearing, reports the Raleigh News & Observer. Phelps appeared wearing an orange and white striped prison jumpsuit and listened quietly as a judge told him he could spend the rest of his life in prison without the possibility of parole or face the death penalty if convicted, the paper reports.

After the hearing, Phelps' lawyer Joseph Blunt Cheshire V told the paper that the effects of the cold medicine on his client would be "an interesting subject of inquiry."

He called Lauren Phelps' death and Matthew Phelps' arrest "a very tragic situation" and asked that the public withhold judgment until more is known.

"There's a whole lot more to this story that will be told in the future," he told the paper.

When a dispatcher asks him what happened, he says, "I had a dream, and then I turned on the lights and she's dead on the floor."

"How? How? How?" the dispatcher is heard asking.

Phelps responds, "I have blood all over me and there's a bloody knife on the bed and I think I did it."

Phelps says the medication he took was Coricidin, a cough and cold medication, "because I know it can make you feel good and sometimes I can't sleep at night."

Toward the end of the seven-minute 911 call, Matthew Phelps started sobbing, saying his wife didn't deserve this.

Coricidin contains dextromethorphan and chlorpheniramine, which experts say when taken in high doses – which is typically a result of recreational use – can cause euphoria, agitation, psychoses and dissociative phenomena.

A statement available on the Coricidin website describes abuse of over-the-counter products including those that contain dextromethorphan, one of the active ingredients in certain Coricidin products, as a "long-standing issue" and says the cough suppressant is safe when used as directed.

In a statement released to CBS News' Crimesider, Coricidin parent company Bayer said it "extends our deepest sympathies to this family."

"Patient safety is our top priority, and we continually monitor adverse events regarding all of our products," the statement said. "There is no evidence to suggest that Coricidin is associated with violent behavior."

The couple had been married less than a year. The woman was laid to rest Monday at the same Wake Forest church where the two wed last November, reports CBS affiliate WNCN.