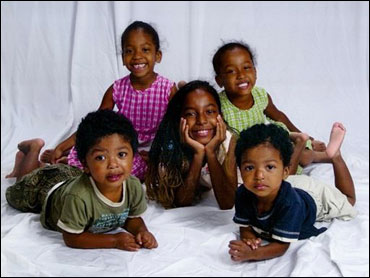 A Los Angeles hospital has confirmed that two of its former employees died in family murder-suicide in the city's Wilmington area.

Kaiser Permanente Medical Center West Los Angeles says in a statement that Ervin Antonio Lupoe and his wife, Ana, were former employees and the hospital is cooperating in the police investigation.

The hospital says in its statement, "We are deeply saddened to hear of the deaths of the Lupoe family."

Lupoe, apparently distraught over job problems fatally shot his wife, five young children and himself at their harbor-area home Tuesday.

Shortly before the killings, Lupoe faxed a letter to a TV station claiming that he and his wife had been fired from jobs as medical technicians and she suggested they kill themselves and their children, too.

"Why leave the children to a stranger?" Lupoe wrote, according to KABC-TV.

KABC reported that Lupoe claimed in the fax that an administrator rebuffed them when they showed up to work, told them to file a union grievance and said, "You should have blown your brains out."

Lupoe wrote that they filed a grievance but nothing was done and two days later they were fired, KABC said.

"They did nothing to the manager who started such and did not attempt to assist us in the matter, knowing we have no job and five children under 8 years old with no place to go. So here we are," the note said.

At the bottom of the note, the man wrote, "Oh lord, my God, is there no hope for a widow's son?"

It was the third mass slaying of a family in Southern California since fall.

"Today our worst fear was realized," said Deputy Chief Kenneth Garner. "It's just not a solution. There's just so many ways you find alternatives to doing something so horrific and drastic as this."

Police described the fax but did not release the detail reported by the KABC.

"He was going through some critical situation at the job, that's what he described in that two-page letter, ongoing problems at the job, and that's what prompted him to take his own life and his family, from what was said in the fax letter," Garner said.

The TV station called police after receiving the fax, and a police communications center also received a call from a man who stated, "'I just returned home and my whole family's been shot,"' Garner said.

"There is a disconnect but we believe our suspect is the one who called," Garner said.

Officers rushed to the two-story home in Wilmington, near the Port of Los Angeles, shortly before 8:30 a.m., apparently within minutes of the killings. Garner said the officers could still smell the gunshot residue.

Although the fax asserted that the woman was involved, police Lt. John Romero said, "It is apparent that the suspect in the murder is the male adult."

The two-story home, much larger than its one-story neighbors, sits in front of a railroad track in Wilmington, a community about 18 miles south of downtown. A children's playset stood in the backyard.

On Dec. 24, a man dressed up as Santa Claus invaded a Christmas Eve party at his ex-wife's parents' home in suburban Covina. His ex-wire and eight of her relatives died from gunshots or in the house fire he set. The man later killed himself.

In October, an unemployed financial manager despairing over extreme money problems shot and killed his wife, three children, mother-in-law and himself in their home in the Porter Ranch area of the San Fernando Valley.