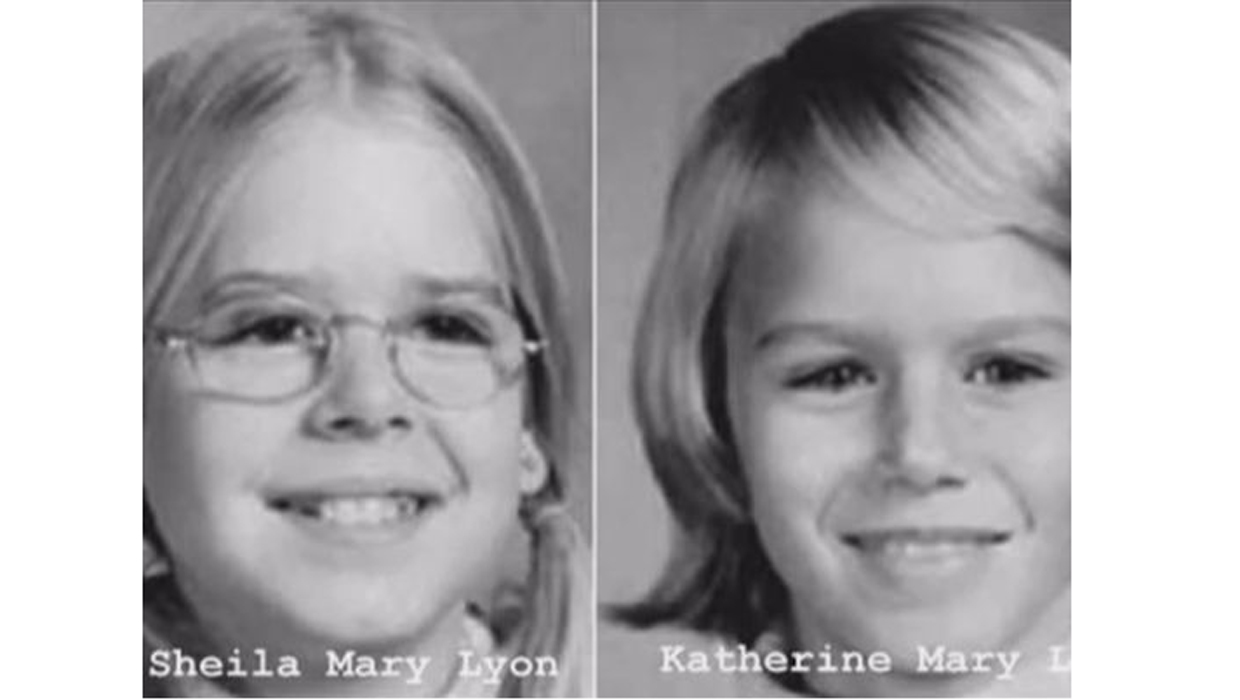 WHEATON, Md. -- A 58-year-old convicted child sex offender has been indicted on two counts of first degree felony murder in the haunting cold case of two young sisters who vanished from a Maryland mall in 1975, Maryland and Virginia officials announced Wednesday.

Lloyd Lee Welch, Jr., identified as a person of interest last year, was indicted July 10 by a Bedford County, Va. grand jury, according to Bedford County Sheriff Mike Brown. Welch is facing of one count of first-degree felony murder during an abduction with intent to defile for each of the two victims - Sheila Lyon, 12, and her sister Katherine, 10.

Officials believe the girls were abducted after they walked from their home in the Washington, D.C. suburb of Kensington to a shopping mall in neighboring Wheaton.

Manger said the department has spent more than 16,000 investigative hours on the case over the past two years, served more than 50 search warrants, and conducted more than 100 interviews and interrogations.

The girls' parents and three generations of the Lyon family attended the announcement, officials said.

Welch is a child sex offender serving a lengthy prison term in Delaware. At the time of the girls' disappearance, he was an 18-year-old carnival worker and drifter who had been spending time in the Wheaton area. Authorities have established that he was at the mall the day the girls vanished and was seen paying attention to them.

Lloyd Welch had previously been named as a person of interest along with his uncle, 70-year-old Richard Welch. Richard Welch's wife, Patricia, was charged with perjury after testifying before the grand jury in December.

Welch Sr. is also believed to own or have owned property on Taylor's Mountain in Bedford County, Va., where investigators including an FBI evidence recovery team conducted a forensic dig in January. The remote area between Roanoke and Lynchburg is more than 230 miles southwest of where the young sisters vanished.

Lloyd Welch denied involvement in the girls' disappearance in a letter to The Washington Post. Richard Welch, who lives in Maryland, has declined to comment.

The Post also reported that Welch asked a relative in rural Virginia to wash bloody clothes that he was carrying in a duffel bag, according to a search warrant affidavit. Welch told the relative that the blood was from raw hamburger, but investigators believe that it could link him to the Lyon sisters' presumed deaths, The Post reported, citing the affidavit.