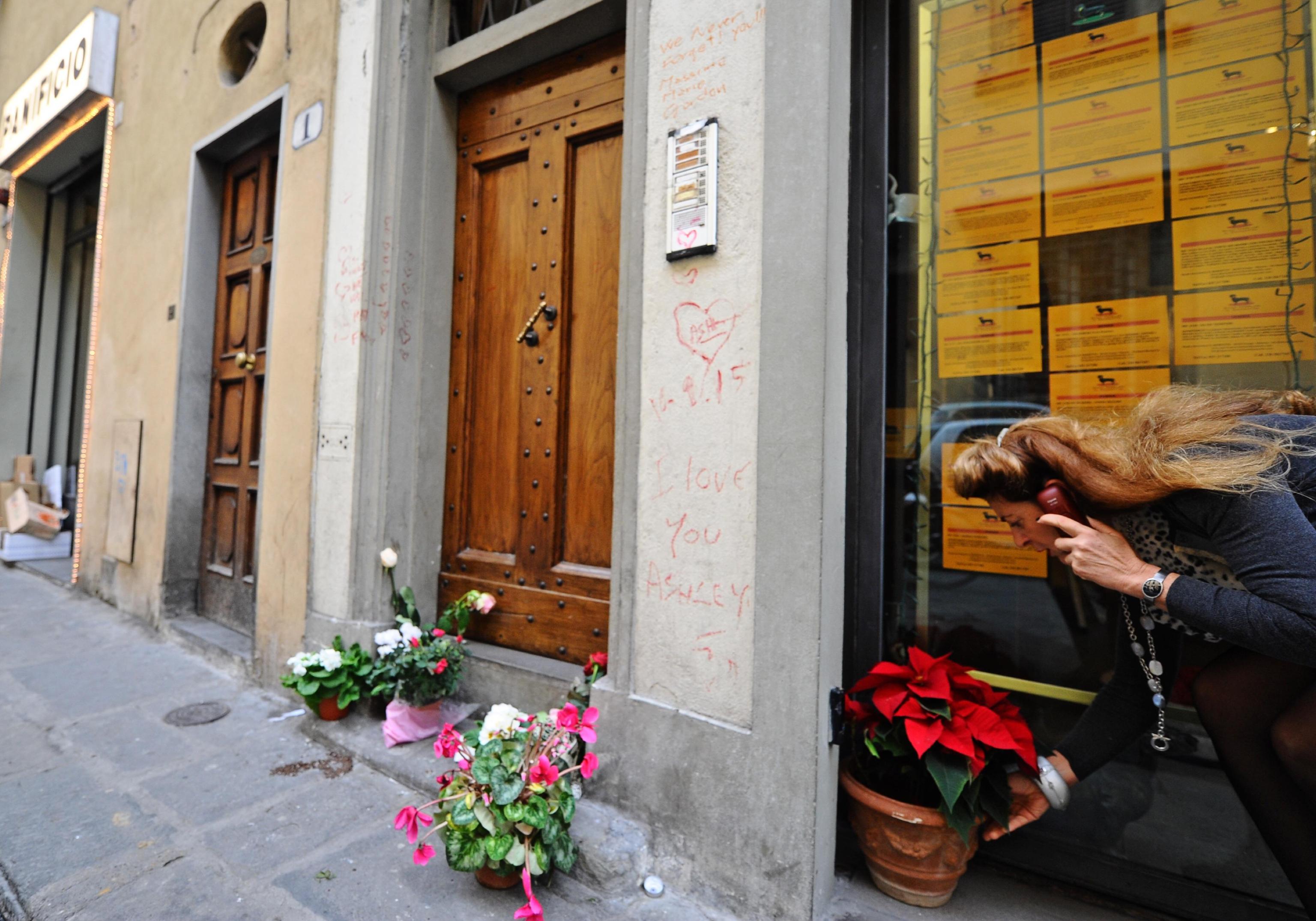 ROME, Italy -- New details of the grisly crime scene discovered by the boyfriend and landlady of an American woman murdered in Italy are coming out, but as Allen Pizzey reports, there was also a poignant reminder Monday that it is as much a tragedy as a murder mystery.

Ashley Olsen's father Walter laid a wreath Monday outside the front door of the building in Florence where his daughter lived, and died. The apartment where her body was found has been sealed by police.

According to Italian media reports and police sources, Olsen was not killed with bare hands. Sources have noted that a computer cable was found at the crime scene, but it's still unclear whether it was used by the killer or killers.

Prosecutor Giuseppe Creazzo said Tuesday that an autopsy determined that Olsen was strangled, possibly with a rope. However, Creazzo said more time was needed to establish the time of death and determine whether Olsen had been sexually assaulted.

The apartment was in found in a state of chaos; broken glass all over the floor, a smashed chair and clothes strewn about. Olsen's body was found wearing only socks.

The police still have no suspects.

Two lines of graffiti scrawled on the building's exterior wall sum up how her friends feel, reading, "I love you Ashley" and "He is guilty, he will pay."

A friend, who would only give her name as Amy, said the murder was incomprehensible.

Equally inexplicable are posts on one of her social media pages, suggesting she might have had a stalker. The question is, if the photos were taken by a stalker, how did she get them? Or was it just a joke?

The police found a bra on a bicycle seat near Olsen's apartment, but have not officially connected it to the murder.

Olsen was last seen in a nightclub, where she stayed on after the friends she was with left late Friday night.

Some 72 hours of video from surveillance cameras in the street near Olsen's apartment are being scrutinized by investigators in hopes of spotting a credible suspect.

For now, however, it remains a mystery that grows only more curious with each new piece of evidence and information.

Sabina Castelfranco contributed reporting from Florence for this story.