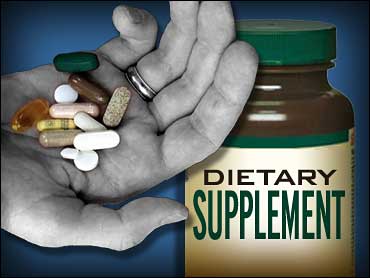 The largest study ever of multivitamin use in older women found the pills did nothing to prevent common cancers or heart disease.

Millions of Americans spend billions of dollars on vitamins to boost their health. Research has focused on cancer and heart disease in particular because of evidence that diets full of vitamin-rich foods may protect against those illnesses. But that evidence doesn't necessarily mean pills are a good substitute.

For one thing, the data are observational, not the most rigorous kind of scientific research. And also, it's not clear if taking vitamins might help prevent cancers that take many years to develop, said Manson, chief of preventive medicine at Harvard's Brigham & Women's Hospital.

She said multivitamins still may be useful "as a form of insurance" for people with poor eating habits.

The study involved an analysis of data on women in their 50s and up who participated in long-running government studies on postmenopausal women. Almost 42 percent of the women said they used multivitamins regularly.

After about eight years, roughly equal numbers of vitamin users and nonusers developed common cancers, heart attacks and other cardiovascular problems. Overall, there were 9,619 cases of cancer, including cancers of the breast, lung, ovary, colon and stomach; and 8,751 cardiovascular ailments including heart attacks and strokes. In addition, 9,865 women died, also at similar rates in multivitamin users and nonusers.

Alice Lichtenstein, a Tufts University nutrition professor who was not involved in the research, said the study is important because it involved so many women.

"All the evidence keeps pointing in the same direction," Lichtenstein said.