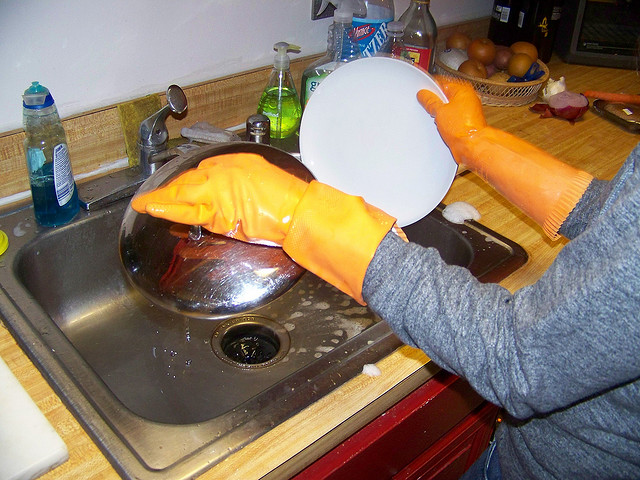 The number of hours American men and women spend on housework has been moving toward parity for some time, with men -- at least those without kids -- spending about 80 percent as much time on chores as women do.

Why? Because women spend a lot more time multitasking then men do.

It seems that even though the sexes would appear to splitting the drudgery nearly evenly, women still have many more responsibilities. That's not showing up in the hours they work, though, because they're so likely to be doing two things at once. Or more.

"When you look at men and women in similar kinds of work situations, they look very similar," says Barbara Schneider, a professor of sociology at Michigan State University and a co-author of the study. "But when they come home, it is very clear that women are shouldering much more of the responsibilities of housework and childcare."

Schneider's research, in collaboration with a team from Israel's Bar-Ilan University, found that women spend about 48.3 hours in the home multitasking per week. That's quite a bit more than men, who average about 38.9 hours multitasking. The researchers studied 368 moms and 241 dads. While many parents refer to the hours from 5 p.m. until 8 p.m. as the "witching hour," some of these women went so far as to call that time "the arsenic hours."

Says Schneider: "Working mothers are doing two activities at once more than two-fifths of the time they are awake, while working fathers are multitasking more than a third of their waking hours."

Meanwhile, women were taking on tasks that were a lot more labor-intensive than what the men were doing, such as:

-- Housework: About 52.7 percent of all multitasking for working mothers involved housework, compared to 42.2 percent for dads

-- Childcare: About 35.5 percent of multitasking for working mothers included childcare, compared to about 27.9 percent for men.

When the dads multitasked, it was more likely to mean they were attending to work while simultaneously doing housework. Moms tended to be doing two forms of home- or kid-related juggling. And while the dads felt pleased with their multitasking, the women were more likely to be stressed out by it.

Jobs that traditionally fall to men, such as home repairs and mowing the lawn, were not included in the survey. The researchers say that's because these jobs are usually considered more enjoyable than "core chores" such as cleaning the kitchen or doing laundry.

The study was published in the December issue of the American Sociological Review.