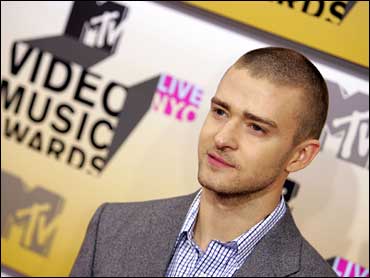 The MTV Video Music Awards are synonymous with debauchery, so it makes sense that the annual event has found a new home in Sin City: Las Vegas.

After broadcasting from New York last year, the awards will air live from the Palms Casino Resort in Las Vegas on Sept. 9. But the network promises that the awards show will not be a one-day offering, but a three-day bash with several events leading up to the big night.

"We really want to showcase a lot of new talent ... and have performances all around town, really driving into the show on Sunday," the show's executive producer, Jesse Ignjatovic, told The Associated Press on Wednesday. "It's going to be a full weekend event."

MTV plans to use every inch of the Palms for the show, including its suites and rooftop club, to move away from a stage-show format. In addition, the repeats of the VMAs that have always saturated the network in the days after the event will be no more. Instead, MTV will broadcast "remix" versions of the show, with viewers helping to determine what clips will be replayed.

"We really want it to be you tune in that night and what happens you might not see again," Ignjatovic said. "The versions that follow the premiere will all be unique and original and different from the actual show."

September's show will mark the show's 24th year. In recent years it has been criticized for being staid, a far cry from its zany past and the jaw-dropping moments it generated, like the Britney Spears-Madonna kiss.

Ignjatovic, who has developed several shows for the network, says that by moving the show to Las Vegas and changing the way its produced, "that's going to inject a new kind of life into the format, hopefully."

"It's really shaking up the way things are done," he said. "It's really taking people out of their comfort zone, taking some chances."

This isn't the first time MTV has moved the VMAs out of New York. In 2004 and 2005, Miami's American Airlines Arena hosted the event.