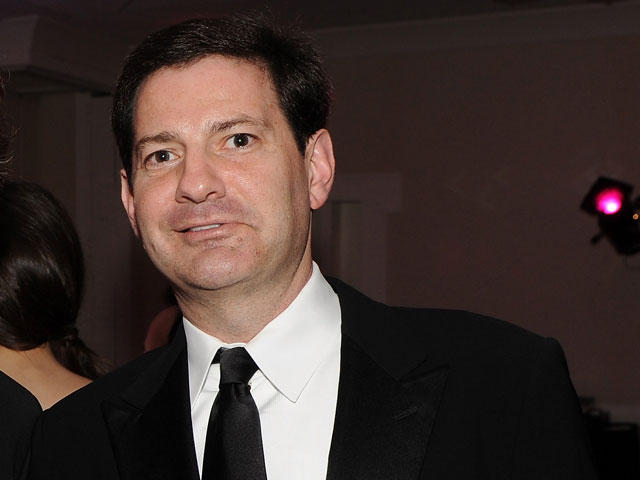 MSNBC on Thursday suspended indefinitely Mark Halperin from his role as an analyst on the network, hours after the Time Editor-at-Large called President Obama "a dick" on live television.

"Mark Halperin's comments this morning were completely inappropriate and unacceptable. We apologize to the president, the White House and all of our viewers," MSNBC said in a written statement.

"We strive for a high level of discourse and comments like these have no place on our air. Therefore, Mark will be suspended indefinitely from his role as an analyst," the MSNBC statement said.

The swift suspension came after Halperin said "I thought he was kind of a dick yesterday," on the cable network's political gabfest, "Morning Joe."

Halperin made the comments after asking on-air if the producers had a seven-second delay commonly used in broadcasting.

"Oh my God. Delay that," Scarborough said after Halperin made the offending comment

Scarborough gave Halperin the go ahead to make a possibly offensive comment and promised the delay function would be used if needed, but it was not used.

"Take a chance, have faith," Scarborough said ahead of the offending remark.

Halperin quickly apologized on the air on "Morning Joe" and again on his Twitter account."Joking aside, this is not a pro-forma apology. It's an absolute apology. Heartfelt to the president and to the viewers. I became part of the joke but that is no excuse, I made a mistake and I am sorry and I shouldn't have said it. As I said I apologize to the president and to the viewers," Halperin said. A spokesman for Time magazine did not have a comment, despite repeated requests from CBS News.While many people make far worse comments about Mr. Obama online, Robert Thompson, a professor of television and popular culture at Syracuse University, said the fact that it was on television and appeared to planned in advance made it harder for Halperin to defend."That's what I think makes this a little different, it wasn't something that just came off the top of his head," Thompson said, adding the premeditation "puts it into the realm of bad judgment."As part of the statement issued by MSNBC, Halperin said "I completely agree with everything in MSNBC's statement about my remark. I believe that the step they are taking in response is totally appropriate."White House spokesman Jay Carney said he called executives at MSNBC to express concern about the remarks but did not have any comment on the actions that they took. "The comment that was made was inappropriate. It would be inappropriate to say that about any president of either party," Carney told reporters at the White House.Obama campaign adviser David Axelrod said Halperin's comments were "stupid and tasteless," but he thinks no on regrets the comment more than Halperin himself. "I do think you have to take into account who the guy is and what he's done over the long course of his career. While I disagree with him, and while he clearly made a mistake here, I don't think it characterizes the sweep of his career," Axelrod said in an interview the Washington Post's Greg Sargent.
View CBS News In
CBS News App Open
Chrome Safari Continue