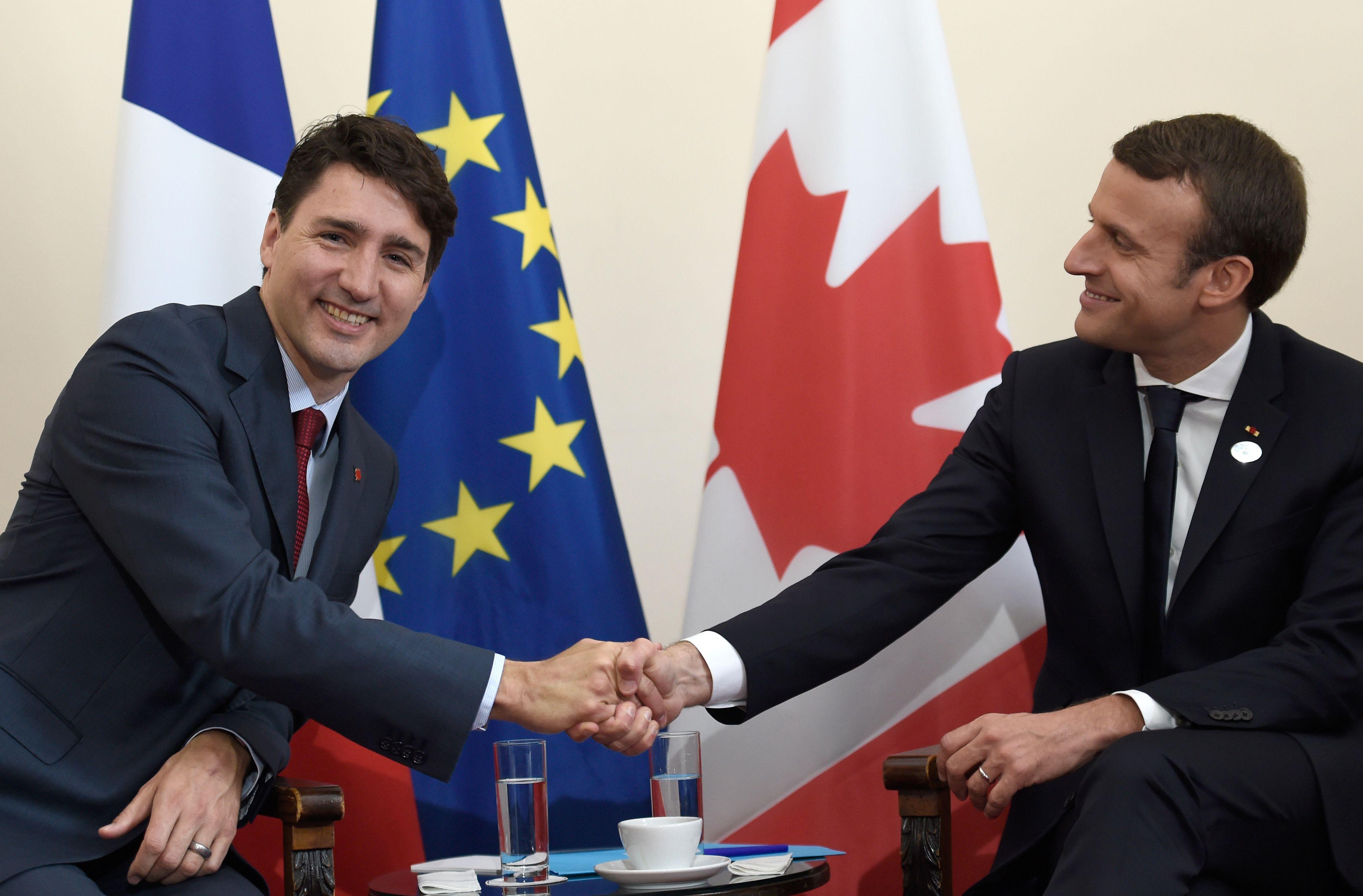 Former President Barack Obama and Vice President Joe Biden may have been officially dethroned for having the most popular internet bromance.

It wasn't too long ago, as the 44th president prepared to leave office, that social media users were collectively competing to come up with the best meme of the two political leaders and friends. They provided comedic relief for many after a contentious campaign and election period.

But that was then. Now, Canada's Prime Minister Justin Trudeau and France's newly-elected President Emmanuel Macron have taken center stage.

During the G7 Summit in Sicily, the two leaders met for the first time. According to their tweets, they discussed jobs, security, climate, and the Franco-Canadian alliance. None of that mattered, though, once the citizens of the interwebs got their hands on photos of the meeting.

Almost instantly, it became the political bromance of 2017. And to be fair, the video of their encounter is pretty bromantic. Trudeau and Macron are seen walking through a garden on a beautiful sunny day, with the ocean glistening behind them. At one point, Macron actually picked a flower.

And thus, the memes were born.