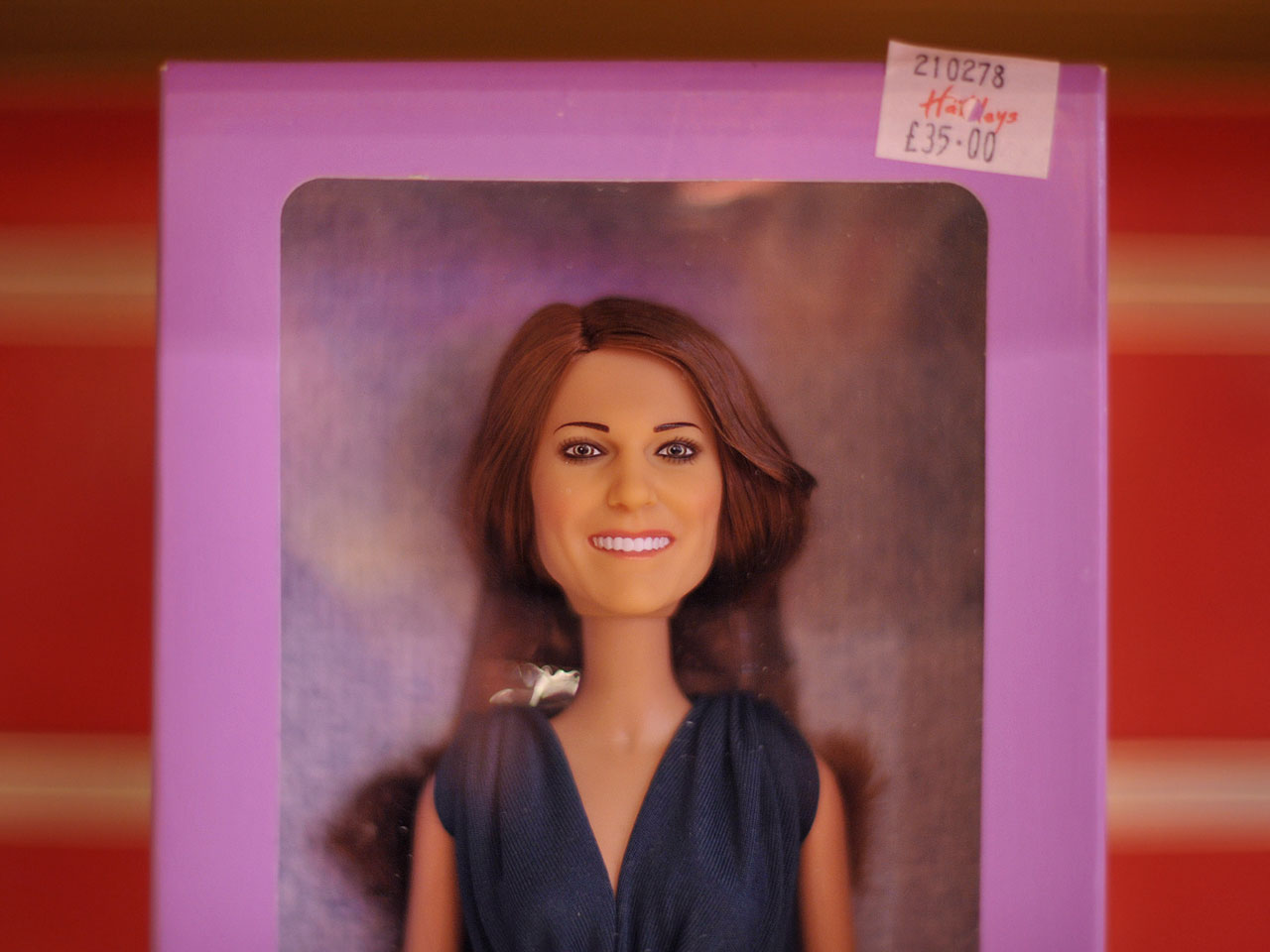 (CBS) Kate Middleton's face has been put on everything from towels to teabags since her engagement to Prince William was announced last November. And now, the future princess also has a Barbie-style doll fashioned in her likeness.

The doll comes with a replica of Middleton's gold Eton clutch purse, with a horseshoe clasp and gold chain, and gold heels inspired by British designer Beatrix Ong. It also comes with a purple fascinator - a tribute to Middleton's penchant for distinctive hats and hairpieces.

Head over to the Daily Mail's article to see pictures of the doll posing in front of London landmarks like Piccadilly Circus, Westminster Abbey (the site of the royal wedding ceremony) and Buckingham Palace.

The real Middleton will marry William on April 29.