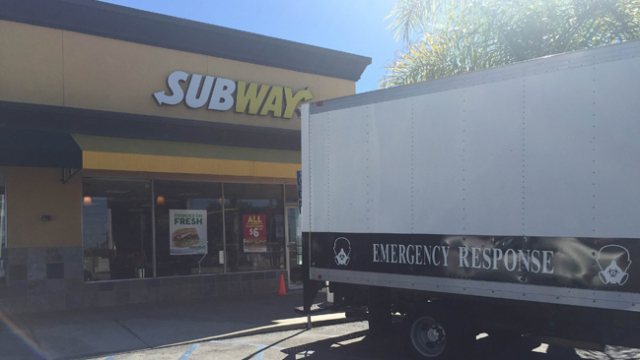 WEST COVINA, Calif. -- The mother of a newborn baby found in a toilet at a Subway restaurant in Southern California last week has been charged with felony child abuse.

It's unclear whether Trinidad has an attorney.

Employees found Trinidad's crying infant Feb. 15 after seeing a bleeding woman leave the sandwich shop and following a trail of blood back to the toilet.

"Employees went inside and saw an umbilical cord hanging out of the toilet, then they found the baby in the toilet," a police spokesperson told City News Service last week.

Trinidad, who is homeless, was arrested nearby after police reportedly followed the trail of blood out of the restaurant. Trinidad had previously been arrested on Jan. 3 for possession of a controlled substance and possession of drug paraphernalia.

The crying infant had to be hospitalized in critical condition because the cold toilet water lowered his core body temperature, police Lt. Dennis Patton told the Los Angeles Times last week. However, the baby is now expected to survive.