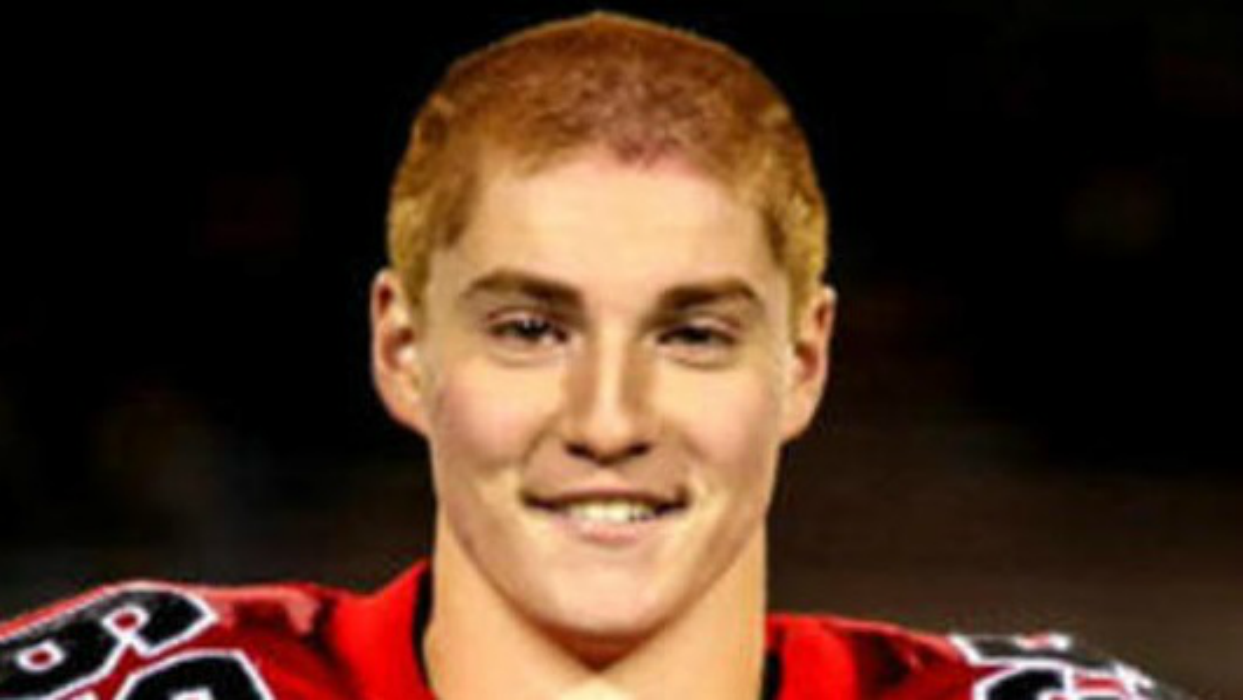 BELLEFONTE, Pa. -- A judge has dropped the most serious charges against Penn State fraternity members linked to the death of a pledge whose agonizing night after a fall down stairs was captured by security cameras.

District Justice Allen Sinclair made his ruling Friday over whether prosecutors have put on enough evidence to send the charges against the now-shuttered Beta Theta Pi fraternity and 16 former members to county court for trial.

In all, 18 fraternity brothers faced charges that for some included involuntary manslaughter and aggravated assault, while others are charged with less serious allegations. Two defendants waived the hearing and agreed to stand trial.

Eight faced the most serious charges of involuntary manslaughter and aggravated assault, but the judge on Friday dropped those charges.

Four of the defendants who were charged with single counts had their cases dismissed, but the rest were ordered to stand trial on the remaining charges including reckless endangerment, hazing and tampering with evidence.

Fourteen fraternity brothers are now headed to trial in the case.

"Obviously now the teeth have really been taken out of the commonwealth's case," defense attorney Michael Engle said.

Centre County District Attorney Stacy Parks Miller said she will seek to have the involuntary manslaughter charges re-instated. She may also seek to refile felony charges of aggravated assault. Defense attorneys say they will oppose such efforts.

The ruling follows a hard-fought, unusually long, seven-day preliminary hearing in which the defendants and a platoon of defense attorneys wedged into the courtroom fought against allegations that a night of hazing and heavy drinking caused the death of Tim Piazza on Feb. 4.

Miller has argued that members of the fraternity pressured Piazza and other pledges to drink heavily, plying them with wine, vodka and beer after a ceremony to mark their decision to pledge the organization.

That pressure included running them through a speed-drinking "gauntlet" and directing them to collectively drain a large bottle of vodka.

The security video recorded Piazza, 19, a sophomore engineering student from Lebanon, New Jersey, appearing intoxicated and being led to a couch after 11 p.m. A few minutes later, he fell head-first down a set of basement stairs and had to be carried back up in an unconscious state.

For several hours members of the fraternity appeared to take half-hearted and even counterproductive measures to tend to their injured friend, pouring liquid on him and strapping on a loaded backpack to prevent him from rolling over and choking on vomit.

In the early morning hours Piazza was pictured stumbling from the couch to other areas on the vast house's first floor, including falls into a door and onto a stone floor.

He somehow ended up back in the basement the next morning and was again carried back upstairs to a couch. It took another 40 minutes for fraternity members to call an ambulance.

Authorities said Piazza had ingested a dangerous amount of alcohol and suffered severe head and abdominal injuries. He soon died at a hospital.

Defense attorneys have sought to convince Sinclair that their clients' roles were minimal or their actions did not amount to criminal behavior. They argued the students had little reason to anticipate tragic results from a night that also included an alcohol-fueled social mixer with a sorority group.

Parks Miller said many of the defense arguments would be more suitable for a jury to consider. She disputed a suggestion that defendants would not have known of the danger because no one had died during the fraternity chapter's long history.

"As far as this idea, 'Well, nobody died before,' do they really think they get a free death before someone is held responsible?" Parks Miller told the judge.

Defense attorney Michael Engle argued that "the voluntariness of the drinking" is an important factor when considering Piazza's fate.

"What we have is evidence from this record that this tragic death was simply not foreseeable here," Engle said.

He challenged Parks Miller's approach to charging the men as accomplices, arguing that would require a principal actor that was not established.

Parks Miller said the speed-drinking gauntlet was designed by the group "for maximum devastation."