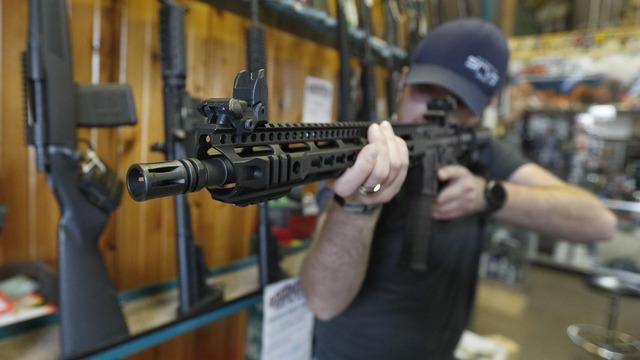 More than six in 10 Americans, including most parents, think students should get involved in the issue of gun policy and school safety; just over a third say the issue would be better left to adults.

More women (65 percent) are supportive of the students getting involved than men (58 percent).

There are some partisan splits. Most Republicans think the issue of guns and school safety would be better left to adults, while majorities of Democrats and independents say students should be involved in these issues.

Americans express skepticism about allowing teachers to carry guns, with more saying it would lead to gun violence (44 percent) rather than help prevent it (29 percent).  A quarter don't think it will have an impact.  Parents of children under 18 echo these views.  The differences on this are partisan: a majority of Republicans thinks armed teachers would prevent violence. Democrats and independents disagree.

In general, most Americans think teachers in their community are paid too little.

Two in three parents of children under 18 say they have talked with their children about gun violence in schools since the shooting in Parkland, Florida.