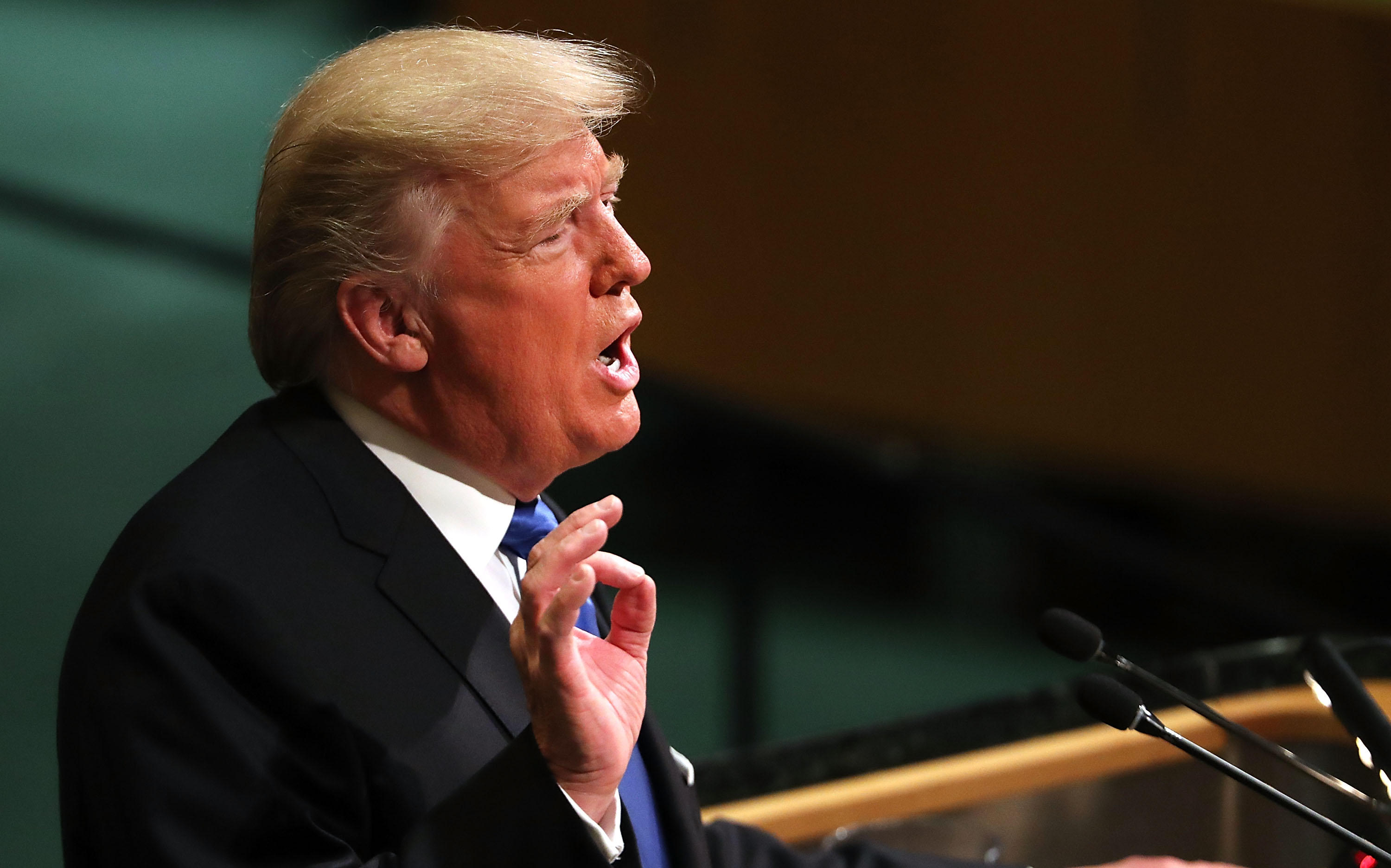 Most Americans continue to see North Korea as a threat that can be contained, though the number who say it requires military action has risen slightly in recent weeks. A majority disapprove of President Trump's handling of the situation, and more voice concern that the U.S. would go to war too quickly than too slowly. Republicans approve of the president's handling, and worry the U.S. will not act fast enough.

A majority of Americans continue to see North Korea's weapons program as a threat, but one that can be contained for now.  Still, the percentage that think the North Korea situation requires immediate military action has gone up slightly from last month, from 29 percent in August to 33 percent today, its highest measure.

This shift is largely among independents, whose percent seeing it as a threat requiring action has risen seven points – from 24 percent last month to 31 percent today. Like last month, Republicans are split on this.  Few Democrats see it as requiring military action now.

Overall, most Americans disapprove of the way President Trump is handling the situation with North Korea.  Here again, large partisan divisions are evident, with 79 percent of Republicans approving and 83 percent of Democrats disapproving.

More broadly, a majority of Americans now think Mr. Trump is making the U.S. image in the world weaker rather than stronger.  Fifty-two percent think so, up from 46 percent in April.

President Trump's approval rating on the response to recent hurricanes is positive, but it's the only positive measure of those tested. His rating for handling health care is the lowest this poll tested -- at just 29 percent. Immigration meets just 35 percent approval. His overall approval rating, also now at 35 percent, is one point lower than August, and the lowest it has reached in this poll so far. Mr. Trump's overall job rating has been similarly negative since June. Those who disapprove of the president overall are overwhelmingly likely to also disapprove of his handling health care, while they are relatively more approving of his handling the economy and hurricanes.

Evaluations of the president continue to be highly driven by partisanship. Mr. Trump gets high marks from Republicans, while a large majority of Democrats disapprove.

Amid public optimism about the nation's economy, his ratings are mixed on that issue.

Overall ratings of the U.S. economy continue to be very positive, with two-thirds saying it is good, but two-thirds also believe the country is not going in the right direction.

Trump and the parties in Congress

Republicans nationwide increasingly feel their party in Congress could be doing more to help President Trump.  Seven in 10 say congressional Republicans are not doing enough to help him, up 12 points from June.

Across the aisle, most Democrats would like to see congressional Democrats work more with Donald Trump on issues they both agree on, rather than oppose the president in order to weaken him politically.

A majority of Americans say possible Russia interference into the election is at least a serious matter for the country, but partisan division remains. Most Republicans continue to view the investigation as a political distraction, while most Democrats see it as a critical issue of national security.

The data have been weighted to reflect U.S. Census figures on demographic variables. The sample included additional interviews conducted with African Americans, who had previously completed a survey as part of a random sample. The combined African American and non-African American samples were weighted separately to match their group's population characteristics such as gender, age, education, region, marital status and phone use based on recent U.S. Census estimates.

The samples were then combined and weighted to the total U.S. adult population.