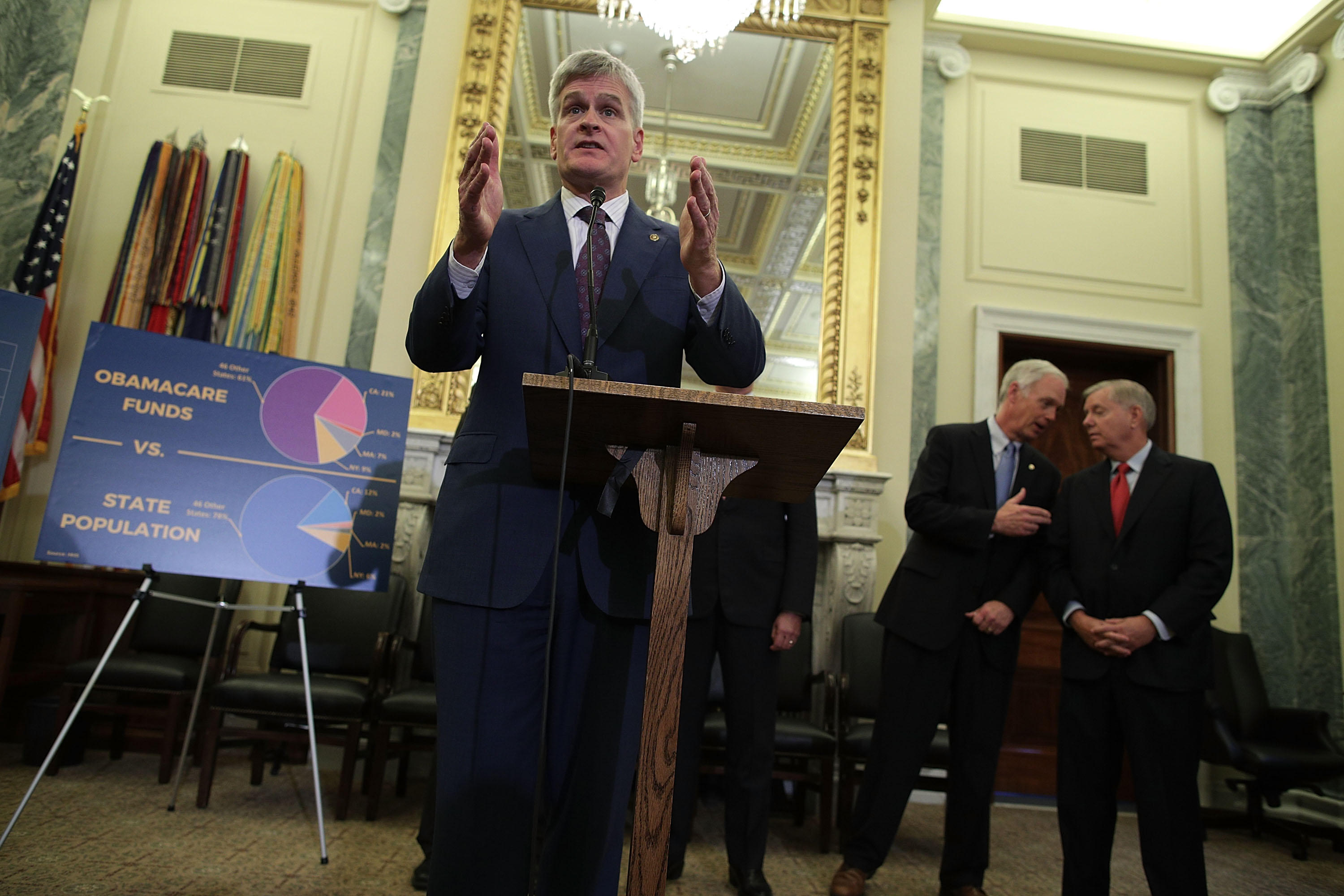 President Trump on Wednesday night tweeted that he wouldn't sign a health care bill from Sens. Lindsey Graham and Bill Cassidy "if it did not include coverage of pre-existing conditions," but, "It does!"

But the Graham-Cassidy bill, a last-ditch effort to repeal and replace Obamacare that the Senate will likely vote on next week, is murky when it comes to pre-existing conditions, and the Congressional Budget Office has said it doesn't have time to complete a full analysis of the legislation's coverage before the deadline to pass health care reform before a Sept. 30 budget-related deadline.

Cassidy claims that under the bill, states must make sure people with pre-existing conditions have access to "adequate and affordable insurance."

Comedian Jimmy Kimmel ripped into the bill Tuesday night, saying Cassidy "lied" to his face when the senator appeared on his show earlier this year and said he was committed to what he dubbed the "Jimmy Kimmel test." The "Jimmy Kimmel test" asserts that no suffering child's family should be discriminated against in life-threatening situations just because they may not be able to afford the hospital bills.

Mr. Trump, on Fox News earlier Wednesday, said that when he became president, he expected a health care bill to be on his desk, ready to sign. He quickly realized that wasn't the case, and Republicans were far more divided on the issue than he had anticipated.