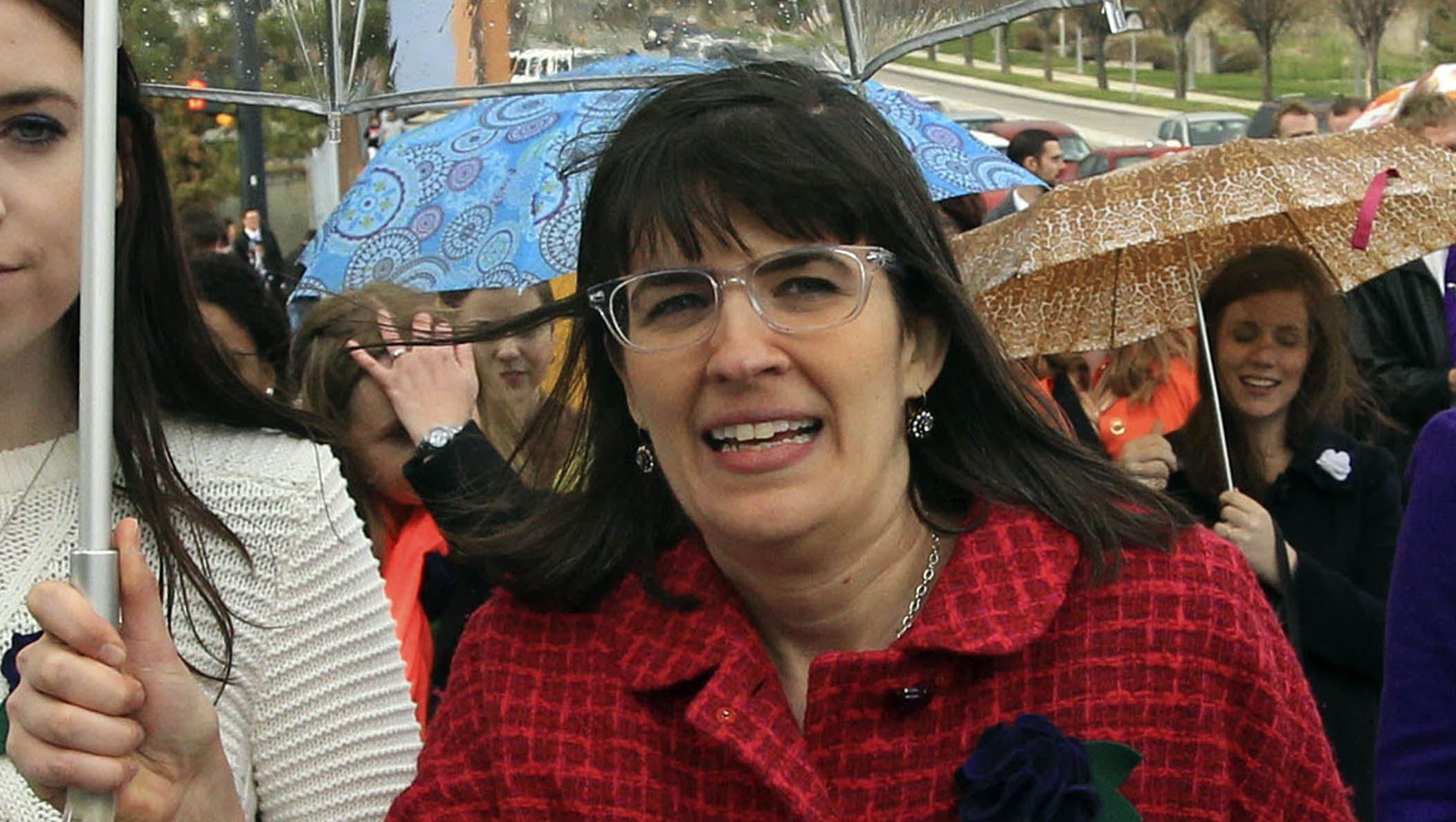 SALT LAKE CITY - Two months after Mormon Kate Kelly led hundreds in a demonstration to shed light on gender inequality in the religion - defying church orders to stay off Temple Square - the founder of a prominent Mormon women's group is facing excommunication.

Kelly said she was shocked, dismayed and devastated to receive a letter Sunday from the bishop of her congregation in Virginia informing her that a disciplinary hearing had been set for June 22 to discuss the possibility of her ouster. The leader of Ordain Women is accused of apostasy, defined as repeated and public advocacy of positions that oppose church teachings.

John P. Dehlin, the creator of a website that provides a forum for church members questioning their faith, is facing the same fate. He received his letter from a local church leader in Logan, Utah, on Monday, giving him until June 18 to resign from the faith or face an excommunication hearing. The letter says church leaders are deeply concerned about Dehlin's recent comments about no longer believing fundamental teachings of the faith.

The cases against the two lifelong members of The Church of Jesus Christ of Latter-day Saints mark the most high-profile examples of excommunication proceedings since 1993, said Armand Mauss, a retired professor of sociology and religious studies at Washington State University. That year, church disciplined six Mormon writers who questioned church doctrine, ousting five and kicking out a sixth only temporarily.

Church leaders seem to be drawing a line between private or informal expressions of discontent with church teachings and public protests aimed at pressuring the church, Mauss said.

"The LDS Church is not a democratic institution, and has never claimed to be," Mauss said in an email, "So such actions are interpreted by church leaders as attempts to displace or undermine their legitimate authority over church policies and teachings."

Church officials said in a statement Wednesday that there is room for questions and sincere conversations about the faith, but that some members' actions "contradict church doctrine and lead others astray."

In certain cases, local leaders step in to clarify false teachings and ensure other members aren't misled, the church's statement said. Disciplinary hearings only come after members are counseled and encouraged to change behavior.

"Some members in effect choose to take themselves out of the church by actively teaching and publicly attempting to change doctrine to comply with their personal beliefs," the statement reads. "This saddens leaders and fellow members."

Even if Kelly and Dehlin are kicked out of the church, the door will remain open for them to repent and return someday. Excommunication is not a lifelong ban.

Kelly and Dehlin both hope to be allowed to continue to be members of a church that they love and that has been a part of their lives since birth. Both served Mormon missions and were married in temples.

Kelly, an international human rights lawyer, said she doesn't know what definition of apostasy the church is using, saying she stands behind everything she has done since forming Ordain Women in 2013. She said she has not spoken out against church leaders or church doctrine. She has simply pointed out publicly that men and women are not equal in the faith, Kelly said.

The bishop's letter doesn't include precise examples of why they accuse her of apostasy.

Her group drew the ire of church leaders in April when they marched on to Temple Square in downtown Salt Lake City and asked to be allowed in a meeting reserved for members of the priesthood, which includes most males in the church who are 12 and older. They had been told previously they wouldn't be let in and warned by church leaders to stay off church property to preserve the sanctity of general conference weekend.