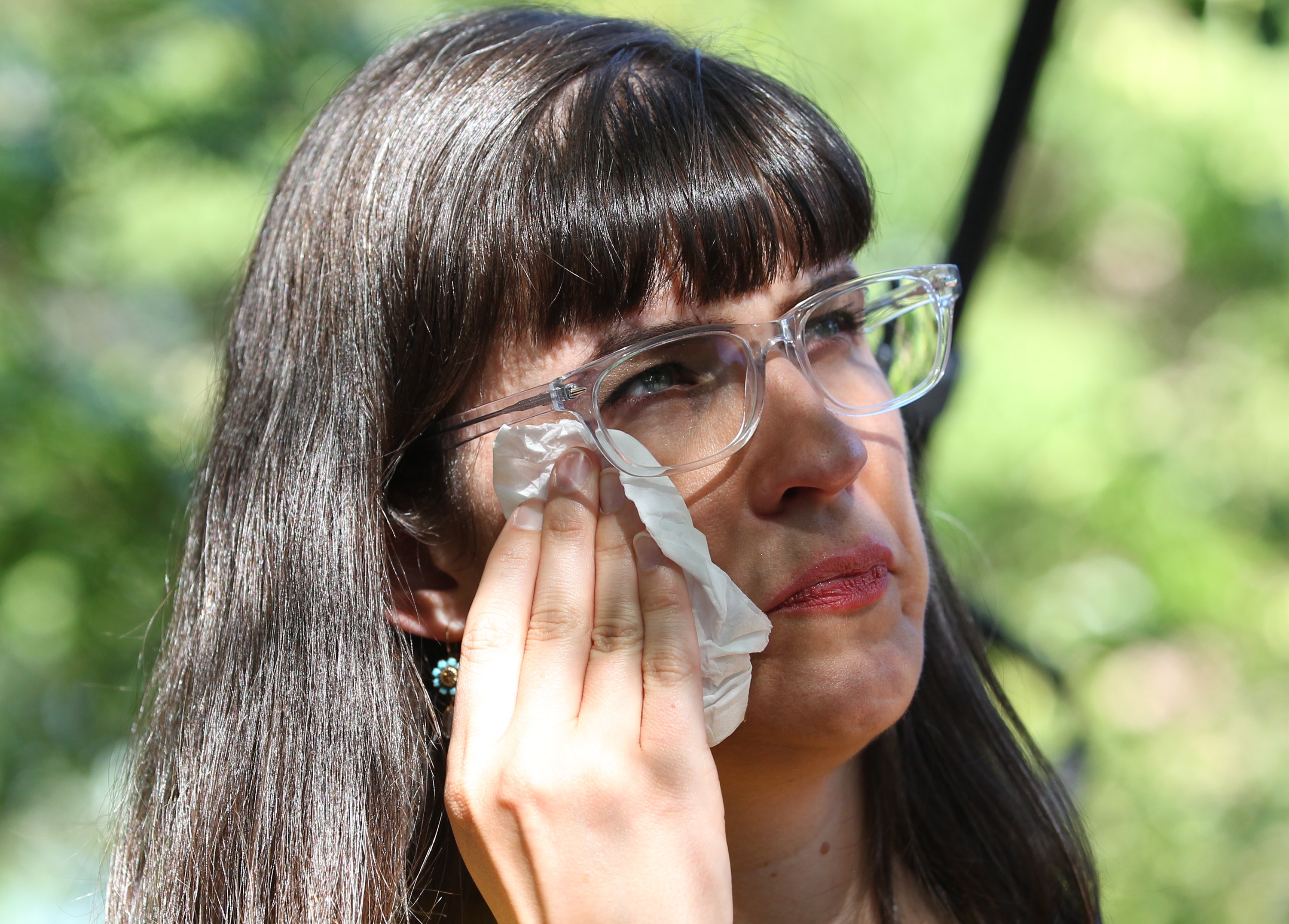 Kate Kelly's former church leaders in Virginia notified her of the decision after weighing the high-profile decision overnight.

She did not attend the disciplinary hearing Sunday by The Church of Jesus Christ of Latter-day Saints, instead holding a vigil in Salt Lake City with about 200 supporters.

"It's wonderful to feel so supported, but at the same time it's hard for me, because I feel a huge burden," Kelly said before the decision was announced, according to CBS affiliate KUTV. "This is hurting not only me, but it's hurting a much wider community. It's hurting people with questions, and it's hurting people with concerns, who really want to invest in the church and show their love by investing this way."

As the leader of Ordain Women, Kelly is accused of apostasy, which is repeated and public advocacy of positions that oppose church teachings.

Kelly is one of two well-known Mormons facing excommunication. John Dehlin, an outspoken advocate for gays and the creator of a website that provides a forum for church members questioning their faith, has a meeting with his stake president in Logan on June 29 to discuss his case.

Scholars who study the Mormon religion say Kelly and Dehlin are the most high-profile examples of excommunication proceedings since 1993. That year, the church disciplined six Mormon writers who questioned church doctrine, ousting five and kicking out a sixth temporarily.

Jan Shipps, a retired religion professor from Indiana who is a non-Mormon expert on the church, said church leaders are practicing "boundary maintenance," using Kelly and Dehlin as examples to show people how far they can go in questioning church practices.

Kelly said before the decision that she will always be Mormon.

She was shocked to find out earlier this month from her bishop that she is facing excommunication from The Church of Jesus Christ of Latter-day Saints, of which she is a lifelong member. The leader of Ordain Women is accused of apostasy, defined as repeated and public advocacy of positions that oppose church teachings.

Similar vigils were held in 17 countries, according to Ordain Women.

Kelly, an international human rights lawyer, said she stands behind everything she has done since forming Ordain Women in 2013. The group advocates for gender equality in the faith, with the ultimate goal of allowing women in the lay clergy. Kelly insists that she has not spoken out against church leaders or church doctrine.

Women can hold many leadership positions in church, but aren't allowed to be bishops of congregations or presidents of stakes. Stakes are made up of up to a dozen congregations, known as wards. The church's highest leaders, called the Quorum of the Twelve Apostles, are also all men.

The church says only men serve in the lay clergy as prescribed in "the pattern set by the Savior when it comes to priesthood ordination."

Mormon officials aren't discussing Kelly's case specifically. They say they are open to questions and sincere conversations about the faith, but that some members' actions "contradict church doctrine and lead others astray."

"In the Church, we want everyone to feel welcome, safe and valued, and of course, there is room to ask questions," church spokeswoman Ally Isom said. "But how we ask is just as important as what we ask. We should not try to dictate to God what is right for his Church."

Kelly's group drew rebukes from church leaders in April when they marched on church property in downtown Salt Lake City's Temple Square. The women asked to be allowed in a meeting reserved for members of the priesthood, which includes most males in the church who are 12 and older. Church leaders had previously told the group they wouldn't be let in and warned them not to disturb the faith's biannual general conference that weekend.

Melissa Mayhew, 31, traveled about 40 miles from Orem to attend Sunday's vigil and to support Kelly's right to advocate.

"We are all of us people who see things that we would love to improve about the church that we love deeply and dearly," Mayhew said. "And we want to be able to actually have these conversations, even with people with whom we disagree."