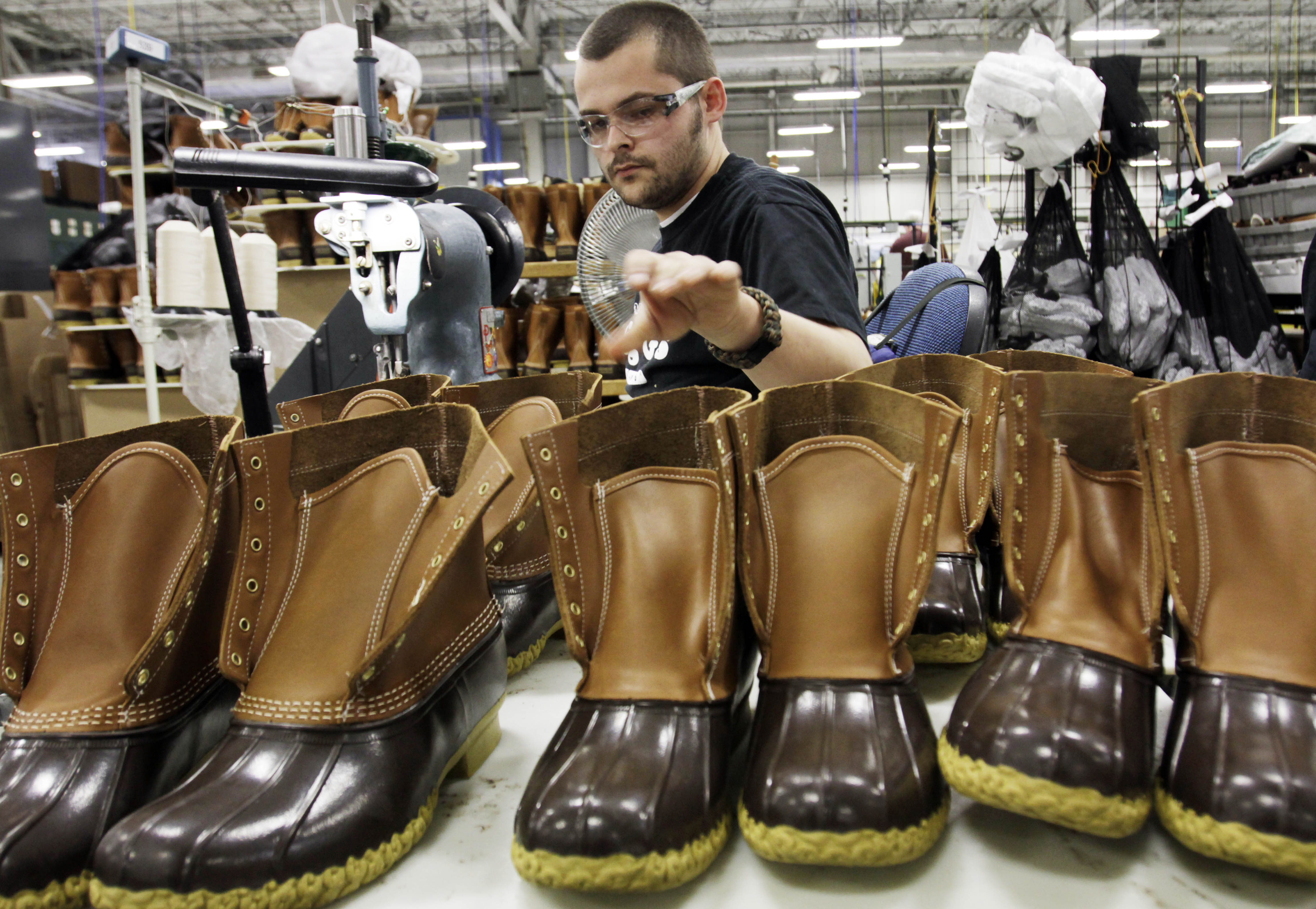 Winter weather means a busy time for fashion brands, always trying to stay ahead of the latest trend. But as one old-school retailer is discovering, sometimes the best way to keep current is to remain the same.

They are rubber bottomed, terminally un-sexy -- and virtually unchanged for over a hundred years --and yet, L.L. Bean cannot make its signature Duck Boot fast enough.

"We have hired well over 100 people and are in various stages of training," said Manufacturing-Chief Royce Haynes.

According to Haynes, back orders are reaching 60,000.

"We're doing everything we could do to build boots. We build them one pair at a time," he said.

The reason for the rush is a mystery.

Inexplicably, the boots have hit the catwalk. And have been spotted on the fashionable feet of actress Kerry Washington. Duck Boots have also inspired designer Tommy Hilfiger. And Kanye West recently launched his "Yeezy Duck Boot."

All that rubber boot buzz has not hurt Bean. Sales have tripled in three years and are projected to hit half a million this year.

And now women have surprised men as the primary customer.

"It's a trend. It's a fashion thing. It is a desire," said Haynes. "You are asking me to figure out why a woman does what she does. It's the wrong question to ask."

The Bean Boot, as it's sometimes called, was the very first product designed in 1912 by outdoors-man Leon Leonwood Bean

"He came back from the hunting trip with wet soggy feet, wearing footwear that was most likely all leather," explained Royce.

Bean came up with a shoe with a rubber bottom that is still sold today. Tricked out a bit for new customers, but traditional tan and brown for the die hard fans.

"I have heard it said the boot is like an old friend," said Haynes. "Those who have bought boots, that are 30-to-40 years old, say that they want them rebuilt because they don't want to get rid of them."

With three shifts and more workers, Bean is hand-producing 50,000 pairs a month. And Bean is bracing for the holiday rush.