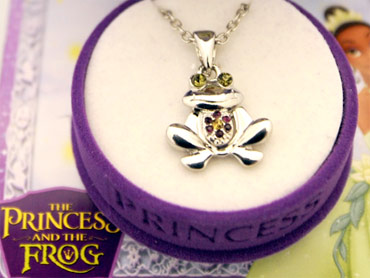 Reaction to photographs of the apparent abuse of Iraqi detainees in U.S. custody reverberated from Capitol Hill to the United Nations on Tuesday, as at least four military investigations continued.

More Iraqis on Tuesday came forward to allege abuse at the hands of American interrogators, and a military official said U.S. authorities have ordered a halt to using hoods to blindfold Iraqi prisoners.

In Washington, Pentagon officials briefed the Senate Armed Services committee behind closed doors. At the United Nations, the top human rights agency said it had opened an investigation into civil rights in Iraq.

"Such incidents should be investigated and those responsible brought to justice swiftly," the U.N. high commissioner for refugees, Bertrand Ramcharan, said.

Six soldiers have been reprimanded and six others face criminal charges over the abuse depicted in the photographs, first .

However, some of the concerns raised by the photographs are not new. The detention of several thousand Iraqis has long been a target of complaints by human rights campaigners. And the Pentagon says it conducted a "top-level" review" of its Iraq prisons last fall.

But Di Rita did not say what prompted the top-level review last fall. He said its conclusions were taken into account by Maj. Gen. Antonio Taguba, who began an investigation on Jan. 31 focused on an unidentified soldier's report of prisoner mistreatment at Abu Ghraib prison.

Di Rita did not disclose the earlier review's findings, and he said he could not disclose what Taguba found because his report is classified secret and is under review by senior officials.

Besides the criminal case and the civil probe that resulted in the soldiers' reprimands, three other investigations have also been launched. One deals with the role of military intelligence officials in prisoner operations, another with the training of Army Reserve military police and intelligence officers, and a third with overall detention policies in Iraq and Afghanistan.

Taguba's investigation led to findings of blatant and sadistic abuse by U.S. military police and perhaps others. Reports have said the Taguba probe found that military police were instructed by military intelligence officers to soften up the Iraqi prisoners to make them more compliant during interrogations.

The Taguba report lists abuses that go far beyond the photos, including prison workers beating a detainee with a broom handle and a chair, sodomizing one with a chemical light and perhaps a broomstick, having sex with a female prisoner, and using dogs to intimidate — and, in one case, attack — prisoners.

The military has described these as the acts of a few, but there is evidence the abuses go beyond the MPs to include military intelligence officers who were in charge of interrogating the prisoners, reports CBS News National Security Correspondent David Martin. One prisoner died at Abu Ghraib during interrogation by the CIA, and the agency's inspector general is now investigating the circumstances.

Sen. Chuck Hagel, R-Neb. said the concern goes beyond the actions of a few soldiers.

"There is a bigger issue here," Hagel said Tuesday on NBC. "Was there an environment, a culture that not only condoned this, but encouraged this kind of behavior? We need to look well beyond just the soldier. Who was in charge? Was there a breakdown in command here?"

In Baghdad, an Iraqi camera operator for Al-Jazeera television, Suhaib al-Baz, said he was mistreated during 74 days in U.S. custody after he was arrested last November for allegedly having prior information about an insurgent attack.

"'You journalists might be respected by others but not me,'" al-Baz quoted an American interrogator as telling him. "He pushed me on a flat seat, kept the bag over my face while my hands were bound. He stepped on my knees with his boots."

He said the interrogator told him to forget about his employer because "you will be sent to Guantanamo," referring to the U.S. detention center in Cuba.

The six soldiers facing criminal charges are from a unit based in Cumberland, Md. There, families of some of those charged say their loved ones were following orders and have been treated unfairly.

Daniel Sivits, of Hyndman, Pa., said his son, Spc. Jeremy C. Sivits, 24, who faces a possible court-martial, wasn't prepared for prison-guard duty. "Jeremy is not a trained MP. He is a trained wheeled-vehicle mechanic," he said.

"They are trying to make it look like this was typical of our operations," Karpinksi said. "I think there's a shared responsibility that's not being mentioned."

Long before he was charged with any crime, Sgt. Chip Frederick, one of the guards now facing court martial, sent e-mails home saying, "military intelligence has … told us great job … We help getting them - the prisoners — to talk with the way we handle them."

Two army reservists discharged last year over allegations they mistreated Iraqi prisoners said many of the soldiers serving at POW camps get insufficient training in how to interact with detainees.

Lisa Girman and Timothy Canjar, both formerly with the Pennsylvania-based 320th Military Police Battalion, said reservists guarding enemy prisoners are thrust into duty with little or no instruction in the use of force in controlling prisoners.

"You could absolutely see the dangers in the direction that the chain of command was taking this operation," Girman, a former master sergeant, said in a telephone interview Monday. "It was going to end messy, one way or another."