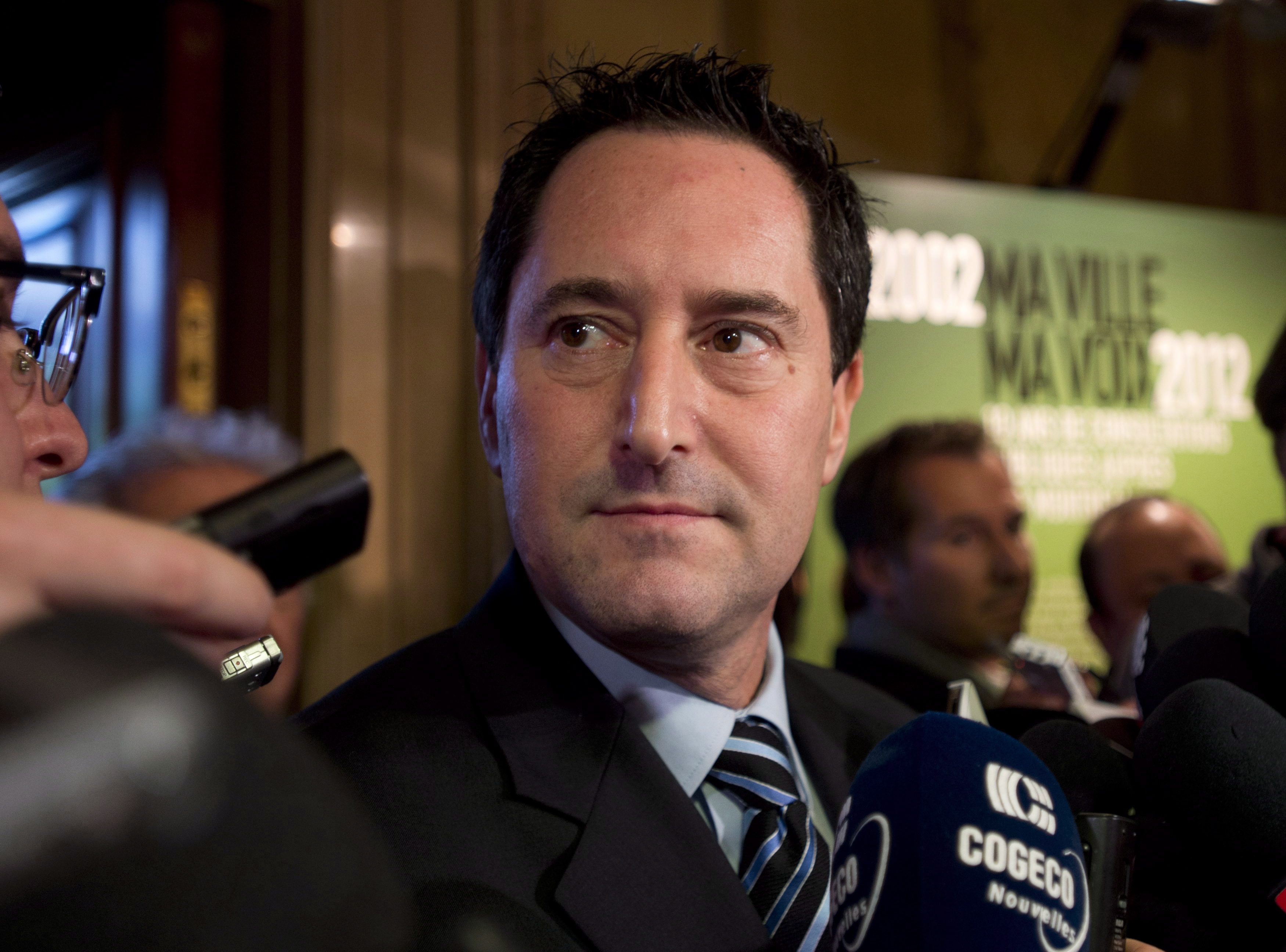 Michael Applebaum denied the charges and said he needs to focus on fighting them.

The first Anglophone mayor of Canada's second-largest city in a century once vowed to clean up its corruption scandals. He took over as interim mayor in November, after former mayor Gerald Tremblay resigned amid corruption allegations.

Applebaum now faces 14 charges, including defrauding the government and corruption in municipal affairs.

A high-profile public inquiry in Quebec province has uncovered links between the construction industry and organized crime.

Officials have offered few details on the charges against Applebaum but said they relate to real estate projects between 2006 and 2011, when he served as borough mayor.

"I want to be clear. I've never taken a penny from anybody," Applebaum told a brief news conference, where he didn't take questions. "The charges against me are unfounded. Being mayor is not something one can do when you are trying to defend yourself against such charges, and I'm sure you'll understand that I want to focus all my energies on my defense and my family."

Applebaum said he understands Montrealers' frustration and cynicism with the political climate of the last few years.

"It is my deep conviction that I always acted in the best interest of all Montrealers," he said. Applebaum earlier had promised not to run in the upcoming election, set for November.

Signs of trouble arrived soon after he took office. Anti-corruption officials raided City Hall in February. They also targeted offices in various boroughs, including the one Applebaum represented for many years.

After Applebaum's arrest on Monday, local politicians and Quebec's provincial government called on him to step down. Responding to a reporter's question Monday, Quebec Premier Pauline Marois said, "I don't think he really has a choice."

In the neighboring province of Ontario, Toronto Mayor Rob Ford is embroiled is his own scandal, amid allegations that the leader of Canada's largest city appeared in a video smoking crack cocaine. The video has not been released publicly.