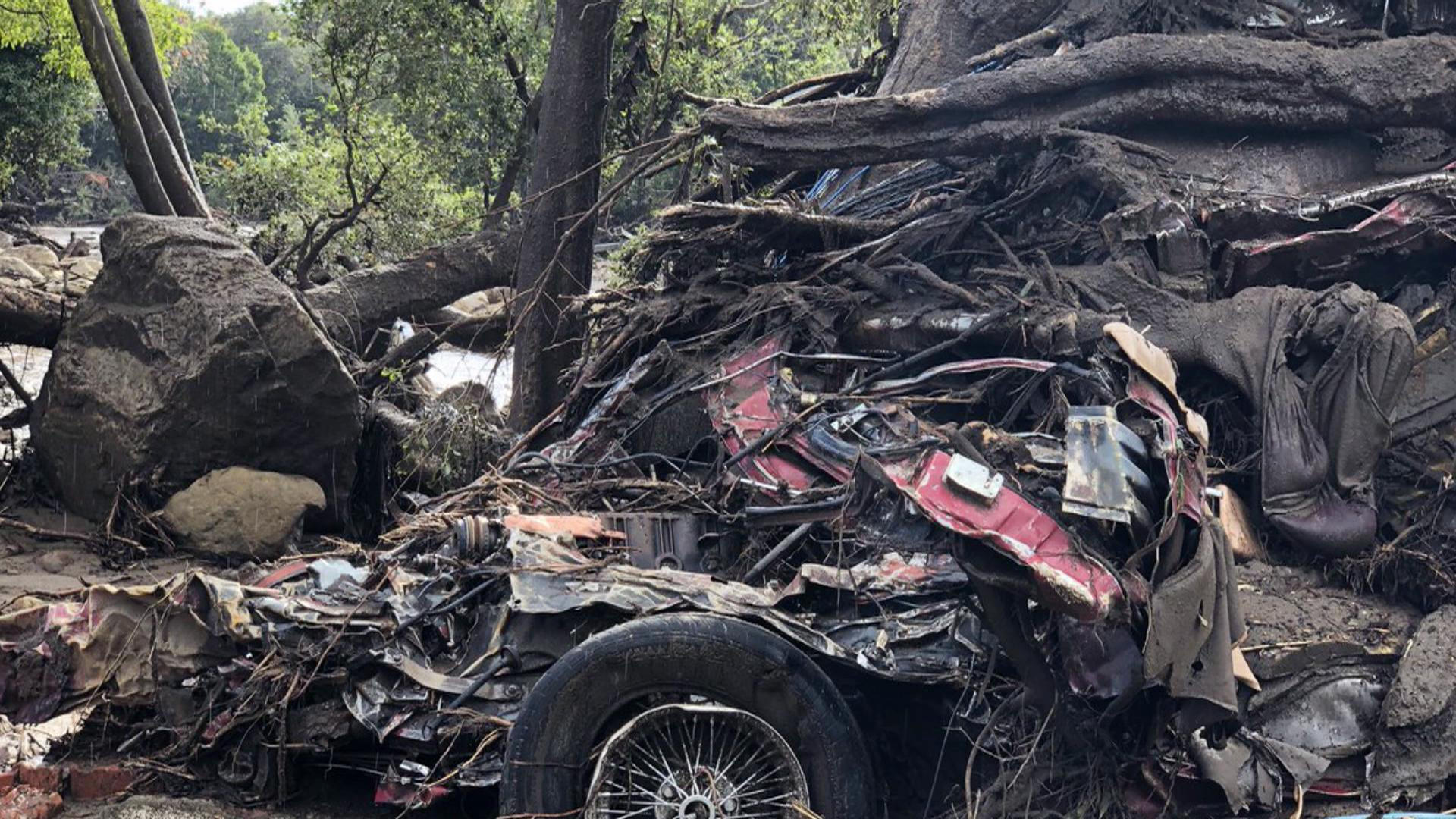 MONTECITO, Calif. -- First Berkeley Johnson heard the roar, then he saw the rush of mud.

"Coming up from the river was just trees dropping, and then I saw it, probably 20 feet high of just rock and cars and trunks of trees, and I just ran for it," Johnson told "CBS Evening News" anchor Jeff Glor. So he got up on a roof, but said he thought he could die.

The wall of dirt and debris left his home and the neighborhood devastated, with power lines down and trees piled up. But in the darkness, he heard a buried cry of life.

"I don't know how we heard it because it was so loud," Johnson said. "Went into this pile and down in the muck in the middle of nowhere, there was a little baby. This little child just in the mud, up to its... tangled in the roots and metal and the rock and if we weren't standing within two feet of that thing we wouldn't have ever heard it."

The firefighters got in there and grabbed her, as she was covered in mud.

"The girl's OK. Unbelievable. If you've seen ... there's just no way we should have found that child," Johnson said.

At the Johnsons' Wednesday, where everything seemed lost, a little luck was found: The family discovered the bunny they had lost a day earlier. And it was all caught on camera.