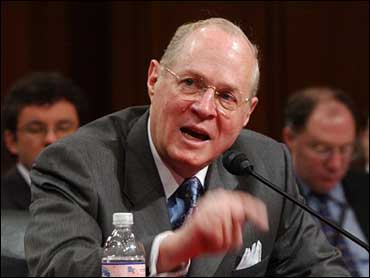 In "Monster," Theron plays a real-life serial killer, far from the image most moviegoers have of the glamorous actress.

The Early Show co-anchor Harry Smith was backstage at the Golden Globes and talked with Theron about her startling success in that role.

For her role, Theron went through a dramatic physical transformation - gaining weight and wearing special make-up- as well as an emotional one.

She said, "That was very important to me, and I realized pretty early on that the physical transformation had so much to do with the emotional transformation. In that everything about her physically was what she had gone through emotionally, and the two married very early on."

Get Your PPOs, HMOs & POS's Straight

But to transform internally, she embarked on a very interesting journey.

Theron said, "These people are everywhere. Aileen's not a solitary case. And I think that there are so many people out there, living these desperate lives who are constantly just trying to survive. And in trying to survive make terrible decisions. I'm pretty aware that that's going on all the time. I come from a country where most of the people are living desperate lives, in South Africa. I could never understand what it feels like to sleep under an underpass. Or to not know where your next meal is going to come from or if you're going to wake up the next morning alive. I mean, living a homeless life is one of the most frightening things I can imagine."

Or how far you would go to put five dollars in your pocket.

Theron continued, "To get into a car with a stranger and drive out of state. I mean, all of those things are very hard to imagine. But there are so many people who have to do that to survive. And I had to get as close to understanding and having empathy for that in order to play this part. And I knew that right from the start."

Theron told Smith she was trying not to think about this morning's Oscar nominations. She just wanted to let her Golden Globe win "sink in" first.