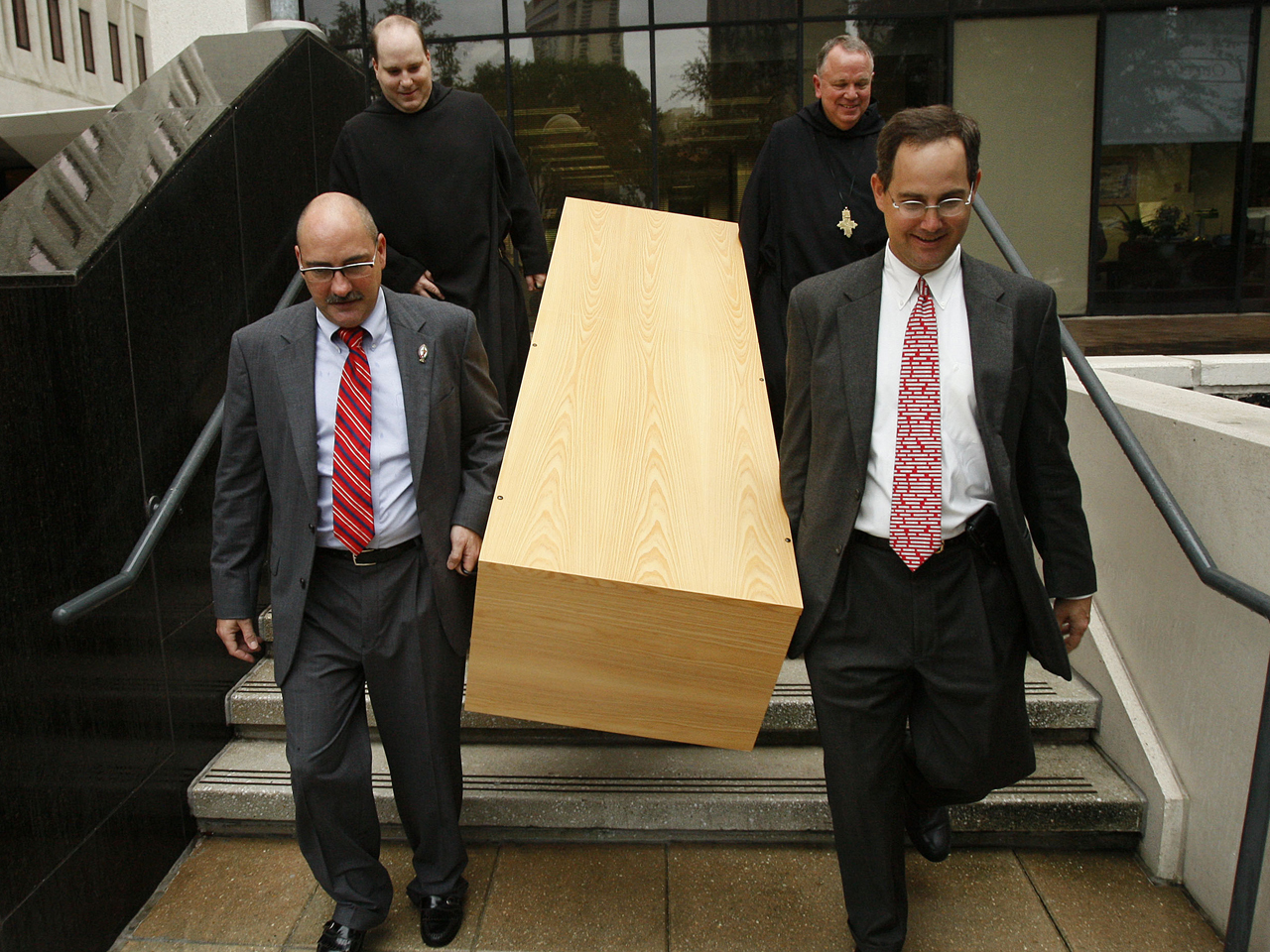 NEW ORLEANS - An order of Benedictine monks takes on the funeral industry Monday in a federal court dispute over whether the monks can sell simple caskets — or whether the state can block them from doing so until they pass a myriad of licensing requirements.

The 36 monks of St. Joseph Abbey in St. Tammany Parish, north of New Orleans, filed suit in August 2010, saying the Louisiana Board of Embalmers and Funeral Directors wants to maintain a "casket cartel" through regulation dominated by the funeral business.

Concluding their traditional timber business could not continue to support the abbey — which receives no funding from the Roman Catholic Church — the monks said they built and sold about 50 to 60 coffins with simple white cloth interiors for $1,500 to $2,000 before regulators told them they were violating the law.

The suit was filed after the Legislature refused to give the abbey exemptions in 2008 and 2010.

The funeral board says the monks must have someone with a funeral director's license to sell caskets, and, to comply with the law, would have to have a funeral home license since the monks want to offer storage of pre-sold caskets.

The monks contend the regulations unconstitutionally give government protection from competition to a particular industry. The board said it is merely enforcing state law. The board consists of four embalmers, four funeral directors and a citizen.

Jeff Rowes, lawyer with the Arlington, Va.-based Institute for Justice that is representing the monks, said there is little doubt the case will wind up before the U.S. Supreme Court. The 6th U.S. Circuit Court of Appeals has struck down similar restrictions in Tennessee, but Oklahoma funeral regulations were upheld by the 10th Circuit Court of Appeals.

On April 8, U.S. District Judge Stanwood Duval of New Orleans rejected a funeral board request to dismiss the suit and the monks' request for an immediate preliminary injunction. He will hear the case without a jury.

In its argument for dismissal, the board said there are ample legal precedents by the U.S. Supreme Court that businesses are not entitled to be free of regulations and that state regulation of the funeral industry is a proper exercise of power. The board also said the monks failed to state a clear reason why their constitutional rights were being violated — giving the court nothing to decide.

"The Constitution is designed to protect life, liberty and property; not confer on government the arbitrary power to take those things away without any valid public justification," the monks countered in court documents.

Louisiana law applies only to caskets sold by retailers physically located in the state.