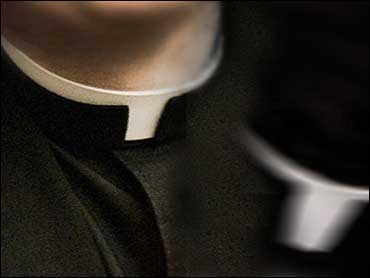 The monks of St. Joseph Abbey in St. Tammany Parish sued state regulators in Louisiana Thursday for the right to sell simple wooden caskets. They want to sell the cypress coffins to help make ends meet, but claim the Louisiana Board of Embalmers and Funeral Directors is attempting to maintain a casket cartel for the funeral industry.

The regulators told the monks not to sell the caskets because they are not licensed funeral directors.

About 50 to 60 of the caskets were sold, beginning in 2007, before the board, acting on a complaint filed by a funeral home, subpoenaed the order in March and threatened fines, said lawyer Jeff Rowes of the Arlington, Va.-based Institute for Justice. The monks tried to get an exemption from the regulations in 2008 and 2010, but legislators rejected the requests.

Rowes said there is no justification for a state "to regulate the sale of wooden boxes."

"The only reason they are enforcing it is to protect the profits of a powerful industry," Rowes said.

The monks' lawsuit points out that do-it-yourself casket plans are available on the Internet and independent casket retailers offer discounts. Wal-Mart began selling caskets on the Internet in 2009.

The funeral board consists of four embalmers, four funeral directors and a citizen member at least 60 years old. The monks have been told they need funeral director licenses, and their abbey has to be licensed as a funeral home since they offer free storage for purchased caskets.

Michael Rasch, a board attorney, said he had not seen the lawsuit and could not comment. But he said, "The board is simply enforcing the law that's passed by the Louisiana Legislature."

The 36 monks of the 121-year-old abbey decided a few years ago to sell caskets with simple white cloth interiors for $1,500 to $2,000 to support the abbey, which does not receive funding from the Roman Catholic Church.

Abbot Justin Brown said making and selling caskets is in keeping with a 1,500-year tradition of self-support. "For centuries, Benedictine monks have been entrepreneurs," he said.

Rowes said he expects the dispute eventually will go to the U.S. Supreme Court.