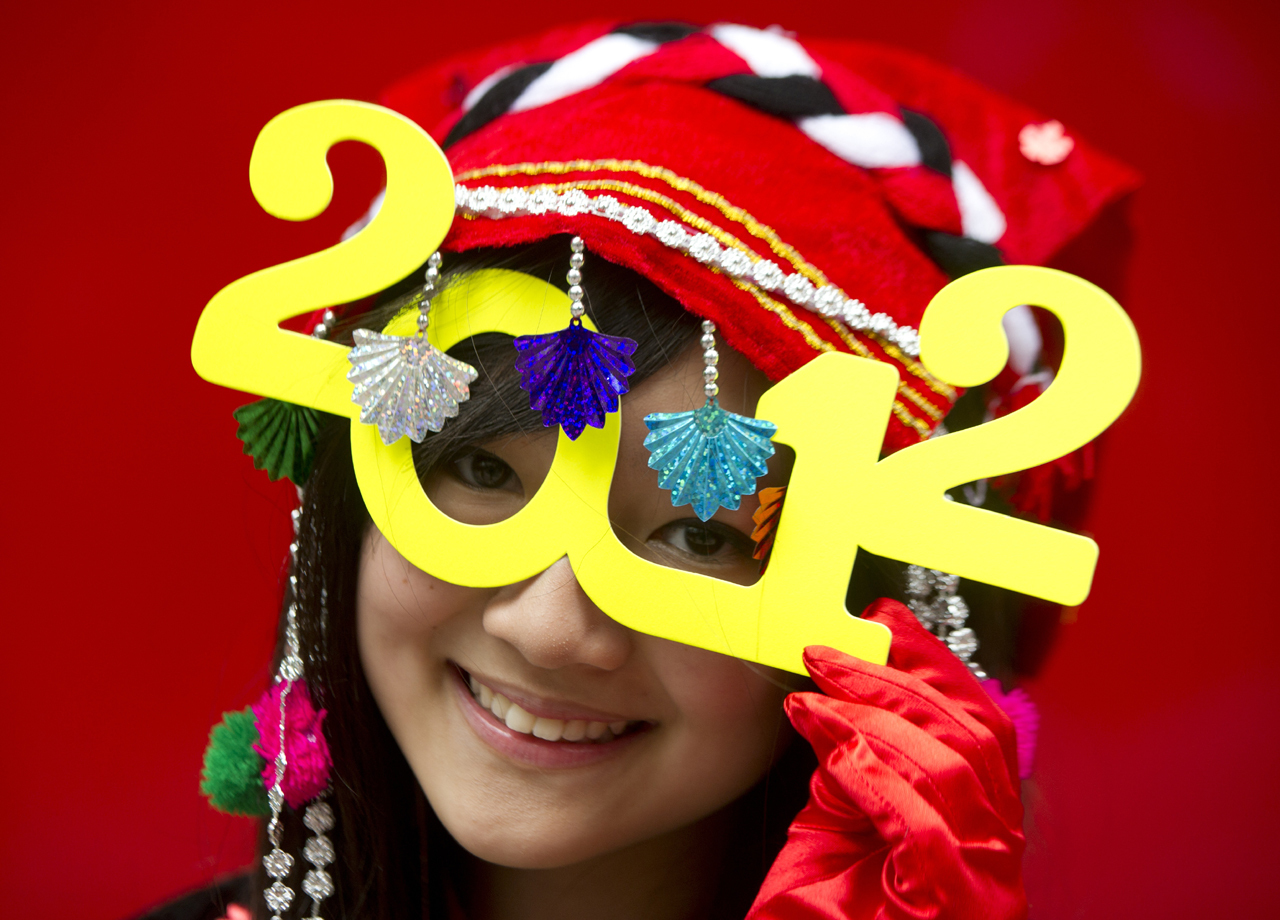 Here's a quick round-up of the year ahead with the delightful Charles Osgood:

2011 was a roller coaster year that ended more like a merry go-round. As we look ahead to 2012, the focus will be on the tepid but improving economy; slow, grinding progress on job creation; a housing market that continues to disappoint; and stock markets that confound. In other words, plus ca change, plus c'est la meme chose (the more things change, the more they stay the same).

Economic growth: After a rough first half of the year, when GDP grew at an annual pace of  less than 1 percent, there was improvement in the third quarter (+1.8 percent) and in the fourth quarter, which is expected to rise 3 percent, reflecting the holiday season and companies restocking their inventories. Unfortunately, most economists predict that 2012 growth might only come in at 2 percent to 2.5 percent -- lower than the long-term growth rate for the country.

Jobs: There were about 1.3 million jobs added in 2011 (1.7 million private sector jobs less 400,000 government jobs lost), the first increase since the start of the recession. 2012 should show continued progress for job creation, but if growth remains 2 percent to 2.5 percent, it's hard to see the impetus for employers to crank up payrolls. That means that the unemployment rate may drift lower -- between 8 and 8.5 percent, but historically, that's still awfully high. The Great Recession has devastated the American employment landscape, with nearly 6.5 million vaporized since 2007.

Housing: The problem child of the Great Recession will continue to create a headwind for the greater economy. The market has moved sideways to slightly higher from a very low level and is expected to make only incremental progress in 2012. With the foreclosure pipeline full and 10.7 million Americans (22 percent of those with mortgages) still under water on their loans, it's hard to see a meaningful change in the short term. Yes, prices have slid 33 percent from the peak, but given that house prices DOUBLED between the seven years from 2000-2006, many economists believe that it could take that same amount of time for us to have a full recovery - in other words, it might be 2013 or 2014 before we return to a more normal housing market.

Europe: Perhaps you were hoping that the continent might drift off into the 2011 almanac. Sorry, but the European debt crisis will be with us in 2012 because there's about 1 trillion euros in European sovereign debt maturing in 2012, of which 458 billion euros will come due in the first quarter alone. Here are some of the highlights of that refinancing by country:

Before everyone gets too wrapped around the axle about European debt, let's not forget that the ECB (the central bank that has proclaimed at various times that it would NOT print Euros) has essentially fired up the printing press via the Long Term Repo Operation (LTRO). Through the plan, European banks can access three-year loans at a bargain basement interest rate of 1 percent. That sounds a lot like lender of last resort, which would make even Bernanke smile.

The loans should help the beleaguered banks replenish their coffers, but the banks may also use the money as distressed sovereign debt. Before you ask yourself, "Isn't that what got them into this mess in the first place?" the answer is yes, but now they have the explicit backing of a central bank to help them execute the carry trade. Feel better? Me neither.

Markets: Investors should review the volatility of 2011 to prep themselves for 2012. Whichever direction markets move, one thing is for sure: The swings are likely to persist. A well-balanced, diversified portfolio is always advisable, but never as much as when we see high-highs and low-lows.

Markets 2011 Snapshot: The first half of the year was dominated by exogenous events like the Japanese earthquake and tsunami and the Arab Spring. Despite those events, the S&P 500 reached a 2011 closing high of 1363.61 on April 29th, a level it maintained until July.

The second half of 2011 was the half-year of living dangerously, as Congress flirted with the debt ceiling, (prompting S&P to downgraded the U.S. credit rating to double-A-plus from triple-A) and European leaders dithered amid a smoldering debt crisis. As a result, volatility was the word of the year (austerity was a close second). In August, US markets saw four consecutive days of alternating 4 percent moves; between August and November, the Dow swung an average of 269 points in a day; and for the year, the S&P 500 moved up or down by more than 2 percent on 35 different days.

Still, if someone told you back in August - when US stocks were down over 12 percent that U.S. indexes would close flat on the year you would have been relieved. Flat truly was the new black in 2011.

THE WEEK AHEAD: Hope you didn't drink too much champagne on New Year's Eve because it will be a busy week on the economic calendar. Manufacturing and factory orders are the warm-up reports, while the main event will be the December employment report, which is expected to show the U.S. economy added 150,000 new jobs and the unemployment rate inched up to 8.7 percent.