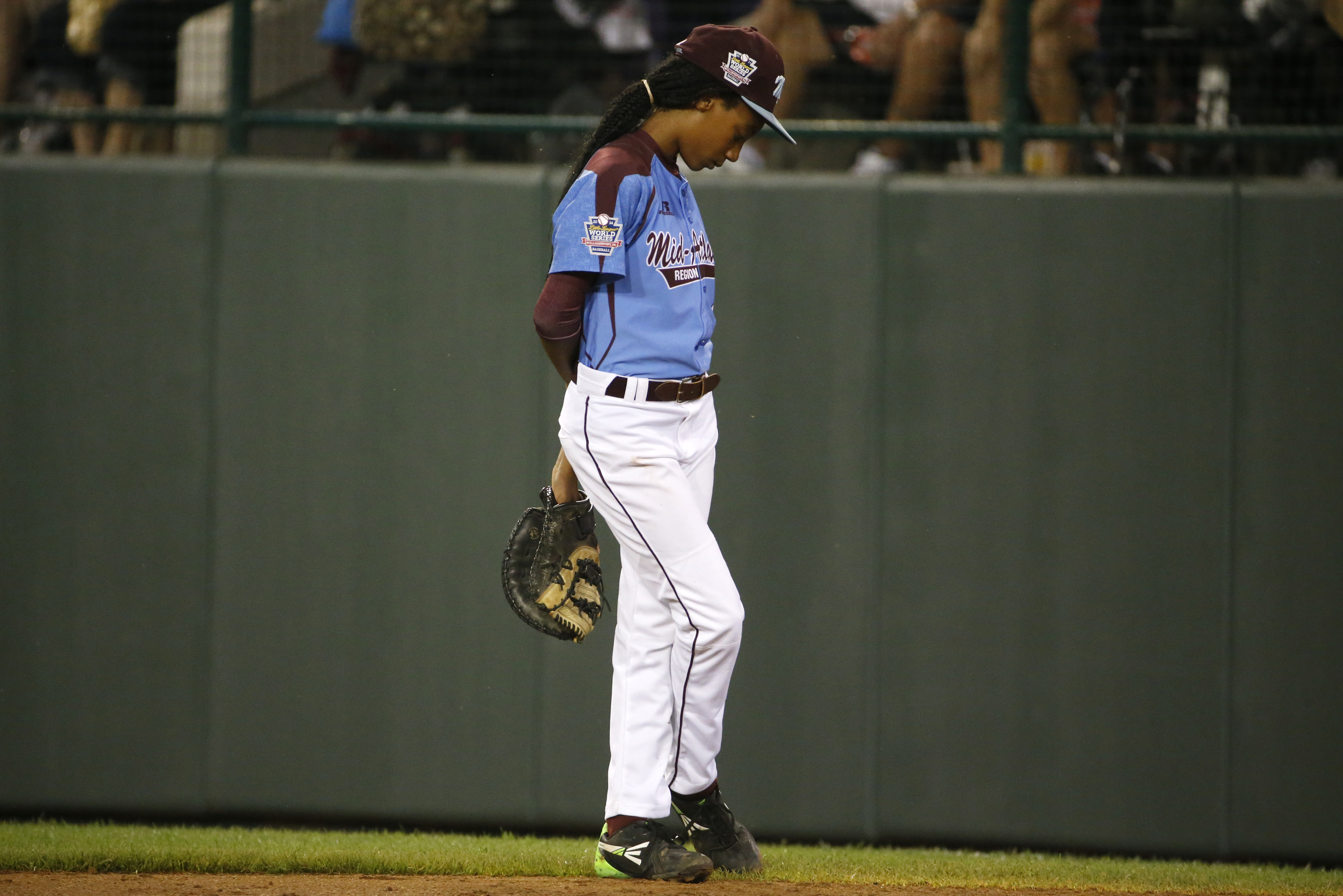 The girl everyone is watching had a tough night at the Little League World Series.

Despite the newly-minted superstar's best effort, the opposing kids from Nevada took an early three-run lead, and never looked back.

The soon-to-be 8th grader topped 70 miles per hour on the radar gun, mowing down six batters from Las Vegas. But it wasn't enough.

"There's no question, you know, she didn't have her A-game today," said coach Alex Rice.

The 13-year-old phenomenon, who was virtually unknown only a month ago, has experienced a meteoric rise to fame. During this year's tournament, Mo'ne cemented her place in history books as the first girl to pitch a shutout in a Little League World Series game, and the first little leaguer to grace the cover of Sports Illustrated.

The kids from Philly now turn their focus to the Jackie Robinson West All Stars. This team, from the south side of Chicago, have scripted an inspiring story of their own. They skirted elimination earlier in the tournament and have defied the odds to reach the knockout semi-final.

Mo'ne isn't eligible to pitch in Taney's game today against the Jackie Robinson West All Stars because of pitch count restrictions, but if they can make it past Chicago, she will be eligible to pitch Saturday in the U.S. championship game.

How data analytics is becoming a "moneyball" for restaurants