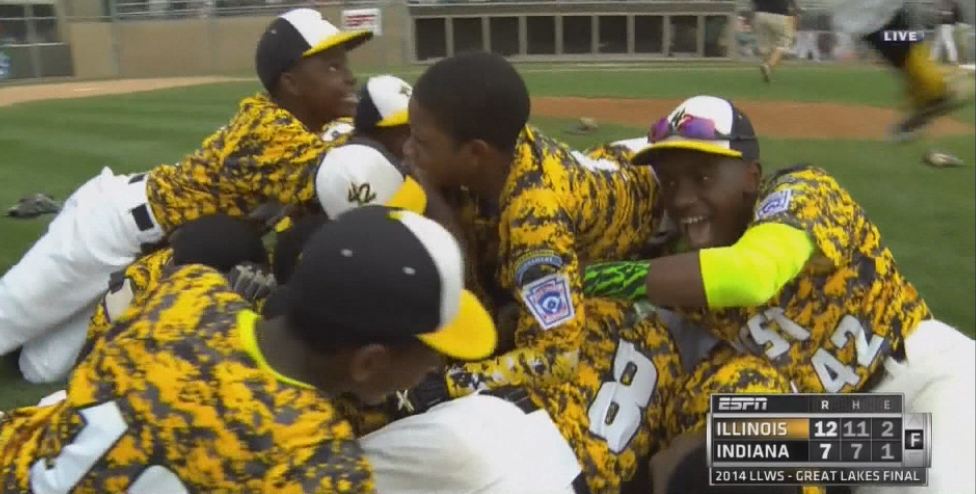 The Jackie Robinson West All Stars were just one game shy of making it to the Little League World Series last year.

But they made it there this year and are determined to go all the way, showing the world both what they're made of, and where they come from, Elaine Quijano reports.

Williamsport, Pennsylvania, is more than 600 miles from their home on Chicago's South Side. But for Jackie Robinson West, a team that dates back to 1971, the road to get there has sometimes felt even longer.

"I had a cousin, Andre. He got shot when he was coming off the bus," said 12-year-old Marquis Jackson, who plays second base. "South Side Chicago is not all shooting. It's African-American kids coming to do the right thing too."

Team manager Darold Butler agrees that this World Series can help change the image associated with South Side Chicago.

"We all hear the negative part of South Side of Chicago and what goes on with our youth," Butler said. "But this group will make everyone understand. They're great kids. They're great students."

No all-African-American team has ever won the Little League World Series.

Last weekend, the team advanced after an astonishing, come-from-behind win thanks to a grand slam.

Tammy, Eddie and daughter Niece King rearranged their lives to attend their son's games on the road for nearly two weeks.

"Saturday, when they won the championships, I cried," Tammy King said. "And as I looked around the stands everyone else was emotional. And something positive coming from Chicago - great."

Tammy said baseball fields have given these boys refuge, a chance for them to be kids.

Like their team's namesake, Jackie Robinson, who first broke baseball's color barrier 67 years ago, these boys also dream of the majors. They believe the passion they share for baseball will help them win it all.

"I think it's because of our relationship together and how we love the game," Butler said. 'They are like my brothers."