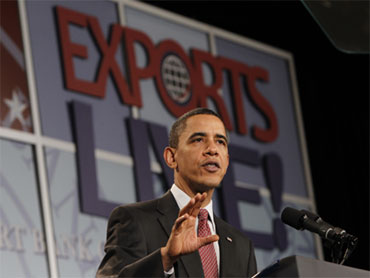 Prince Rainier III, who reshaped this Riviera backwater into a sparkling hide-out for the rich, is 81 and ailing. And some wonder whether after his reign ends, medieval-modern Monaco's fate will be to melt away into neighboring France.

Such talk, heresy to most Monegasques, is uttered only in hushed tones, and no crisis is necessarily imminent. The line of succession, on which Monaco's independence hangs, is assured through Albert, Rainier's popular 46-year-old bachelor son. And if his shy, retiring nature drives him to abdicate, sisters Caroline or Stephanie can step in.

But the world is changing fast around Monaco. Its French neighbors now belong to a 25-nation European Union bent on eradicating old anomalies and harmonizing its tax laws to undercut fiscal havens like Monaco. To survive, the tiny principality will likely need a tough-minded ruler.

For many close to the inner circle, such as Nadia Lacoste, Albert is plainly up to the job. Lacoste was palace spokeswoman in the heady days of Princess Grace, the actress Grace Kelly, who married Rainier in 1956 and was killed in a car crash on a hairpin bend in 1982.

"Albert will be a wonderful prince," she told The Associated Press. "On his own, he'll show a dynamic personality and effective leadership."

Albert himself outlined his dilemma in a rare interview with the Paris daily Le Monde: "If I say something against my father, people think I'm impatient to replace him. If I say nothing, I'm seen as an imbecile."

Still, other insiders expect Albert to withdraw from public life. None agree to be quoted by name, fearing regal wrath. Despite its velvet trimmings and elected legislature, they say, Monaco is run by fiat as it has been for nine centuries.

Rainier was hospitalized twice this year. For three weeks, he was treated for "general fatigue." In March, he spent 12 more days in the hospital for what the palace said were heart problems.

In Paris, authorities refuse comment on such a touchy issue as the status of Monaco. If assured of anonymity, however, some wonder aloud how much longer the principality can survive intact.

European Union officials are equally tightlipped about the fate of Monaco and other quirks of European history and geography such as San Marino in Italy, the Channel islands between England and France, and Andorra in the Pyrenees. But in private conversations, Monaco's future is a question.

Although no bigger than Central Park in New York, Monaco has all the trappings of an independent state — a seat at the United Nations, a passport and postage stamps, and a Legislative Council that drafts bills for the prince to sign.

But the French shadow is everywhere. Monaco's language is French, the currency was French francs and is now the euro, and visitors can breeze down the Riviera highway and into the principality without even realizing it.

The prince chooses his prime minister from among three French officials selected in Paris.

In 1962, President Charles de Gaulle resolved an economic dispute with a bald show of force. Rainier backed down in a face-saving compromise, but no one missed the broader message — Monaco exists at France's pleasure.

In 2000, three French auditors declared that Monaco was too lenient on money launderers. Now, quietly but increasingly, people speculate that a future French government will be tempted to exert sovereignty in the absence of a strong leader.

Whatever happens, Rainier's shoes will be hard to fill.

The prince has spent half a century remaking Monaco. His marriage to Grace Kelly at the peak of her Hollywood fame ("High Noon," "Rear Window," "Dial M for Murder") brought Monaco into the realm of fairy tale. After her death, Rainier channeled his grief into yet more public works.

Monaco's population of 32,000 includes only 7,080 citizens, but it has grown by 20 percent on land reclaimed from the Mediterranean.

A $328 million floating breakwater expanded the harbor capacity by a third to accommodate luxury cruise ships.

After high-rise apartments climbed up the mountainside, builders dug deep for underground office space and yet more parking for Ferraris and Lamborghinis.

Old Monaco perches on a looming rock, with the prince's storybook palace, the cathedral where Grace's remains are entombed, and a few narrow cobbled streets of government ministries and tourist shops.

Below is Monte Carlo and a small port choked with the giant white yachts of European industry kings and Middle Eastern potentates.

But with all of its transformation, the principality has yet to shake the epithet from pre-World War II days: A sunny place for shady people.

Monaco offers access to the enlarged European Union with few of its legal constraints. It levies no income tax and depends heavily on sales taxes, though the French and Americans are subject to their home country's taxes. Monte Carlo's fabled gaming tables are still awash in money.

The principality says little about its finances, but official U.S. estimates put the gross domestic product near $900 million, making the per capita income of more than $27,000 among the world's highest.

Private international watchdog groups have faulted its bank secrecy and EU authorities have pressed it to be more transparent. In December, the Paris-based Organization for Economic Cooperation and Development named only five countries as uncooperative tax havens: Andorra, Liberia, Liechtenstein, the Marshall Islands and Monaco.

She said 110 cases were investigated in 2003, and 19 were prosecuted. After rigorous questioning, she estimated the total under suspicion at about $120 million over four years.

But reporters pressing for details — such as whether Russian criminal money was involved — were answered with a smile, a shrug or silence.

"I love Monaco because it's not really part of the world," photographer Helmut Newton told The Associated Press just before his death in December. "It's a happy corner at the edge of everything."

Although he often traveled to his native Berlin, Newton made his headquarters here, along with Swedish tennis legend Bjorn Borg and a range of international notables.

If the ornate old casino and Cafe de Paris slot machines bring in only 4 percent of Monaco's wealth, they set the tone. All night, high-rollers in black tie mingle with sloppily dressed tour-bus crowds.

Elaborate remodeling has revived the grandeur of the Hotel Metropole, a Belle Epoque landmark that Rainier refused to let Aristotle Onassis demolish when the Greek shipping magnate was a major investor in Monaco.

Still, the principality's character has changed dramatically over the years.

"Visitors came for an entire season," said Jacques Ferreyrolles, 83, whose family has run the Balmoral Hotel since 1896. "They had style, a sense of class. Now they just come and go in a few days."

Although a fortunate few pay $100 for wild asparagus risotto at Alain Ducasse's three-star Louis XV restaurant at the Hotel de Paris, many more go for beer and burgers at the dockside Stars 'N' Bars.

Ferreyrolles misses the Princess Grace era of glamour and excitement. "It is tragic," he said. "The Americans now, they don't even change for dinner."

Monaco's government clearly feels the need to adapt to this new European order, shifting away from its image as a private family business run as a millionaires' playground. Also, it needs a broader tax base.

"Without any doubt, we must diversify, bring in new industries and businesses that go beyond casinos and tourism," Frank Biancheri, the economy minister, said in an interview.

The old attraction is waning. Perpetually jammed traffic dampens the Mediterranean mood. Prices are high. A two-room fixer-upper can cost more than a million dollars.

The royal mystique is wearing thin for many Monegasques.

Caroline's third husband, Prince Ernst August of Hanover, has been in trouble for punching out a German photographer and a hotel owner. Caroline runs her mother's charities, while waging a long court battle to keep journalists from prying into her life.

Stephanie, with two children born out of wedlock, periodically scandalizes Monaco. She divorced her husband of 18 months when he was pictured with a Belgian stripper. She then married a circus acrobat.

On the back streets, some Monegasques are downright rude about the ruling family, which they blame for high prices and a wasteful lifestyle. But others see a different picture.

Lucie Rinaldi, a ship chandler in the old port for 40 years, shrugged when asked what she thought about the future.

"We don't know much about what happens up on the rock," she said, "but we know what the prince has done for Monaco. We will miss him and, whatever happens next, the place won't be the same."