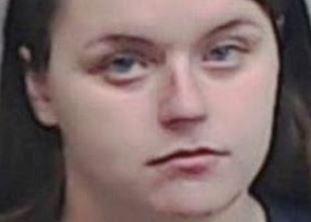 FULTON COUNTY, Ga. -- A Georgia mother was sentenced to prison Monday for allowing two men to rape her young daughters for drugs and cash. CBS affiliate WGCL reports 25-year-old Morgan Summerlin was sentenced to 30 years, 20 of which will be served in prison and the balance on probation. Summerlin admitted allowing Richard Office and Alfredo Trejo to rape and abuse the girls when they were 5 and 6, the station reports. They are now 6 and 7.

Her defense attorney argued that Summerlin herself had been sexually abused as a child. A judge called what happened to the girls "inexcusable."

The daughters said Office kissed and touched them and raped one of them in his Palmetto home, the station reports. They said afterward, he gave the girls $100, which their mother immediately took from them. A prosecutor said the girls were told to call him "'Pop" and that he gave drugs to Summerlin, reported TV station WXIA.

A jury found Office guilty of rape, trafficking a person for sexual servitude, sexual battery, and child molestation. A judge sentenced him to life in prison without the possibility of parole, plus 146 additional years.