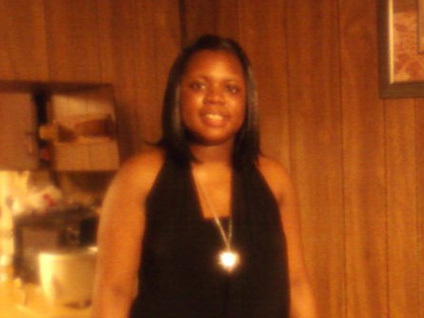 RAYNE, La. - When the tornado hit this Louisiana town, Jalisa Granger was instinctively sheltering her child from the sudden, fierce winds. Pieces of homes shot skyward, debris lodged in treetops and a U.S. Postal Service truck was flipped on its side.

When it was over, the 21-year-old mother lay dead. But her child survived the tornado's rampage through Rayne, a south Louisiana community of 8,500 people some 70 miles west of Baton Rouge.

Maxine Trahan, a spokeswoman for the Acadia Parish Sheriff's Office, said Granger was protecting her child when the tornado hit.

"She sheltered the child to protect her from the storm, and a tree fell on the house and it killed the mother but the child was OK," Trahan said.

Authorities say at least 12 people were injured by the tornado that had sprung from a vast storm system kicking up abundant moisture from the Gulf of Mexico. About 1,500 people were evacuated overnight because of natural gas leaks.

Most were still unable to return to their homes Sunday, said Rayne Police Chief Carroll Stelly.

About 150 homes had been damaged or destroyed as winds topped out at 135 mph. Others could not return to their homes because workers were still surveying damage and trying to get utilities running again.

A temporary shelter was set up at a fire station — about two dozen people were there during the night. A curfew was imposed for the storm-damaged area until early Sunday.

The home where Jalisa Granger, 21, had died was completely crushed by part of an oak tree. She, her toddler son and her mother all had to be pulled from the wreckage by neighbors and relatives on Saturday, said Trahan. The area hit hardest was composed of mostly low- to moderate-income homes.

"My heart goes out to the residents because a lot of them don't have any insurance," Trahan said. "So where do they begin?"

On Sunday, a cat stretched on top of the demolished home where Granger had been, sunning itself. Elsewhere, people's mud-soaked belongings had been strewn about the streets. Emergency workers had been spray-painting symbols on homes that they had checked. Splintered wood, glass shards and metal littered yards, while aluminum siding had been wrapped around trees.

The only sound was the occasional hum of a chainsaw in the distance, being used to cut downed tree limbs from power lines.

Pauline Patton, 64, and her husband, Howard, were at their apartment when she looked out the window and saw a funnel cloud bearing down on them. Suddenly, the power went out. Rainwater poured through the ceiling. Everything went black. It was like a bomb exploding as it passed over them, she said.

"It just happened so fast," she said. "You couldn't hardly see nothing. Everything was dark."

The couple was having lunch Sunday at the fire station-turned-shelter, courtesy of the Red Cross. They weren't sure when — or if — they'll be able to move back into the apartment.

Meanwhile, the police chief asked people to be patient while officials worked to make sure it was safe for people to come back to their homes or retrieve belongings. Stelly said they had not decided when to let people back in to the swath of town that had been closed off.

The system that hit Rayne quickly moved east and drenched New Orleans, where several Mardi Gras parades either were delayed, started earlier or canceled because of the severe weather.